Opinion: Why Are We Arresting Mothers for ‘Stealing’ a Public Education? 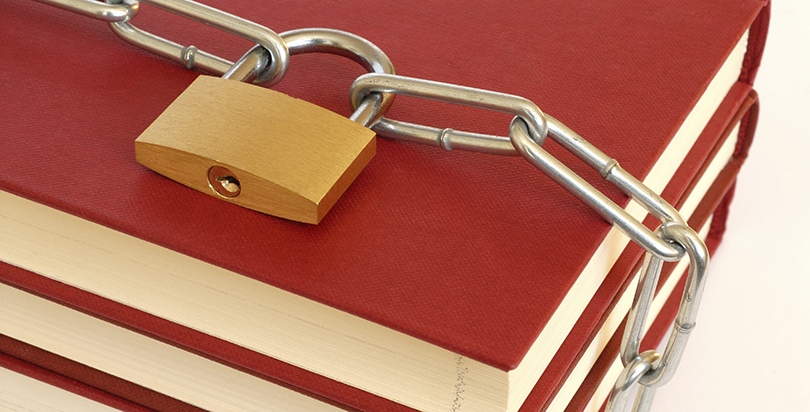 Every mother wants a better life for her child, and for so many parents across the country education has always represented the key to unlocking America’s promise for the next generation. From pre-k lotteries to Ivy League campuses, education is talked about as “the great equalizer,” aiding children of every socioeconomic background in climbing America’s economic ladder.
But what if your neighborhood school was broken? Broken for years, and generations? So broken that there was little chance it would ever lift your son or daughter, your grandson or granddaughter, to a better place?
In past generations, affluent families coped with such situations by selling their houses and moving in to more expensive districts with better schools or placing their children in expensive, private schools. Working class families sometimes got creative, and used the mailing addresses of nearby relatives or friends to quietly slip their loved ones into better schools a few streets over.
In the 21st century, however, moving kids to the school next door has suddenly become a crime, and an increasing number of parents — often poor, minority, and female — are being arrested and convicted for lying about their address in hopes of rescuing their little ones from dangerous and under-performing schools. In numerous cases, mothers have actually been thrown behind bars for “stealing” an education.
And it’s happening more often than you might think. 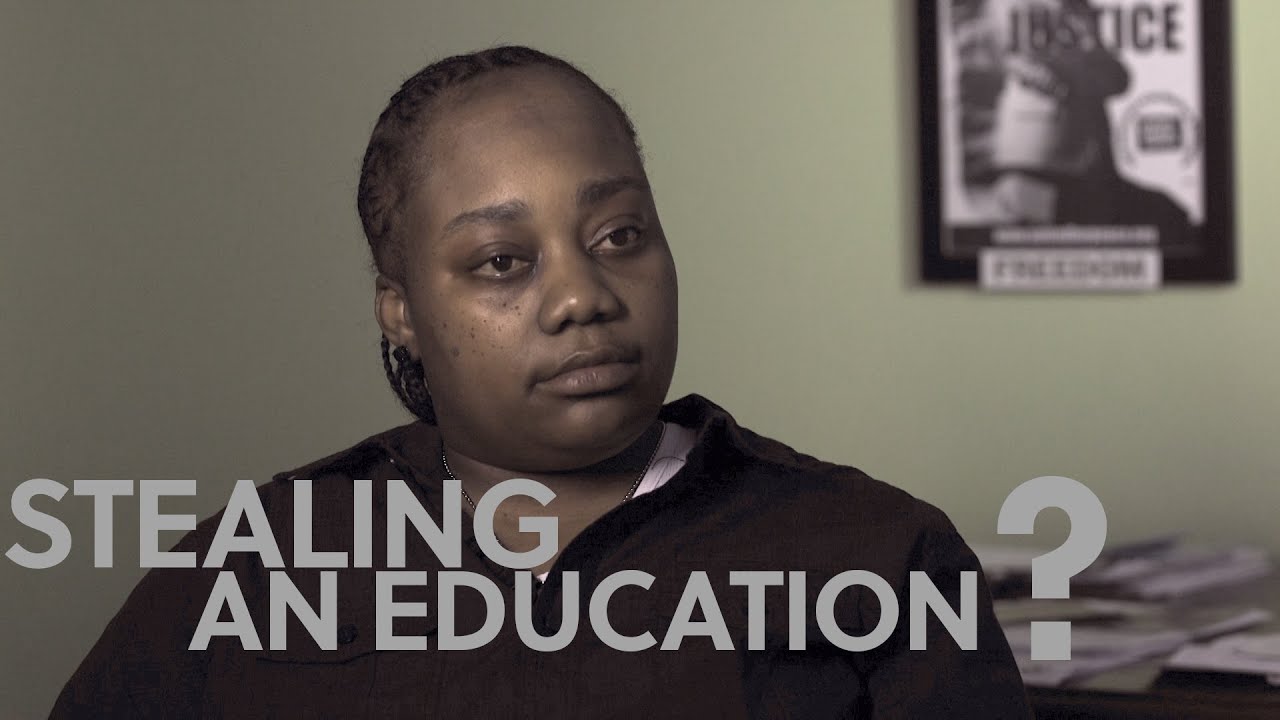 Jailed for “stealing” a public education

Consider the case of Tanya McDowell, a Connecticut mother who found herself sentenced to 12 years in jail — a sentence that included both larceny and unrelated drug charges — for enrolling her 5-year-old son A.J. at Norwalk’s Brookside Elementary School.
According to McDowell, at the time of her arrest, she was not only homeless but had been advised by an individual employed by the Norwalk Board of Education to consider Brookside for A.J. McDowell says she sought guidance from the school board after researching her neighborhood school, the Thomas Hooker School in Bridgeport, and coming to the conclusion that Hooker didn’t meet the academic standards she believed her son deserved.
It is with great pride that McDowell reminisces about how well A.J. did as a youngster enrolled in Connecticut’s Head Start program, and how passionate he was about reading and science at an early age. As a toddler, A.J. declared he would grow up to be either a scientist or a fireman; by kindergarten, he was reading at a third grade level.

Although only 22 miles separate Brookside and Hooker, the two schools might as well be in different countries. At the time McDowell enrolled A.J. at Brookside, it was academically superior to Hooker by every measure.  For example, according to Great Schools.org, which compares schools based upon test scores, in 2011, the year McDowell was arrested, results of the Connecticut Mastery Test (CMT) revealed a wide gulf in student proficiency in reading, writing and math: 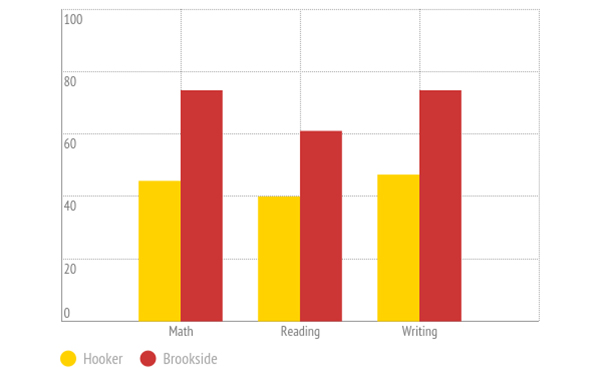 Source: GreatSchools.org
Based upon these academic metrics alone, where would you hope to enroll your child?
Rich Zip Code, Poor Zip Code
It should come as no surprise that the demographics of the zip codes in which the two schools are located paint a very different picture of what life is like for the children who attend class each day.
Analysis of recent census data paints a portrait of two neighborhoods with black and Latino populations higher than the state average.
School Population (Thousands): 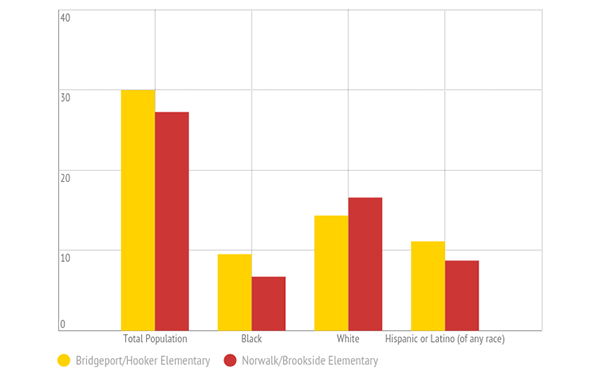 Of greater significance to the quality of the local schools is the highest education level achieved by adults, and the resulting average income. 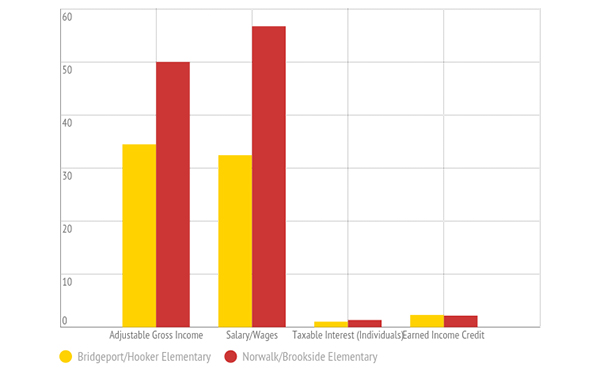 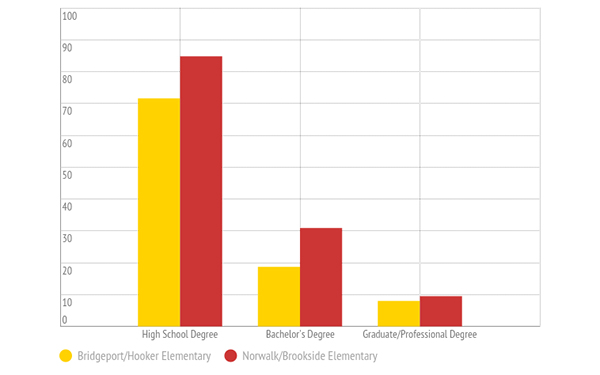 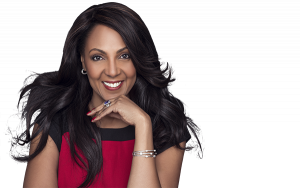 Michelle D. Bernard is a columnist for The 74, where she also serves as a member of the journalism advisory board. She is president and CEO of the Bernard Center for Women, Politics & Public Policy.