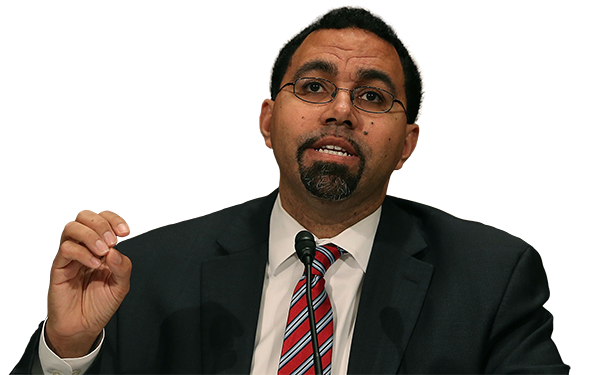 Under the new rules, states are required to review school districts’ special education data, looking for “significant disproportionality” affecting children of color. However, these regulations, like others issued late in the Obama administration, could be overturned by the incoming Trump administration and Republican Congress.

As of 2014, Native American, black, and native Hawaiian students were, respectively, 1.7, 1.4, and 1.6 times as likely to be identified as needing special education as children in all other ethnic groups combined, according to an Education Department report to Congress. Hispanic students were referred for special ed at the average rate, and Asian and white children were less likely to be identified as in need of special services.

States were first required to examine districts’ special ed data under the 2004 reauthorization of the Individuals With Disabilities Education Act. The new regulations govern how states calculate “significant disproportionality,” for the first time requiring a uniform calculation, and what districts must do to remedy it. They also put a new emphasis on disparities in discipline, long an area of focus for the Obama administration.

“It is our moral and legal obligation to fully uphold all of [IDEA’s] provisions,” Education Secretary John King said on a call with stakeholders and press.

Districts identified as having “significant disproportionality” must use 15 percent of their federal special education funds to provide early academic and behavioral supports for students not identified as needing special ed services. The new regulations also require districts to identify and address the causes of the disproportionality, including, for example, implicit bias among educators, King said. Under the regulations, districts can for the first time use the 15 percent set-aside for pre-kindergarten programs and to provide additional help for students with disabilities.

The regulations stem from a 2013 Government Accountability Office report that found wide disparities in the standards that states used to judge “significant disproportionality” and trigger early intervention services. Nationally, only about 2 percent of districts in 2010 were identified as having significant disproportionality in rates of identification for special education services.

That low number “raised concerns about whether the prior regulations were being implemented to meet Congress’s intent to address racial and ethnic disparities in special education and to ensure compliance with IDEA,” Sue Swenson, acting assistant secretary for special education and rehabilitative services, said on the call.

Despite the low 2 percent figure, the GAO found a wide disparity among states: In 21 states, no district met the state’s threshold for overrepresentation of students of color, but the number of districts identified as requiring early intervention was as high as 45 percent in Rhode Island and 51 percent in Louisiana.

The new regulations will require a uniform calculation across states, as recommended in the GAO report, but they allow some flexibility. For instance, states can use up to three years’ worth of data to account for possible volatility in district figures and can relax requirements for districts that show significant disproportionality but are making efforts to remedy it.

The new regulations “will have a profound impact in ensuring students in special education are getting the supports they need and are entitled to,” King said.

The Democratic leaders of the House and Senate education committees praised the regulations in a statement.

“This final rule will help ensure states and schools are working under clear standards to address these inequalities and that they have the resources needed to better serve and educate students of color with disabilities under IDEA,” Sen. Patty Murray said. “I will push the incoming Department [of Education] to implement this critical rule.”