States Keep Their Focus on ESSA Implementation Amid Upheaval in D.C. and Beyond 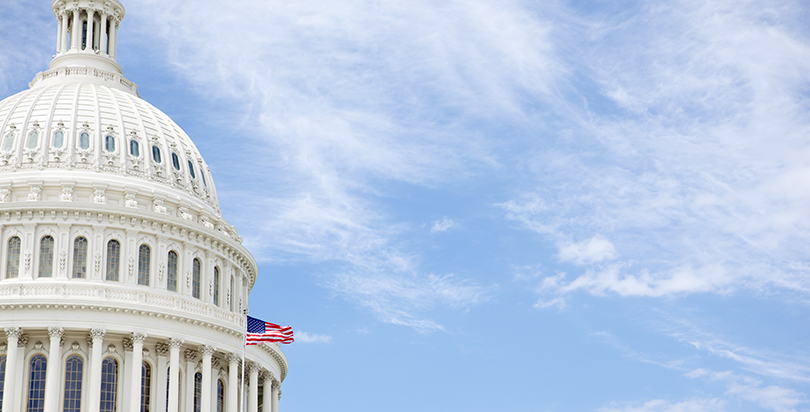 The onus for ensuring equity for the most vulnerable student groups and accountability for their progress was always going to fall on the states under the now year-old Every Student Succeeds Act.

Yet after Republican Donald Trump’s surprise win — and the accompanying shifts in federal oversight — the burden of executing the new K-12 federal education law will rest even more on local officials in 2017 and beyond.

(The 74: With Greater Power Under ESSA, State Education Officials Commit to an Era of Greater Responsibility)

At the federal level, there are likely to be changes to the rules states must follow in crafting their ESSA accountability plans — how they will measure whether schools are meeting expectations for student performance and intervene in those that don’t. The Obama Education Department released those rules last month. There are some notable differences from a May draft version, such as giving states more flexibility in how they rate schools and deal with schools where high numbers of students opt out of standardized tests, but Republican leaders still put them on a list of administration regulations the GOP-controlled Congress will block.

Still pending are the contentious provisions for how states use federal Title I dollars, commonly known as “supplement not supplant,” meaning those dollars must bolster local spending on services for poor children, not replace them. Those rules are almost sure to be overturned next year if the Obama administration does finalize them before January 20 and the advent of the Trump administration.

(The 74: How Would Congress Gut Obama’s Education Policies, Anyway? The Congressional Review Act)

Yet for all those impending changes coming out of Washington, D.C. — along with a slate of new faces running governors’ mansions and state education departments next year — the hard work of implementation continues, state education advocates said.

“Nobody is sitting around waiting for the federal government to either change or not change regulations,” said Chris Minnich, executive director of the Council of Chief State School Officers, a bipartisan group representing state education secretaries and state school superintendents.

So far about a dozen states have put out at least one draft of their state plans, which must consider robust and diverse public comment and get approval from the state’s schools chief, governor and state board of education before being sent to the federal Department of Education. Under the changed accountability rules, those plans are due to the Education Department for review by either April 3 or September 8 of next year, with identification of schools in need of “comprehensive support” (those in the bottom 5 percent or high schools with low graduation rates) to begin in the 2018–19 school year. Many states requested that be pushed back from the original 2017–18 timeframe.

“The best thing you can do is just largely continue what you’ve been doing,” Minnich said, realizing that ESSA was always about how the states were going to chart their own course on accountability, not rely on mandates from Washington.

That advice was common among leaders of state education advocacy groups: look to the law for guidance, and, given that it puts so much power in the hands of state leaders, consider it a floor rather than a ceiling for efforts to advance equity in schools.

“We believe that much of what was in the proposed accountability regulation, states were already heading down that road anyway,” said Stephen Parker, legislative director of the Education and the Workforce Committee at the National Governors Association.

Mike Magee, CEO of Chiefs for Change, a group of state and district leaders committed to choice, high standards and other education reforms, said they have encouraged members to focus on accountability systems and turning around failing schools, with an eye to both evidence of what has worked over the past decade and, as always, increased equity.

“While I’m sure the Trump administration and the [Education] department will have an influence and an impact on how states think about their plan, the fundamentals, to our mind, really haven’t changed,” he said.

The Every Student Succeeds Act puts the work of ensuring equity largely back in state hands — but the change in the administration does mean a certain loss of federal cover for leaders wanting to go further in holding schools to account for student performance.

Minnich argued that those leaders lost their federal alibi when the law was passed, not after November 8’s unexpected presidential election results.

A general sea change in politics across the country has made the “D.C. made me do it” excuse lose some of its weight, Magee said.

“We certainly see this playing out across the states that we’re working with, that the kind of local-control zeitgeist is very powerful, and I think that the benefit you get out of being able to say, ‘The feds are telling us we have to do it,’ is much more limited than it might’ve been in the past,” he said. “In some ways, I see an opportunity in that. If you want to do something bold and innovative, you really can’t take any shortcuts anymore.”

Since the passage of ESSA, Education Trust, a group that advocates for high achievement for students at all levels, particularly low-income students and students of color, has worked to build up local and national coalitions with civil rights and business groups to make sure states continue efforts to increase equity through tough accountability, said Kelly McManus, the group’s interim director of legislative affairs.

“Equity-focused efforts stick the most when it is a broad, inclusive table which is speaking with the same message at the local and state level. What happens in D.C. often does not necessarily mean that real efforts will take hold in states in a meaningful and lasting way,” she said. “The federal government could say a whole lot of things, but if there’s not local buy-in, it’s not likely to be sustained; it’s not likely to be something that has the same impact.”

For states that don’t have an existing education-reform infrastructure to build up those sorts of coalitions, the best thing to do is celebrate successes and shame bad actors, McManus said.

“A lot of what happens in education in one state is influenced by what’s happening in the states around them,” she said.