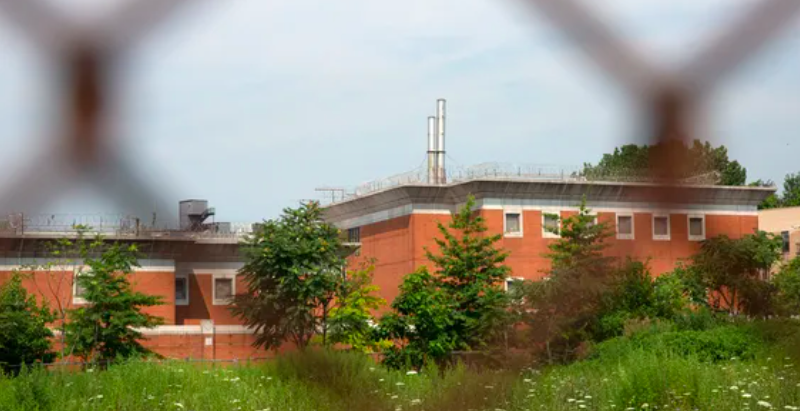 This story was originally published Oct. 7 by THE CITY.

Juvenile lock-ups in the city are facing a staffing “crisis within [a] crisis” as overworked guards manage an aging and increasingly listless population of detainees.

Youth advocates and union officials are asking for more staff and structure in the detention facilities as the city’s child welfare agency struggles to maintain a workforce dealing with injuries and exhaustion.

According to the Administration for Children’s Services, only 401 of the required 850 so-called Youth Development Specialists were working as of Monday. This as nearly 250 positions have been left unfilled, and more than 200 specialists are out on worker’s compensation or other reasons.

Social workers and kids primarily want more and better “programming” outside of their halls, which includes educational courses, job training, therapeutic work and physical activities. Meanwhile, union members are calling for the city to hire hundreds of workers that were promised years ago.

Both groups say more social and educational stimulation for the young detainees — which would require more staff — would help quell violence and foster a healthier environment.

“There is a sitting audience that is thirsting for knowledge and thirsting for positive activities while they’re there,” said Ron Schneider, a social worker with Brooklyn Defender Services. He said his young clients have noted a marked decline in creative outlets since the pandemic began.

The recently released Mayor’s Management Report shed some light on the current state of affairs at New York City’s juvenile facilities, even as most eyes were focused on the problems at Rikers Island.

The data showed an older population, staying longer than before at the city’s two secure juvenile detention centers, Crossroads, in Brooklyn, and Horizon in The Bronx.

Currently, the population at the facilities is shifting towards late teens: 48 of the 139 kids currently detained are over 18. Youth detained there as minors can now stay until they are 24, following the 2017 passage of Raise The Age legislation, which removed minors from adult jails and the purview of the city’s Department of Corrections from the juvenile lockups.

That presents a challenge, say staff, who complain that older detainees are physically more difficult to control, and can be a bad influence on younger kids. 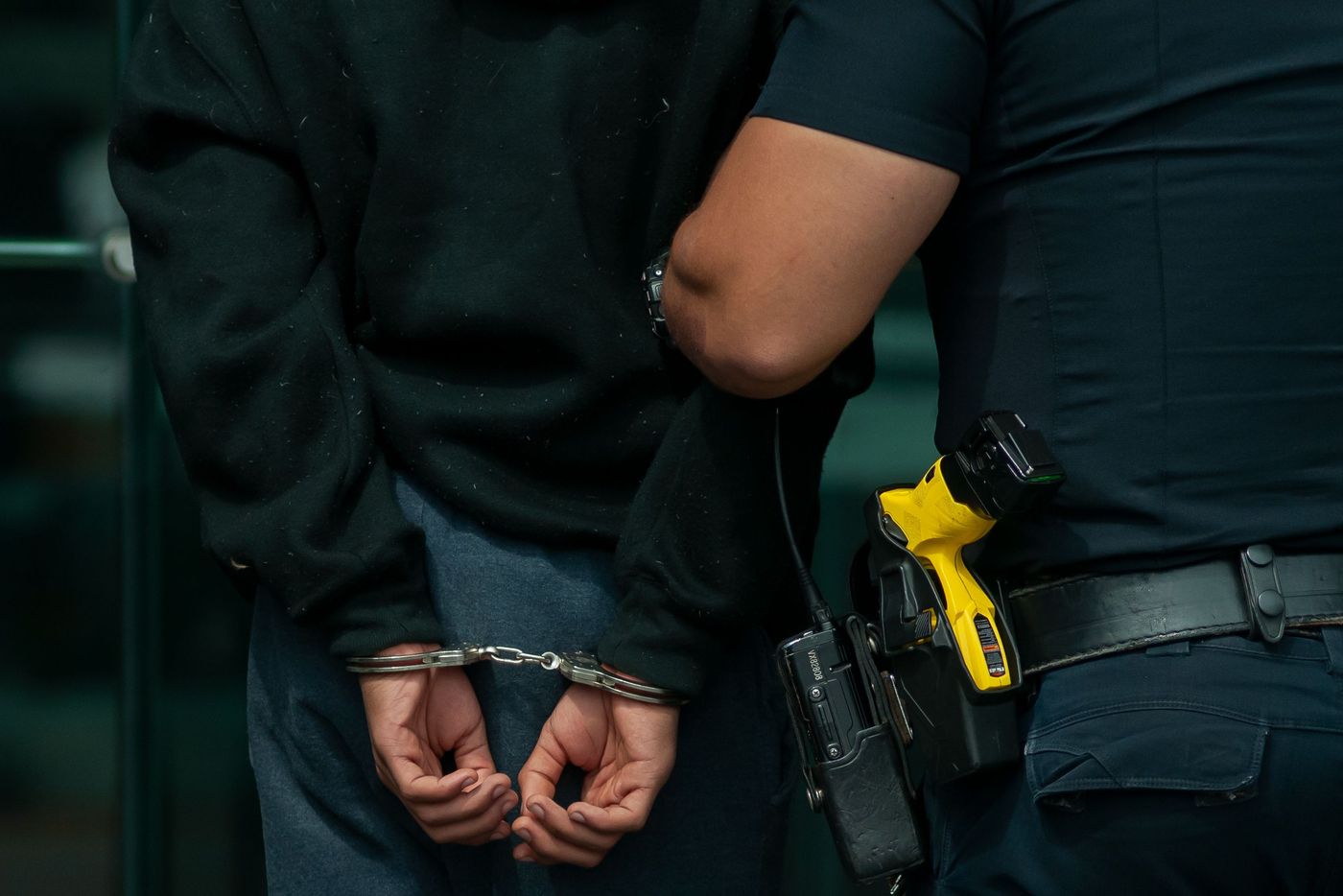 NYPD officers walk a juvenile defendant through the front door of the Bronx Hall of Justice on East 161st Street for an arraignment, Aug. 13, 2019. (Ben Fractenberg / THE CITY)

According to the MMR, the average daily population of youth in juvenile lockup decreased 7.6% across the city’s network of detention facilities — from about 129 kids in 2020 to nearly 119 in 2021.

But fewer kids are returning to detention as well: Some 49% of detainees locked up in 2021 had previously been incarcerated, down from 58% of youth last year.

The dive in population was “largely the result of the COVID-19 pandemic” according to the report. The Legal Aid Society also sued to release children held as the virus raged — and ultimately, dozens were sent home.

This marked the mayor’s third management report since state legislators passed the landmark Raise the Age legislation, which removed New York from the short list of states that automatically prosecuted teens as adults.

Lisa Freeman of Legal Aid called the shrinking population “a wonderful thing that has come out of the pandemic and something that should be a lesson going forward.”

For advocates of youth still on the inside, programming and school remain paramount.

“The kids do state that if it’s not for school, they’re sleeping all day long, there’s nothing else to do. So they are asking for programming,” said Schneider.

Last year, THE CITY found that kids in detention doing remote learning were stuck on mute and could not speak to their teachers for much of the pandemic. Now, youth have returned to full in-person schooling, according to ACS.

Schneider visits his clients at Crossroads on a daily basis and said that the structure young detainees receive from school and programming outside their units helps to dampen potential conflict at the facility — and staves off depression and loneliness in kids.

Before the pandemic, he said, outside agencies would provide consistent in-person programming such as mentorship, job training, even work through the city’s Summer Youth Employment Program. But since COVID-19 descended on the facilities, youth have reported that activities have been severely limited. 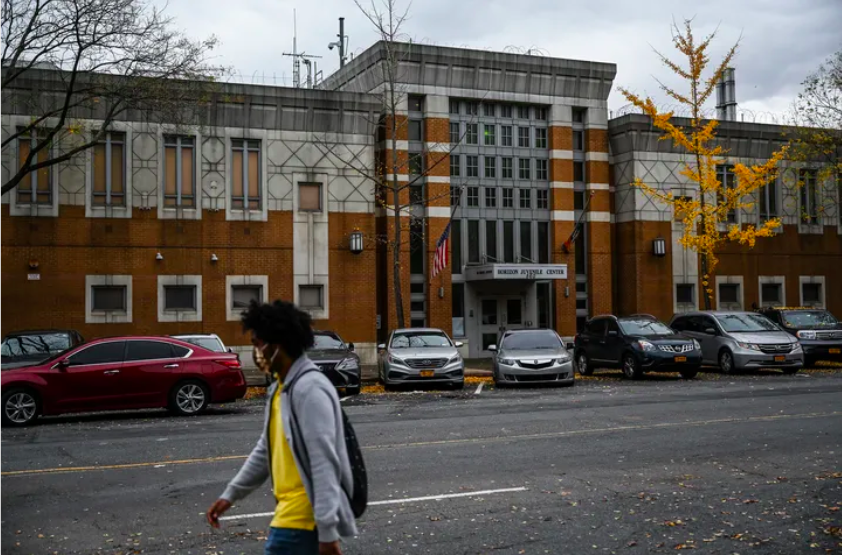 ACS would not say what percentage of programming at Crossroads and Horizon is by outside providers, or how much of it is happening as scheduled.

As of Wednesday, at total 139 youth were living at Horizon and Crossroads and about 21 children were staying in less-secure settings. Many are being held there while still awaiting a trial.

“If we want safer facilities where youth have the opportunity to spend the majority of their time productively working towards their employment and career goals, the city needs to make a significant investment in workforce programming,” said Laurel Gwizdak Rinaldi, director of youth services at the Center for Community Alternatives,  in a statement to THE CITY.

“Ideally youth would be engaged every evening and weekend in high-quality vocational, certification, pre-apprenticeship and college access programming,” she explained, but added that hands-on workplace training in detention is “ far more costly than your typical arts and recreational afterschool program.”

To Darek Robinson, the vice president of grievances for SSEU Local 371, which represents the youth development specialists who run the facilities, agrees that programming is “necessary, definitely necessary.”

He added, “That’s been falling a little short because they’re short staffed. Just too many people out on worker’s comp.”

According to ACS, as of Oct. 4, 201 staffers were out on sick leave or on worker’s compensation — leaving less than half of the number of staff required to properly run the facilities on duty. ACS also changed shifts from seven to 12 hours as the coronavirus pandemic wracked an already-stretched staff.

Union President Anthony Wells called the mix of understaffing and the pandemic “a crisis within the crisis.”

“The state implemented Raise the Age too soon,” said Wells, “because it didn’t give us enough time to really prepare. We don’t want the kids treated as adults. But it could be done a lot better.”

“You’re doing 16 hours a day, 18 hours — you feel [that] by the time you get home you’re not getting proper sleep, you’re exhausted, you’re not 100% so that has an immediate effect on the decision making process, watching kids — has an adverse effect on performing your job,” he said.

That’s where mistakes are made on the staff’s end, he said. The union continues to await the result of a lawsuit pushing for the return to traditional 7-hour shifts. 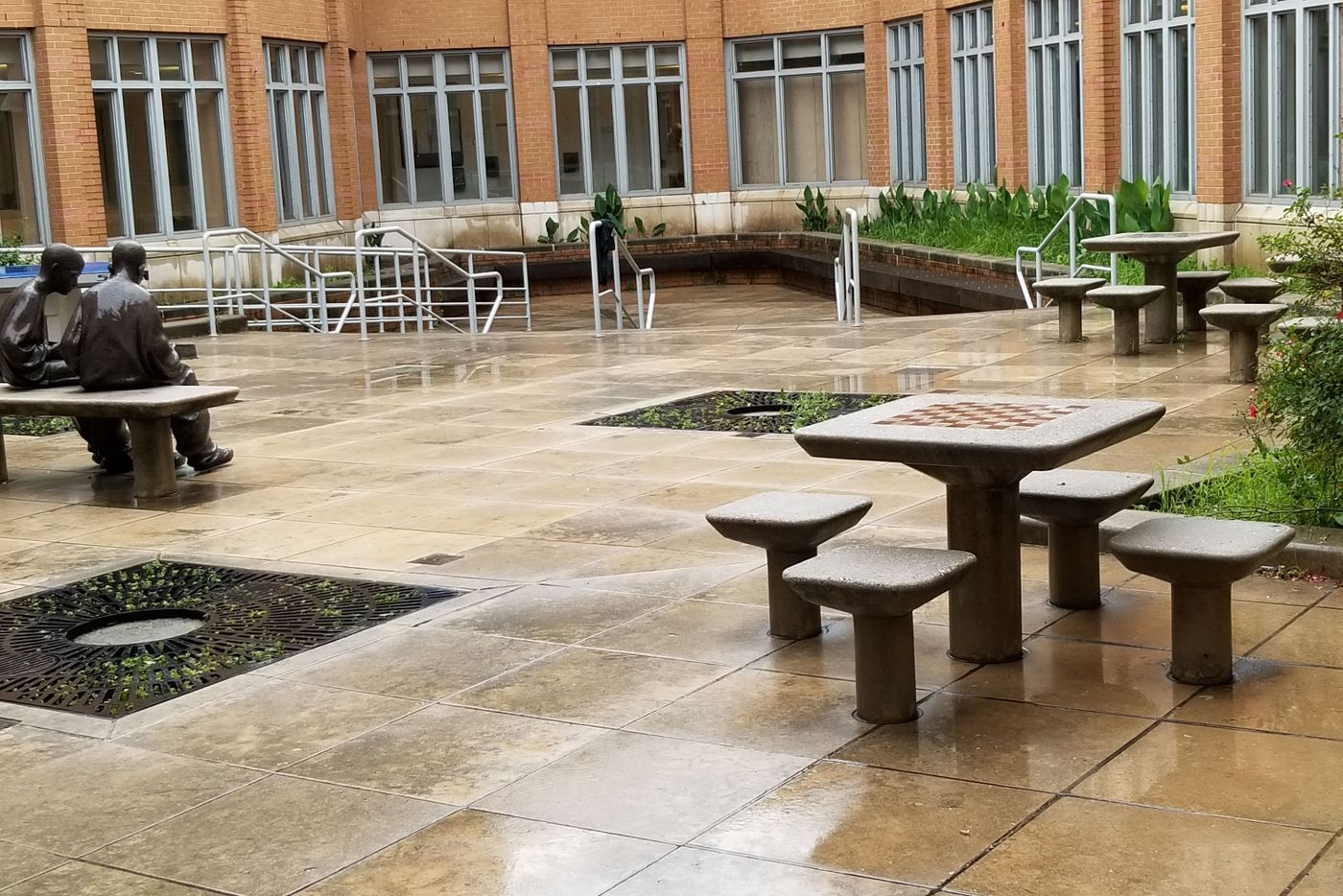 The interior plaza where teens at Horizon Juvenile Center get fresh air. (Courtesy the Administration for Children’s Services)

Robinson also called for a way to hold detainees, especially the older ones, responsible for their actions, and charged assaults have been an ongoing threat to staff.

According to the Mayor’s Management Report, rates of violence between detainees resulting in injuries across all types of juvenile detention have held steady since 2020, dropping slightly from .35 to .34 per 100 youth.

The report did not include use of force by staff on children. But last year a federal monitor overseeing city jails slammed Horizon for ongoing “hyper-confrontational conduct” by ACS staff and stated that “the culture of disorder at [Horizon] must be transformed.”

A new report by the federal monitor on both Horizon and Crossroads is expected by the end of the year.

Marisa Kaufman, an ACS spokesperson, told THE CITY that the agency has been “aggressively recruiting, hiring and training multiple classes of [Youth Development Specialists” to address the staffing issue.

It is also “working to better align the preservice training that YDS receive before they are assigned to a facility to ensure it reflects the full reality of the environment,” as well as providing emotional and mental health support.

The agency is also working with embedded consultants from the National Partnership for Juvenile Services to “help [ACS] improve practice and ensure an even safer environment for youth and staff,” Kaufman explained.

She also added  that “In-person programming occurred throughout the month of September,” that outside service providers were at detention facilities “every day,” providing a variety of programs such as gardening, drama club, urban farming and more, in addition to in-house programming.

But Lisa Salvatore, head of the juvenile defense practice at Brooklyn Defender Services, said the reality for teens behind bars is a different story.

“There is a big difference between ACS’s policies and the lived experiences of young people who are in detention,” she said. “What the young people we represent tell us is that they crave programs and education but are not getting enough of what they need to thrive.”