Special Ed Kids Deserve a First-Class Education. Top Charter Networks Must Give It to Them 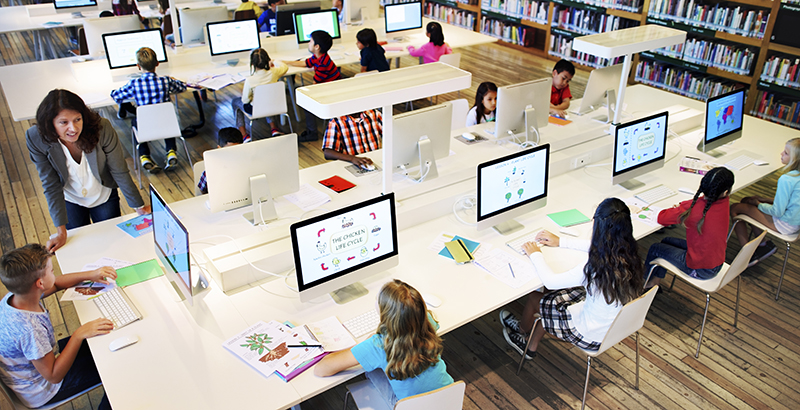 Charter management organizations have revolutionized education in New York City. Will they do the same for special education?

In New York City, charter management organizations like KIPP, Uncommon Schools, Achievement First, Democracy Prep, and Success Academy have raised the bar for public schools in low-income communities. Each of these organizations was founded to address the gap in college access between students of privilege and students without, and although the job is not finished, I am convinced that they have done more to narrow it than any other policy intervention.

Whatever one believes about their overall mission — or the flavor of their instructional methods — it is undeniable that, by attending one of these schools, the average child from a working-class family in Harlem has a significantly better chance of finishing college and entering the middle class than he or she would at a non-charter alternative.

But what about the child who is not “average”? There is some evidence that students who have been assigned Individualized Education Plans in response to being diagnosed with a disability learn more and are more likely to be declassified as special-needs at the most effective charters. Yet it is no secret that students with special needs do not graduate from these schools in representative numbers.

While many schools in these networks take in roughly the same number of students with IEPs as traditional public schools, their attrition rates can be high. Critics of charters assert that this is by design; students with IEPs, they say, lower the school’s test scores, so they are expelled, repeatedly suspended, or “counseled out.” The truth, in my experience, is that even the best schools, charter or not, struggle to build the right support systems for students with special needs, and parents transfer them often in search of a good fit.

Here’s how it happens. A few years ago, a student I’ll call Del won a spot at Democracy Prep, the Harlem-based charter management organization where I work. I taught seventh-grade writing at the time, and I remember him in class: quiet, kind, insightful. But rarely there. I didn’t see him for the first two weeks of school, and when he did start coming, he was usually late.

Del lived in the Bronx, at the end of a subway line, and the trip to Harlem was long. But many other students had similar commutes, and they arrived on time. In talking with his mother, we sensed that the problem for Del was not logistic; it was emotional. “Sometimes I can’t get him out of bed,” his mother told us. “He just doesn’t want to go to school.”

Experienced teachers won’t be surprised by the reason. One day I asked him to stay after school for a quick diagnostic test, and I learned that it wasn’t just that he had trouble understanding what he read; he couldn’t sound out the words. Most children learn how to do this naturally, just by reading, but some don’t. Some are dyslexic. These children need more explicit instruction in phonological awareness, or phonics, and if it is done early, in first and second grade, and followed up with accommodations like books on tape and extra time to finish assignments, they can thrive.

Del, unfortunately, had already spent more than seven years in school, learning little and hiding his reading difficulties as best he could. This caused two problems. The first was that middle school teachers in city schools, even special education teachers, often do not know how to teach such basic reading skills, so it was not clear who would be able to teach Del phonics. The second problem was that, after seven years of failure, Del’s confidence was badly damaged, he loathed coming to school, and he was rightly skeptical that we could help him.

After our meeting, I told Del that I would teach him how to read if he could just stay after school for 30 minutes each day. This would be in addition to my full load of teaching writing to 120 seventh-graders, but I didn’t know how else to solve the problem. He agreed, but he didn’t come to school the next day. Or the day after. For the rest of the month, he showed up so infrequently that it was difficult to get a program going.

Phonics instruction, especially for older students, requires a lot of practice and repetition for it to work, and Del was receiving it so infrequently that I kept having to review the first lessons. By the end of the semester, he was failing every class, and by December his mother had transferred him back to his neighborhood public school.

We had not counseled him out, but we knew we had failed him. It was not a failure of will or energy; it was a systems failure. I believe that if we had diagnosed him earlier, and taught him what he needed earlier, while more directly addressing the trauma caused by seven years of failure, taking deliberate steps to make sure he felt part of the community, he would not have transferred.

Dyslexia is the most common form of learning disability; by some measures, it affects 1 in 5 children. Yet few NYC schools, charter or not, even screen for it, and even fewer intervene effectively. The same can be said about less common disabilities such as expressive and receptive language disorders, dysgraphia, autism, and intellectual disability.

Fortunately, some charters are beginning to innovate. Both Achievement First and KIPP have begun pilot programs for students with disabilities. In 2015, Duncan Scherer, whose brother was born with profound disabilities, founded a program at Democracy Prep called Pathways. He designed it with students like Del in mind, students who he knew could succeed at our schools, rigorous as they are, with the right academic and emotional supports.

I joined in this effort as director of the literacy program. One of our initiatives was very simple: screen our students for dyslexia — a term that, until recent legislation, did not even appear on IEPs in New York City, having been struck from the latest edition of the Diagnostic and Statistical Manual of Mental Disorders, the DSM-5 — and teach phonics to those who needed it. Last year, our students improved an average of two grade levels on the widely used Measures of Academic Progress assessment, an adaptive test that can show growth happening even if it’s far below grade level. This year, we are scaling up the practice to all Democracy Prep’s NYC-based schools — elementary, middle, and high.

Improving our instruction for dyslexic students is just a first step. Parents of all students with special needs should be able to see their children graduate from high school — and a postsecondary institution of their choice — without having to win a voucher or file a lawsuit. Charter management organizations in New York City have led the charge in improving outcomes for low-income students, but they have not yet done the same for students with IEPs. They should. Not because it will raise their test scores, or improve their graduation rates, or lower their suspension rates, or improve their public image — though it will do all those things — but for a simpler reason, one that predates charter schools and transcends politics.

It’s the right thing to do.

Noah Mackert, an adviser to Democracy Prep Public Schools, has taught in New York City public schools, both traditional and charter, for 10 years.

Noah Mackert, an adviser to Democracy Prep Public Schools, has taught in New York City public schools, both traditional and charter, for 10 years