South Bronx Classical: Out of the Spotlight, in One of America’s Poorest Neighborhoods, a Growing Network of Schools Is Driving Big Results for NYC Students

When the New York State test scores came out this fall, the New York City Charter School Center prepared an analysis that included a scatter plot mapping every charter network according to the average math and English proficiency rates of its students. In the top right corner, where proficiency rates near 100 percent, the well-known Success Academy network appears. But just a hair below it is a network that rarely gets any attention: South Bronx Classical.

South Bronx Classical now has four schools that ring the neighborhood, one of the highest-poverty areas in the country. The placement of the schools is intentional: The network’s ultimate goal is to have a Classical charter within walking distance of every child in the South Bronx. The growing network has 1,400 students this year.

The demographics of Classical’s student population mirror that of the South Bronx: 43.6 percent of students are black, 51.4 percent are Hispanic, 86.7 percent are economically disadvantaged. The percentage of students with special needs is only 10.5 percent, which is about half the city average. English learners make up 18.1 percent of Classical’s student population, slightly above the city average. Last year, some 7,500 students applied to South Bronx Classical via the charter sector’s online common application; 360 students won seats.

Classical’s founder, Lester Long, has an interesting backstory. He attended public schools growing up in Middletown, New Jersey, but says he “was a disengaged suburban kid” more interested in playing guitar than studying geometry. (An accomplished guitar player, Long also served as president of the New York Classical Guitar Society for a while.)

For several years after high school, he drove a truck and worked in construction before starting night classes at Brookdale Community College, where, he says, “something clicked.” He did well enough to get accepted at Dartmouth, from which he graduated in 1993 with a degree in economics.

After Dartmouth, Long launched a career in finance, working for firms such as Société Générale and Lehman Brothers. He says he enjoyed the work but felt “empty” and decided to join the New York City Teaching Fellows program, an initiative that helps professionals from other fields earn their accreditation and teach in the city’s public schools.

Long was placed in a low-performing school in the South Bronx, where from 2001 through 2004 he taught literacy, mathematics, physical education, and music while earning a master’s in elementary education from Hunter College at night. During this time, he began to envision a better alternative than his district school offered: one in which students would be given an “elite” education and be “challenged and engaged.”

Long holed up in his apartment, reading books on classical education such as The Trivium: The Liberal Arts of Logic, Grammar, and Rhetoric by Sister Miriam Joseph and The Well-Trained Mind by Susan Wise Bauer. He also won a fellowship from the organization Building Excellent Schools that allowed him to visit high-performing schools up and down the East Coast and cherry-pick the best ideas from each. Meanwhile, he diligently prepared a charter school application. He was given authorization by the city in 2005 and was provided with a few classrooms in the Intermediate School 217 building in the South Bronx’s Longwood neighborhood.

South Bronx Classical opened in 2006 with 130 kindergartners and first-graders. It grew grade by grade until its first class of eighth-graders graduated in 2014. In recent years, as student demand has grown, the network has opened three additional schools: Classical II in 2013, Classical III in 2015, and Classical IV in 2017. Classical I and II share buildings with district schools, while Classical III and IV use rental assistance from the city to access private space. “Facilities are our greatest impediment to growth,” notes Long.

When asked the secret to Classical’s success, he echoes the school’s website, which declares that “great instruction requires great curriculum.” The schools utilize a meticulously planned classical curriculum that includes Latin studies starting in third grade and debate beginning in fourth. Why study Latin and debate? Long believes these subjects provide students with the three basic tenets of a classical education: understanding language, learning to think well, and learning to communicate well. 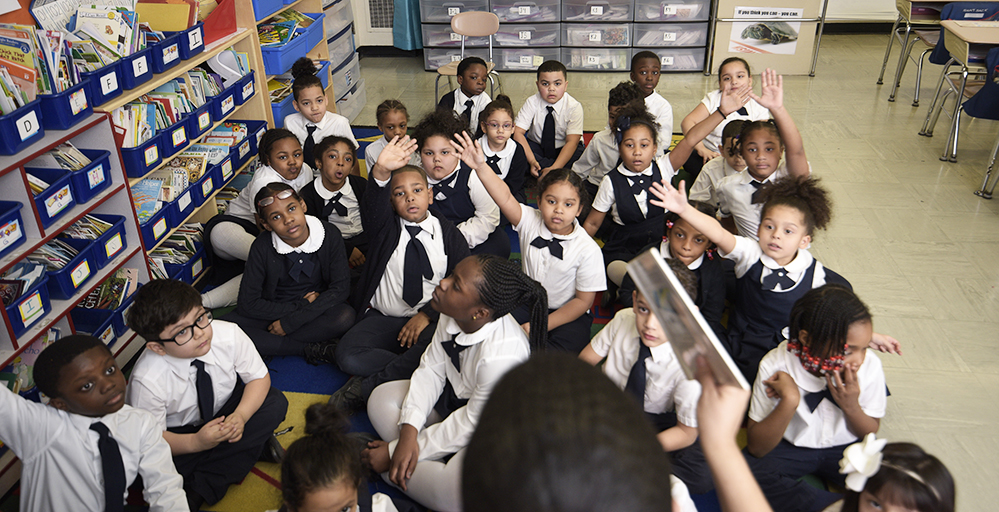 Long also believes that “to be classically educated, you need to experience the world.” So eighth-graders travel to Italy (and hear Latin spoken at the Vatican), seventh-graders visit Montreal, sixth-graders take a trip to Boston, and fifth-graders go to Washington, D.C.

Long notes that Classical’s curriculum is “teacher-built” and “teacher-revised”; teachers help refine the curriculum each summer and are provided with a database of detailed and rigorous lesson plans for every lesson in every subject in every grade. Long estimates that his teachers spend about 7,000 hours on curriculum revision and development each year.

To attract and develop high-quality educators, Classical Charters has launched a ClassiCorps Teaching Fellowship program through which new teachers commit to the network for at least three years while earning their master’s degree through the Relay Graduate School of Education.

Unlike most charter networks, Classical is not structured as a charter management organization. Instead, the network is operated with a small administrative staff housed at the original school. Long doesn’t have a proper office and works mostly out of a conference room. Classical schools also don’t have principals. Instead, they employ a “grade team leader model,” whereby each grade at each school has a lead teacher, who is paid slightly more and takes on some of the responsibilities of a school leader. Long notes that these innovations “save money but also bring everyone closer to the students.”

Still, Classical schools, like many schools — both district and charter — experience considerable student attrition. For example, in 2017-18, South Bronx Classical I had 33 students in eighth grade. The same class cohort consisted of 50 students in fourth grade, which translates to an attrition rate of about 9 percent per year. Classical’s stated backfill policy is to admit students through the beginning of sixth grade if a spot opens up. But Long says that space constraints and a desire to keep class sizes at 20 or under limits Classical’s ability to do so.

Like at Success Academy, the combined effect of student attrition and limited backfilling of vacant seats surely accounts for some portion of Classical’s stellar test scores, but not all of it. Across the network’s four schools, 92 percent of Classical third-graders were rated proficient in English in 2017-18, while 97 percent of eighth-graders were. Proficiency rates actually went down in math, from 98 percent in third grade to 94 percent in eighth grade. If Classical were pushing out low performers, one would expect proficiency rates to rise through the grades. Finally, it’s also worth noting that other charter schools have similar attrition rates without the eye-popping test scores.

While proficiency rates don’t tell us everything about a school, they certainly tell us some things. And the Classical network’s test scores indicate that a lot of great teaching and learning is taking place in the South Bronx. More attention should be paid to this quiet success.