Sorensen: How the ‘Friends of the Children’ Mentorship Program Helps Vulnerable Youth Thrive 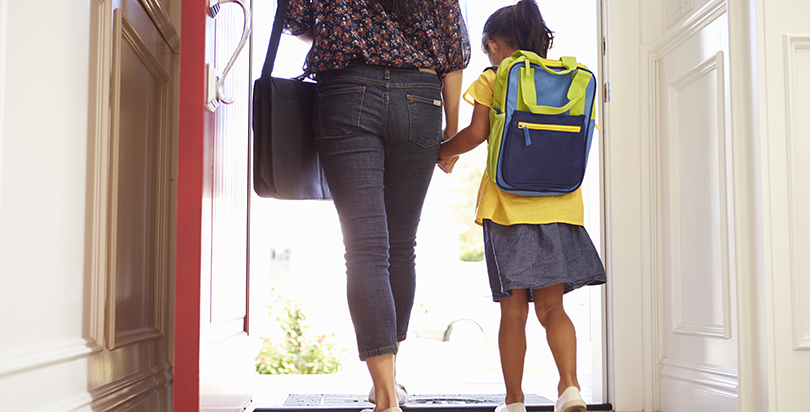 Michael, who lives in Portland, Oregon, is the youngest of three kids. His mother, a domestic violence survivor, became a mom at age 16. When Michael was 4 years old, his father passed away in prison.

Family circumstances such as these can send kids in a downward spiral, one for which Michael was certainly at risk. But in kindergarten, he was selected to participate in Friends of the Children, a 12.5-year professional mentorship program. He began working with his mentor, or Friend, Gary, which changed Michael’s life.

When Gary first met Michael, Michael was dealing with sadness, abandonment, depression, and aggression. In first grade, he was suspended 15 times for aggressive behavior. Michael didn’t enjoy school and fell behind.

Gary worked with Michael to develop problem-solving and self-management skills. He built Michael a road map, which included using the game of basketball to teach critical social and emotional skills. On the court, Gary would talk through strategies with Michael to deal with his frustrations using the same strategies for self-management and problem-solving that he would need to be successful in school. At the same time, Gary worked with Michael directly in the classroom to apply those skills.

Gary saw the need for extra support for Michael. He worked with Michael’s mother to advocate for him and helped her to understand her son’s emotional and educational challenges.

In second grade, Michael was suspended 11 times, an improvement over the previous year, but he continued to struggle.

Then Gary nominated Michael to be a speaker at a Friends of the Children event, which helped Michael work on his writing, reading, and speech skills. Michael successfully delivered his speech to more than 600 people, including his mother, his teacher, and community members. It was a proud moment for all.

After the event, Michael would often put on the suit he wore that night and declare, “I am Obama. I am Obama!” He began to thrive.

After second grade, Michael was never suspended again. Today, Michael is in the ninth grade. He keeps in touch with Gary, enjoys school, and is a solid student. He is engaged in his education, made his own decision about which high school to attend, and is thinking about college.

Stories like Michael’s are proof that Friends of the Children works.

We know this program is a big commitment, but it has big payoffs.

The three primary markers for our success are: graduation from high school or obtaining a GED, avoidance of involvement in the juvenile justice system, and delaying pregnancy and parenthood until adulthood.

Historically, youth who have completed the program are likely to meet these outcomes, with 83 percent graduating from high school, 93 percent avoiding involvement in the juvenile justice system, and 98 percent avoiding early parenting, according to a separate study conducted by the Portland-based firm NPC Research.

Our children have a lot stacked against them. But by moving mentorship out of the volunteer realm and creating a caring, lasting relationship between our most vulnerable youth and a professional mentor from kindergarten through high school graduation, we can empower them to change their stories.

Our nation’s most vulnerable youth need more Friends like Gary who can guide them to see their own potential and to become healthy and contributing members in their communities. There are many more success stories like Michael’s that need to be written.

Michael’s name has been changed to protect his privacy.

Terri Sorensen is president of Friends of the Children.

Terri Sorensen is president of Friends of the Children.