Some Teens Commit Crime So They Can Eat: New Reports 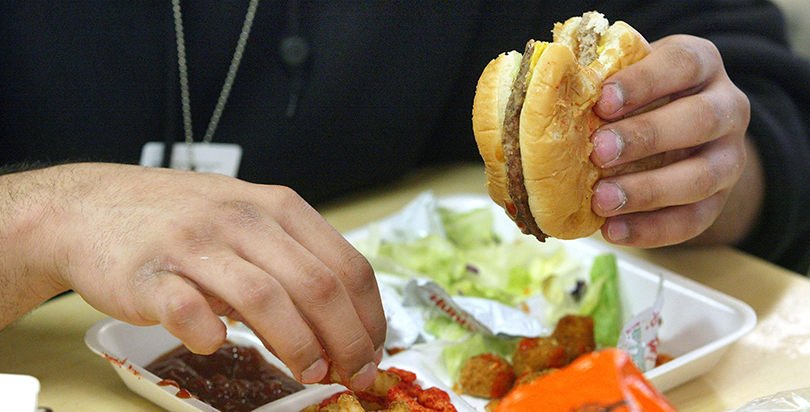 In Los Angeles, a young man talked about selling drugs for cash because his family needed the money.
In Portland, where stealing from local grocery stores is normal behavior for some school-age locals, a young woman explained the benefits of failing school — you repeat a grade — or being locked up in jail.
Across the country, teens talked about why some girls they know would sell their bodies to older men.
“I ain’t talking about robbing nobody,” one Chicago student said. “I’m just talking, like, going [to the store] and get what you need, just hurry up and walk out, which I do. If you need to do that, that’s what you got to do.”
For a small subset of young Americans, several of whom spoke with researchers for two recent reports on teen hunger, crime can appear to be the most feasible way to get food.
About 15 million children in the U.S. in 2014 suffered from food insecurity, with 7 million of them between the ages of 10 and 17. Despite extensive efforts to prevent child hunger, such as the National School Lunch Program and the Supplemental Nutrition Assistance Program, teens still aren’t getting the food they need, according to studies released last week by the Urban Institute and Feeding America.
Constrained by limited employment opportunities and the stigma of asking for help or appearing hungry, and often unaware of the food programs available to them, some teens had shoplifted, sold drugs and traded sex for food, researchers found. While the reports acknowledge that food-insecure teens aren’t engaging in risky behaviors en masse to eat, they provided anecdotes highlighting the challenges some of America’s most vulnerable children face every day.
Urban Institute Senior Fellow Elaine Waxman said the findings were unexpected and shocking, in part because little research has focused on how teenagers cope with food insecurity.
Study investigators created 20 focus groups in 10 low-income communities across the country for 193 teens to discuss their perceptions of available food and their experiences with programs that address food insecurity, from federal offerings to summer meal options.
“The theme that really comes through is that a lot of our traditional approaches for addressing food insecurity, whether that be charitable feeding or federal programs, are not necessarily teen-friendly in the eyes of teens,” she said, adding that focus group participants “really do talk pretty frankly about, ‘Well, by the end of the month, money is running out and there’s not a lot of other alternatives’” to crime.
According to an analysis released this year by the Food Research Action Center, nearly 21.5 million kids in the U.S. are eligible for free or reduced-priced meals, yet only one in six takes advantage of free meal programs over the summer.
Urban Institute researchers found that using summer meal programs and other efforts to address child hunger still induces shame. To compensate for their food-related embarrassment, teens often avoid food programs that are delivered in public settings.
“The other thing that kids kept saying over and over again is ‘Yeah, we need food, but we don’t want to just be seen showing up for food,’” Waxman said. “So they’ve got to have a program or an activity or something attached to it.”
Instead of using food assistance, teens often visit friends or relatives, save school lunches for weekends and, in some cases, give their food to younger siblings. Participants expressed interest in finding jobs to supplement household incomes, but employment opportunities in low-income communities are often limited, putting teens in competition with adults who don’t have school obligations.
Faced with limited choices, according to the two reports, these teens sometimes felt left with last resorts: gang involvement and sex exploitation.
“They understand that it’s not the best choice, and it’s not the best choice for them personally,” Waxman said. “There is a certain sort of resigned feeling about food insecurity just being a fact of life for a lot of kids, and that’s troublesome.”
Submit a Letter to the Editor
September 21, 2016