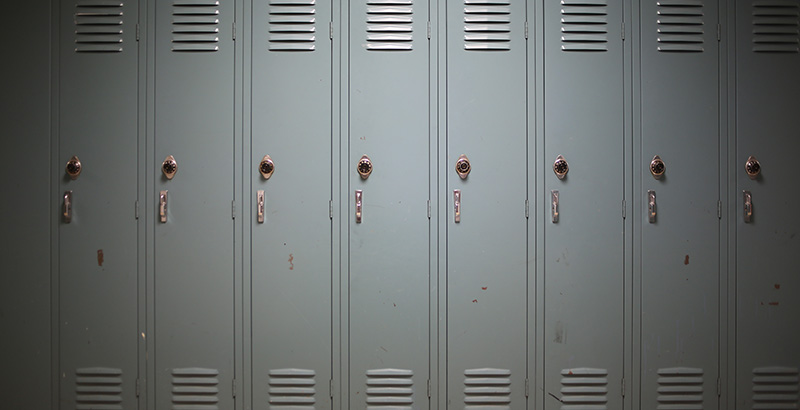 Strapped and with his family struggling financially at the time, he promised to pay off the $2,000 balance as soon as he could. But then collection fees were added and, because of a clerical mistake, he was charged an additional amount owed by another student with the same name.

Smith gave up. In response, the university refused to release his transcript showing the credits he had earned and paid for during his time at UMass. To make up for them, he had to take a crush of extra courses back in Minnesota — the maximum allowed without requiring additional tuition — until he had enough to graduate.

“It definitely made for a pretty horrible year and a half,” Smith said about the impact of a policy he called “both stupid and shortsighted.” In the end, he said, “UMass never got its money, and I had to repeat a year of college because I was broke.”

Stories like this are emerging nationwide in response to reporting about the long-standing but little-known practice under which students are prevented from obtaining their credits and degrees because they owe even small amounts of money to the universities and colleges they attended.

Nearly all higher education institutions withhold transcripts from students who have even the smallest of balances, according to the higher education consulting firm Ithaka S+R, which has estimated that about 6.6 million Americans are blocked from obtaining their transcripts or degrees because of unpaid bills.

But some institutions are changing this policy as they recognize the huge impact — and very bad optics — of withholding transcripts, a practice that almost exclusively affects low-income students. Anger over this has only grown at a time when many families are suffering through the financial fallout of the Covid-19 pandemic.

In the most significant development, Southern New Hampshire University has now stopped blocking transcripts; it says it is has begun releasing these records to the 2,257 students from whom they were withheld over the last year alone because of unpaid balances that average $728.

SNHU has an enrollment of around 150,000, most of it online, a spokeswoman said, which makes it one of the nation’s largest single nonprofit providers of higher education.

The university doesn’t know how many students in all have been blocked from obtaining their transcripts over the years, though the registrar, Deanna Bechard, said there are four file cabinets in her office filled with degrees awaiting payment. Under the change in policy, all will now be sent out as soon as graduates’ addresses can be found.

Since the start of the pandemic, “we were getting more and more concerns from students because they owed money, and how can they pay us if they can’t get a job,” said Bechard. “As we thought about the student experience, we were thinking, these poor students went through four years of their education, and now they can’t get their diploma because they have a balance?”

As for whether withholding transcripts encouraged people to pay their debts, Bechard said, “It was marginally successful and ‘marginally’ is probably a strong word. The only thing it really did was prompt a conversation between the student and our accounts receivable department. It didn’t make them write a check.”

Philander Smith College in Arkansas announced during commencement ceremonies that it would forgive all outstanding balances for the classes of 2020 and 2021 — which came to about $80,000 — avoiding students’ degrees from being blocked.

“If you’ve got a balance, know that your balance is no more,” the president, Roderick Smothers, said. He said the gesture was “in the spirit of doing all the good we can.”

In Massachusetts, where transcript withholding has come under particular scrutiny, the chairman of the Board of Higher Education is publicly questioning the policy, and the board has ordered state colleges and universities to report back about how many students are affected. Data previously obtained from the institutions by The Hechinger Report and GBH News shows the total is 97,145.

“Some of these students are in difficult personal situations,” the chairman, Chris Gabrieli, said. The fact that so few of these balances have been paid off “does not inspire one that the hold process is a powerful tool. I think it’s the other way around,” since blocking transcripts often prevents would-be graduates from transferring, going on to graduate school or getting the jobs they need to pay their debts. “Students should be able to have their transcripts they need to advance their agenda.”

Gabrieli, who is also a lecturer at the Harvard Graduate School of Education, wondered aloud why entire transcripts are being withheld if students owe money only for a single course or a semester, or for library fines or parking tickets.

“It’s an odd thing to say their fully paid-for past semesters aren’t theirs,” he said.

One Massachusetts school, Bunker Hill Community College, dropped its transcript withholding policy in response to the reporting by Hechinger and GBH. Another, the University of Massachusetts Boston, said during the investigation that it held transcripts for overdue balances in any amount; afterward, however, it said the policy had changed, and it would withhold transcripts only for unpaid bills of $1,000 or more.

A measure working its way through the Massachusetts legislature would give students ownership of their transcripts if they owe money to a public university or college. California last year became the first state in which public and private higher educational institutions were banned from holding back the transcripts of students who have unpaid debts. A new Washington State law requires that students who owe money be allowed to get their transcripts in order to apply for jobs. And a coalition of advocacy groups in New York is pushing for legislation there like California’s.

One Michigan resident was inspired by this burst of attention to resume his fight with his former university over a debt it said he owed for a course he never took.

Desmond Wright-Glenn registered for the course at Wayne State University in 2016 but then learned that, after fees he hadn’t known about were added, his scholarship wouldn’t cover the full cost. Wright-Glenn concedes that he never canceled his registration, but also says he never logged into or attended the course. Still, he was charged for it in full, and when he couldn’t pay, his transcript listing all the other classes he’d completed was withheld.

“Other than that transcript, I had no way of substantiating that [education] other than my word,” said Wright-Glenn, who had hoped to go to graduate school. “It shut me down. I at that point was living paycheck to paycheck and didn’t have $1,400 to give them” — the amount the university said he owed.

His career plateaued, he said; even to get promoted at the long-term care company where he worked, he needed to provide his transcript.

Seeing news coverage of other students trapped in the same situation, Wright-Glenn, now 36, sent emails about his case in late March and early April to every member of Wayne State’s board of governors, his legislators and the governor of Michigan. A few days later, he got an email from the university bursar’s office telling him that his bill had been rescinded and his transcript would be released to him.

“I’m not sure whose ear I got in,” Wright-Glenn said. “I think it wasn’t a good look. Maybe someone said, ‘Did this seriously happen, and are we seriously charging someone for nothing?’ ”

Although its administrative procedures manual says that balances are never written off, a spokesman for the university said exceptions “are sometimes made on a case-by-case basis.” He said transcripts are released upon request to prospective employers even if there is a hold on a student’s account.

Now, in addition to finally applying to graduate school, Wright-Glenn is considering starting an advocacy organization for other students who can’t get their transcripts. He’s already toying with a name: Free the Grades.

“I feel like I won, but then there are 6.6 million other people out there who haven’t won, who don’t have my tenacity,” he said.

Other students have stepped forward with similar accounts. One who was studying toward a degree to become a special education teacher had her transcript blocked when her financial aid ran out and she couldn’t pay for a summer course she’d taken.

“My life has been at a standstill for years,” she said. Meanwhile, “I’m still paying student loans for a degree I’m not allowed to have.”

That’s a story Vivé Griffith hears often as director of outreach and engagement for the Clemente Course in the Humanities, which offers free classes nationwide to low-income adults to encourage them to go, or go back, to college. Many are prevented from doing so because they have unpaid bills and can’t obtain the transcripts listing the credits they’ve already earned.

“These are people who are 35 or 45 and they went to college when they were 18,” but never finished, Griffith said. “They leave us, and they’ve got confidence and skills about continuing on in school, and then they hit a complete dead end.”

In many cases, students want to pay their debts but can’t. The money they owe started to pile up during a financial emergency or because of unanticipated expenses.

“It’s important to recognize that there’s a difference between willingly and knowingly accruing debt versus something happening,” Griffith said. Besides, she said, “people are much more likely to get this debt paid back if they can get degrees and make more money.”

Bechard, at SNHU, pointed out that “even reversing this policy is not wiping the balance these students owe. It’s giving them an opportunity to get a job to pay the bill.”

Smith, now 49 and a lawyer in California, still reflects on his experience with UMass.

“I recognize I’m a lot luckier” than many others who have been through the same experience, he said. “I didn’t have to drop out of school. I didn’t have to take a hiatus. I was able to finish and get a degree. But I basically had to repeat my sophomore year of college because of this.”

Thomas Tarowsky went back to the campus of his alma mater, West Virginia University, for a meeting in 2014 and got a $20 parking ticket. Soon after that he received “a rather terse and pedantic letter” from the university telling him his academic transcript would be withheld until he paid the fine.

Tarowsky was 65 at the time and a retired college dean.

A WVU spokeswoman said it “value[s] each member of our university family” and invited Tarowsky to get in touch about his case.

For his part, Tarowsky said that not only has the ticket remained unpaid, “but I have not and will not contribute to the alumni association.”

This story about colleges withholding transcripts was produced by The Hechinger Report, a nonprofit, independent news organization focused on inequality and innovation in education, in collaboration with GBH News. Additional reporting by Kirk Carapezza. It is published here in partnership with the Solutions Journalism Exchange. Sign up for our The Hechinger Report’s higher education newsletter.

Jon Marcus is a contributor to The Hechinger Report.