Smith: Unfair Local Education Funding Keeps Schools From Accepting Students Across District Lines. Here Are Some Ways to Fix That 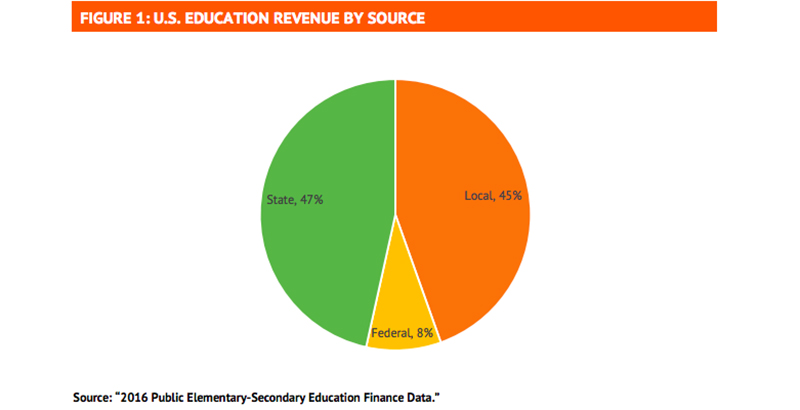 In most states, school districts have at least some discretion in setting the transfer policies that determine the extent to which they accept and enroll students who live outside district boundaries. Some districts, such as California’s Riverside Unified, have adopted open enrollment programs that promote access to any of their schools with available seats.

Research shows that students participating in open enrollment programs tend to transfer to higher-performing districts, but the benefits go beyond test scores. An analysis of California’s District of Choice Program by the state’s Legislative Analyst’s Office found that families cross district boundaries for a variety of reasons, including to seek out specialized curricula and to give bullied kids a fresh start. The analysis concluded that the competitive effects of losing students incentivized districts to better engage with communities and to implement new educational programs that help them attract and retain students.

But despite the advantages of providing student and parents with options across district boundaries, many still limit the number of nonresident students they’ll accept — or prohibit them altogether. Sometimes this is for legitimate reasons, such as capacity constraints, but often that isn’t the case. As Columbia University’s Randall Reback explains, “Administrators set the supply of transfer spaces in their districts by comparing the marginal benefits with the marginal costs of accepting additional transfer students.”

In practice, school districts don’t accept all comers, and there are two barriers in particular that prevent open enrollment from flourishing.

The first is the political wall. While superintendents might be reluctant to cause tension with leaders of other districts by “poaching” students, perhaps the greatest pressure comes from within their own communities. Research shows that a district is more likely to reject transfers if it has higher student achievement or household socioeconomic characteristics than neighboring districts. This appears to be the case in Ohio, where an analysis published by the Thomas B. Fordham Institute found that the roughly 20 percent of districts that don’t accept transfer students are disproportionately clustered around the state’s urban areas.

The second barrier is the financial wall. The monetary incentive to enroll transfer students is often weak and varying, with state dollars generally following a child across district boundaries and local funding staying in the student’s home district. As a result, the marginal revenue generated by a new student is usually less than what a district spends per pupil, with some property-wealthy districts receiving no additional funding at all.

For example, Reason Foundation estimates that for the 14 districts in Dallas County, Texas, the revenue generated by each additional student ranges from about $6,150 in Highland Park Independent School District to $7,806 in Sunnyvale Independent School District, which is about $3,202 and $1,184 less per pupil than what the districts raise in total state and local dollars, respectively. In fact, if it weren’t for Texas’s Robin Hood provision that recaptures some local dollars from property-wealthy districts, additional students would generate almost no funding at all for Highland Park and similar districts in Texas.

Together, the political and financial walls create formidable barriers against open enrollment policies. According to an official with California’s Newport-Mesa Unified — a property-wealthy district that relies mostly on local dollars — “There are folks unhappy they can’t go to school here, and I feel sorry for them, but on the other hand their taxes aren’t supporting education in this community.” With local dollars accounting for about 45 percent of education revenues across the U.S., this type of sentiment is wrong but widespread, as variations in property wealth and local tax policies cause resentment toward outsiders.

This helps underscore the critical role that school finance systems play in supporting educational choice. Funding equity and portability are essentially two sides of the same coin, as spending disparities work against choice policies intended to give parents and students options. As such, reforms aimed at improving equity can provide a solid foundation for choice policies to flourish, as illustrated by Indiana’s move away from local operating dollars and toward a more equitable system for distributing education funding.

In 2008, Indiana abolished local property tax levies as a source of general fund education revenue. Although local dollars would still be used to cover things such as debt and capital expenditures, districts now relied on state dollars to cover operational expenditures, including teacher and administrator salaries. Public Law 146-2008 was a response to frustration over rising property tax bills, but it had substantial ramifications for the state’s school finance system: Not only did state support for general fund education revenue grow from $3.8 billion to $6.3 billion via an increased sales tax, but it also helped tear down a major barrier to interdistrict transfers and school choice.

Prior to the change, students paid transfer tuition, which was based on the receiving district’s local portion of general fund revenue. But because local dollars were no longer part of this equation, the vehicle for determining transfer tuition was effectively eliminated and the financial incentive for districts to attract and retain students was strengthened as districts became more reliant on state revenue. Importantly, Indiana also eliminated other sources of inequity in the state’s funding formula. As a result, the number of transfer students skyrocketed from fewer than 3,000 in 2009 to more than 11,300 by 2011. One study found that more than 82 percent of Indiana’s transfer students left for districts performing in the state’s top two accountability categories, with the author concluding that “the elimination of general fund property tax became another vehicle for school choice.”

For state policymakers, the lesson is clear: Funding equity is a key component of educational choice.

One way to achieve this is to move away from local operating revenue and adopt a weighted-student formula that delivers dollars to schools based on student need. Short of this, states can pursue policies that maximize the shares of state and local revenue that are allocated based on students rather than property wealth and local tax policies, as most formulas do. An example of this is California’s Local Control Funding Formula, which limits the local dollars that districts can raise and allocates funding based largely on student characteristics such as English learners and low-income. In most cases, dollars follow the child across district boundaries, which helps make open enrollment more common in California than in other states.

School finance systems should reflect the reality that local control is now synonymous with parent control and that improving funding equity would help foster a truly democratic system of public education where families have the final say over how their children are educated.