Last fall, Tennessee Gov. Bill Lee set the stage for comprehensive K-12 school finance reform by declaring his administration would “pursue a rigorous review of our state’s education funding to ensure we are properly investing in students and stewarding our resources well.”

After months of subcommittee meetings and public town halls to discuss possible changes to how the state allocates education dollars to districts, Tennessee Education Commissioner Penny Schwinn recently released a draft framework showing how the Volunteer State could transition to a student-centered funding model. Essentially, they’re looking to replace their current complex, non-transparent funding system with a simpler formula that better accounts for student needs and enhances local flexibility over education funds.The policy ideas included in the draft are encouraging and would likely accomplish these objectives.

Tennessee is one of only a handful of states that employ an outdated resource-based funding formula with its Basic Education Program model. It uses over 40 components to calculate funding levels for budget items such as administrative staff, counselors and textbooks.

In a paper published this week by Reason Foundation, we estimate that only 3 percent of Tennessee state and local education operating dollars were allocated based on student characteristics in the 2019-20 school year. In comparison, Marguerite Roza of Georgetown University’s Edunomics Lab found that states such as Texas, Colorado and California disburse at least two-thirds of funding on the basis of student needs.

As a result, Tennessee’s school finance system lacks a reliable lever for targeting dollars to groups such as low-income students and English learners and is among the least transparent in the nation. Not only that, but the state’s current approach could make district and school leaders reluctant to innovate, with an estimated 84 percent of dollars having explicit or implied spending restrictions that limit local flexibility. School leaders know what their students and staff need, yet both real and perceived barriers stand in their way.

For example, despite the state’s efforts to direct additional funding to at-risk kids, our analysis shows almost no correlation between districts’ per-pupil funding and U.S. Census poverty rates. The analysis also finds that county school districts tend to be at a funding disadvantage compared with the municipal and special school districts within their boundaries.

Fortunately, the state’s draft framework released this month takes important steps to address these problems. Most importantly, it would eliminate the outdated funding model and streamline revenue into a weighted formula that targets additional dollars to categories such as student poverty, special education and English learners. This would immediately improve transparency while also providing policymakers with an effective mechanism to boost funding equity and local flexibility.

Research on California’s transition to a weighted-student funding formula backs this up. In 2013, the Golden State adopted its bipartisan Local Control Funding Formula, which collapsed more than 30 categorical grants into a simplified allocation system. A study by Education Trust-West showed “dramatic” improvements in funding equity, noting, “By 2015-16, three years after LCFF was enacted, district funding became the most equitable that it had ever been among years of available data.” Local school leaders also give the reform highmarks. In a survey of superintendents, 74 percent indicated they’re better able to match spending with local needs and 70 percent agreed that it is leading to improved academic outcomes.

To be sure, Tennessee’s draft framework for K-12 education funding reform could be improved, especially since it doesn’t address the state’s byzantine local revenue policies and still includes some funding streams that aren’t student-centered. But policymakers are on the right path to adopting a more fair, transparent and flexible school finance system. With the state experiencing a hefty budget surplus, legislators have a historic opportunity in 2022 to make students the focus of Tennessee’s funding strategy for K-12 education. This would be a win for kids, educators and taxpayers.

Aaron Garth Smith is director of education reform and Christian Barnard is an education policy analyst at Reason Foundation. 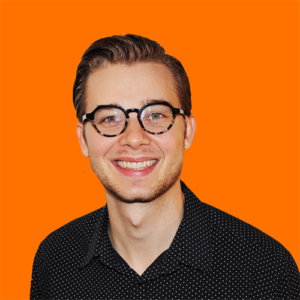