I love John Oliver’s epic rants. So that harrowing sound is my heart being wrenched, after watching his very funny but off-kilter takedown of charter schools.

What’s most painful is that I agree with a lot of Oliver’s talking points: Charter schools aren’t pizza joints and they should NEVER open so feebly as to shut down in the first month.

No, it’s not OK when an administrator has her hand in the till (and then cites Bible verses as an excuse!) And hell no, it’s way not OK when somebody gets a charter by plagiarizing language from another successful applicant.

If this stuff were actually typical of charter schools, I would have bailed out of the movement years ago. But it’s not, and I haven’t.

Now, the writers at Last Week Tonight probably aren’t statisticians, but this is known as an Unrepresentative Sample. Except for a brief nod to KIPP’s graduation rate, the entire segment was a parade of horror stories, including one dredged up from 2010. Not since Dick Cheney got hold of the Iraq briefings have we seen cherry-picking on this scale.

Here’s what I mean, starting with some simple math: There are now more than 6,600 public charter schools nationally, educating about 3 million kids. All Oliver’s stories strung together account for a small percentage of that total, while the vast majority of charter teachers and administrators go to work each morning prepared and determined to do right by their students. Those kids left stranded when a school shut down weeks after opening? Awful—should never happen! But among the 642 new public charter schools that opened in 2014, just 3.4 percent closed before year’s end.

To be clear, we shouldn’t—and don’t—apologize for closing schools when they fail their kids. It’s part of the model and it’s called defending the public interest. Researcher Paul Hill contrasts charter accountability with what happens in traditional school systems: “We bury our dead.”

Speaking of research, shall we say it was used with some…selectivity in the show. Oliver’s primary source was CREDO, the Stanford University shop known for comprehensive analyses of charter performance. One of the cherries he failed to pick was CREDO’s finding that the charter sector made strong gains between 2009 and 2013—due mostly to closures of low-performing schools.

Another bit of research he missed is CREDO’s more recent, massive urban charter study, which looked at 41 regions and found that “urban charter schools on average achieve significantly greater student success in both math and reading, which amounts to 40 additional days of learning growth in math and 28 days of additional growth in reading,” compared to traditional public schools. Given that about 60 percent of charters are located in cities, I would say he missed a big, bright-red Maraschino with that one.

My colleagues here at the National Association of Charter School Authorizers (NACSA) spend a whole lot of time trying make sure that the great work of the charter movement isn’t undermined by those lurking in Oliver’s rogues’ gallery. We still have a lot of work to do, but let’s not ignore progress because it might spoil the joke.

For instance, Florida was featured prominently in the show—but the state has now developed new professional standards for charter authorizing.

Just last year, Ohio passed a major overhaul of charter accountability, tightening conflict-of-interest rules and shining a light on management-company expenditures. And they’ve got a tough new authorizer evaluation program to weed out those that don’t understand the term “oversight.”

That said, Pennsylvania was singled out for good reason. Like some other states, it needs to get cracking on fixing its outdated charter laws.

As the great Jon Stewart once said, “The Internet is just a world passing notes around a classroom.” A day after its broadcast, there were already more than 600,000 views of the Oliver segment on YouTube. It was a pretty funny show, and said some things that should be said, but I sure worry about the viewers for whom this is their first impression of charter schools.

When their laughter subsides, I hope they remember that the parents of 3 million kids take public charter schools really seriously. 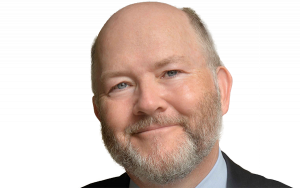