In 1966, when I was 9 years old, a letter arrived at our home in Jackson, Tenn., saying that segregation was no longer legal in schools and that everyone had a right to school choice. The local white school had a nicer building and a better playground, so my two siblings and I enrolled there that fall.

As you might imagine, the subsequent year was more challenging than my siblings and I assumed at the time, but we persevered. Half a century later, working for a company that manages charter public schools, I’m still fighting for every child’s civil right to educational opportunity.

Charter schools are the best route to that opportunity for thousands of poor and minority students trapped in chronically underperforming schools in urban areas across Massachusetts. A November ballot initiative that would allow more charter public schools to open or expand would go a long way toward providing those families with the educational opportunity they desire and deserve.

Massachusetts is generally considered to have the nation’s best public schools, but the success is not as uniform as it needs to be. Urban areas in particular are plagued by a large gap between the quality of education that poorer, largely minority students receive and that of their more affluent, mostly white counterparts.

In majority-minority Massachusetts school districts, 30 percent of students drop out. Among those who stay, more than half have historically scored in the lowest two categories on state tests.

Last month, yet another study, this one from the Brookings Institution, found that urban charter schools in Massachusetts boost student achievement. The schools are particularly effective for low-income and non-white students, and the largest improvements are among those who enter charters with the lowest scores. Gains among English-language learners and special education students are just as great as for other students.

In 2014, 18 charter schools — many of them urban — had the best results in all of Massachusetts on various state tests.

An MIT study published earlier this year found that Boston charter school students have significantly higher SAT scores and are more likely to take Advanced Placement tests and attend four-year colleges than their counterparts who entered the lotteries used to determine admission to charters but were not selected.

Lotteries are needed because the number of students who want to attend charter schools dramatically outpaces the number of available seats. The state Department of Elementary and Secondary Education reports that there are currently more than 32,000 students on charter waiting lists.

Fighting for equal access and educational opportunity as the centerpiece of civil rights runs in my family. My late husband, the Rev. Fred Shuttlesworth, persuaded Dr. Martin Luther King Jr. to join the struggle against segregation in Birmingham, Ala., in 1963. He was beaten by a mob as he tried to enroll three black children in an all-white high school in 1957. He was arrested more than 35 times, had his church bombed three times and survived his house being bombed by the Ku Klux Klan on Christmas Day, 1956. Today, the airport in Birmingham, the city in which he endured so much, is named after him.

Fred saw educational opportunity for all as the fulfillment of the dream to which he dedicated his life’s work. During the civil rights era, he believed the movement’s biggest failure was not achieving school integration. Today, the battle for which he and others repeatedly put their lives on the line rages on.

Charter public schools bring to students throughout Massachusetts the type of educational opportunity that more-affluent families take for granted. Approving Question 2 on the state ballot next month would extend the excellence so many of the state’s charter schools have already achieved to more Bay State families. And it would demonstrate that school choice has come a long way since my first experience with it 50 years ago in Tennessee.

Sephira Shuttlesworth is regional support director for SABIS® Educational Systems, a company that manages public charter schools. Previously, she was director of the Mid-Michigan Leadership Academy in Lansing. Shuttlesworth, widow of the late civil rights icon the Rev. Fred Shuttlesworth, and her siblings integrated Pope Elementary School in Jackson, Tenn. 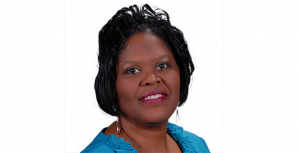