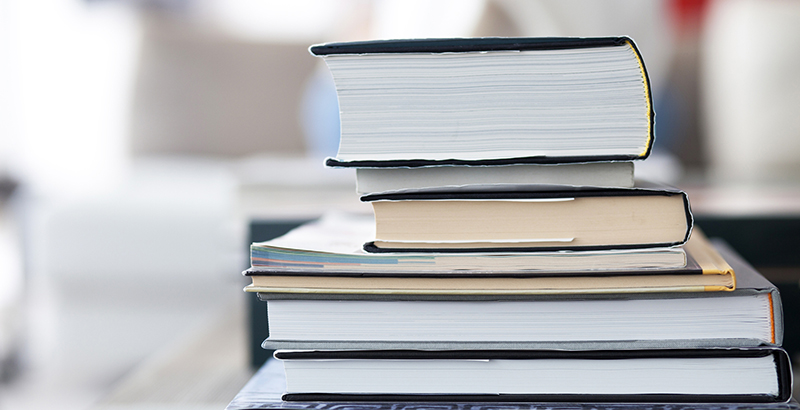 In his 1982 performance at Carnegie Hall, comedian George Carlin read the “news” to the audience: “A passenger shot six people on the downtown bus today, then asked for a transfer and shot six people on the cross-town bus. In order to prevent this happening in the future, authorities are discontinuing the transfer system.” Talk about comically missing the point. In the wake of Dana Goldstein’s terrific story on the state of American textbooks, I’m afraid the same thing is happening.

On the front page of the New York Times, Goldstein analyzed eight history textbooks that were written primarily for two different states. As Goldstein writes, “The books have the same publisher. They credit the same authors. But they are customized for students in different states, and their contents sometimes diverge in ways that reflect the nation’s deepest partisan divides.”

Like the authorities in the Carlin joke, several prominent social media pundits quickly jumped to the wrong conclusion — and completely missed the broader point in the process.

Many progressives read the story and determined that policymakers in Texas are a bunch of uncouth conservatives who want to marginalize minorities. Several conservatives, meanwhile, confirmed their biases in citing this new evidence that the libs in California are brainwashing students to become environmentalists who decry traditional sexual norms and seek to throw open the borders.

All these snarky hot takes missed the elephant in the room: That there are states making final decisions about textbooks which reinforce a particular political orthodoxy for all children in public schools. That is the real scandal here — not that a state may have a prevailing political view, but that there is no relief for public school students from that prevailing view.

Nearly two decades ago I heard my education professors discuss how textbooks were written for two states — California and Texas. Even then they had the most students and the most buying power; therefore, textbook companies designed their textbooks to satisfy those states. But these two states had something more than just a lot of students. They had policies that allowed the state to regulate which textbooks could be purchased. In both states, the State Board of Education adopted and approved lists of texts. If a text wasn’t ultimately approved by the state, the publisher would miss out on potentially millions of dollars in sales. According to the Education Commission of the States, at least 20 states and territories still have some form of state-level adoption of textbooks, though in 2012 California gave its school districts added flexibility in using instructional materials not explicitly adopted by the state board so long as they were “aligned with the [state’s] academic content standards.”

It should not come as a surprise that textbook companies try to make a product they can sell to as many people as possible. As far as I can tell from Goldstein’s reporting, the publishers weren’t distributing misleading information; they were simply offering a different emphasis or interpretation of issues to different audiences.

I imagine that liberals in California tend to prefer the California texts approved by its board more than the Texas texts, and vice versa for conservatives in Texas. If you are the minority, however, in an area where textbooks require approval by a state body, you are out of luck.

As I read the Times story, I kept asking myself: Why adopt textbooks at the state level? Why force the adoption of particular textbooks at all? Why not allow schools to pick their textbooks and then allow parents to choose if they want to send their child to that school? There is no coercion there.

Goldstein’s story rebuts the most common criticism of this approach. People hear about schools adopting their own textbooks and worry that schools will adopt books that are too liberal or too conservative. Well, whole states are doing that now, with no relief for families who want to make use of the public school system but who may disagree with the prevailing orthodoxy.

For those frustrated families, moving these decisions down to the school level would open up a universe of alternatives.

What is taught in public schools — and how — reflects a society’s values. The problem we have today is that the average mother who sends her child to a traditional public school because she has no other option has little way of knowing who made the decisions about the curriculum being placed in her child’s hand and what values have been embedded into that curriculum.

By empowering parents with school choice programs, we do two essential things: We give schools greater authority to develop a coherent identity, and we give parents the ability to choose the school that most closely aligns with their own identity. Education is nothing less than the shaping of minds, and parents deserve the right to have some say in how their children are being molded.

Correction: An earlier version of this essay misstated that all schools in California must use instructional materials approved by the State Board of Education. In 2012, the state’s education code was updated to provide schools flexibility in choosing materials that had not been adopted by the board so long as they are aligned with the state’s “academic content standards.”

James V. Shuls, Ph.D., is an assistant professor of education policy at the University of Missouri-St. Louis.