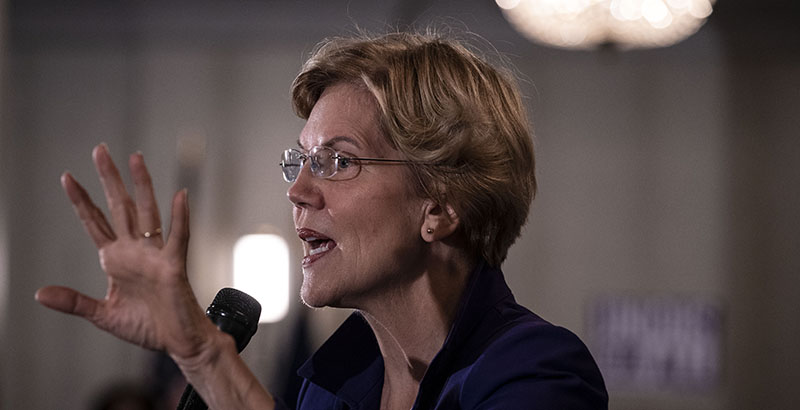 Suppose a slick-talking politician running for city council told you food trucks should have to have the “same standards” as traditional restaurants. Chances are, you’d agree. After all, who would want to eat food that hasn’t been stored at safe temperatures or prepared on sanitary surfaces? But what if, by “same standards,” the politician actually meant food trucks had to stay parked in the same place all the time? This suggestion, of course, is absurd. Making food trucks immobile takes away the very thing that makes them different from traditional restaurants.

This is why it is very important for us to understand what Sen. Elizabeth Warren and other Democratic contenders for president mean when they say charter schools should be held to the “same standards” as traditional public schools.

Charter schools are public schools. They are funded in much the same way as traditional public schools, via local, state and federal tax dollars. With rare exceptions, charter schools must teach the state standards, and their students must complete state-required standardized exams. They are not allowed to discriminate in admissions and must hold lotteries to admit students when they are oversubscribed. Like traditional public schools, charters are bound to meet the Individualized Education Program requirements of every student with special needs. Charters must also comply with standard financial accounting practices and open records laws.

Yet, politicians like Warren claim that charter schools don’t have to meet the same standards as public schools and say they don’t believe public dollars ought to go into schools that don’t meet those “same standards.” In a 15-minute conversation with a group of black charter school advocates who disrupted her campaign event last month in Atlanta, Warren constantly repeats this claim. She never specifies, though, exactly what she means by “same standards.”

This is code. Don’t believe me? Look to a recent initiative petition filed by the Missouri National Education Association. If passed, the petition would change the state Constitution to require all public schools to have an elected board. Those are “same standards.” But charter schools don’t answer to school boards on purpose; it is part of their autonomy. Requiring them to answer to an elected board is like taking wheels off of a food truck.

Howard Fuller, the former superintendent of Milwaukee Public Schools, was one of the activists at the Warren event. He pushed the senator, saying she could call for accountability by saying she wants to make sure every public school is held accountable. At this, Warren interjects, “That’s what I thought we did.”

That’s not what the charter advocates heard. They heard a consistent message of outsiders looking to curtail the very things that make charter schools unique and desirable. As Fuller told Warren, her education platform “gave air cover to the people who are systematically attacking charter schools around this country.”

When charter school parents hear Warren and others suggest charters should be held to the same standards as traditional public schools, they hear code for the systematic destruction of schools of choice.

So the next time someone says charters should be held to the “same standards” as traditional public schools, ask what they mean by that. Do they want to make sure that charter schools are serving kids, or do they want to take away what makes them valuable?