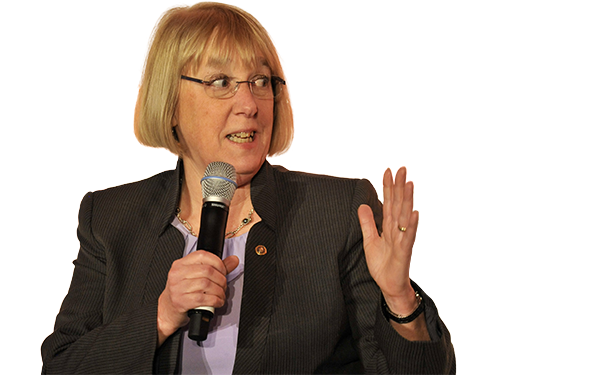 Updated 12 p.m. Dec. 9
The Senate Wednesday passed a sweeping measure to rewrite No Child Left Behind, and White House Officials indicated President Obama will sign it before the week is out.

Senators voted 85-12 to pass a compromise to fix the K-12 education law that has prevailed for more than a decade but is widely seen as broken. (Read our coverage of the House’s 359-64 vote on the measure last week)

Sen. Lamar Alexander, chairman of the education committee, said the bill is a Christmas present for America’s students. Adoption of the law “will unleash a flood of innovation and excellence in student achievement across America, community by community and state by state,” he said Wednesday.

The bill maintains annual testing requirements, but lets states decide how much those tests should weigh in school ratings and how to intervene in failing schools. It requires states to take action in addressing the lowest 5 percent of schools, high schools that graduate fewer than two-thirds of students, and schools with large achievement gaps.
In a blog post published Monday, presidential adviser Cecilia Munoz said the administration was urging the Senate to send the measure to Obama quickly for his approval. Munoz, director of the Domestic Policy Council, touted the bill’s provisions on high academic standards, testing, school accountability, and preschool.
Senators debated the bill at greater length Tuesday before voting 84-12 to invoke cloture, or cut of debate, on the measure. That vote paved the way for swift passage of the bill Wednesday morning.
Sen. Patty Murray, the top Democrat on the education committee, also praised the bill’s new preschool provisions and its accountability requirements. “True accountability means holding up our schools to our nation’s promise of equality and justice,” she said.
Alexander touted provisions banning federal influence on curriculum and ending No Child Left Behind’s waiver system. He said the waiver system has required governors to come to Washington “and play ‘Mother, May I?’” to implement changes like new teacher evaluation systems or school turnaround models.
No Child Left Behind officially expired in 2007. Before this year, efforts to reauthorize it went no further than passage in the House. Legislators began reauthorization work in earnest in January, and after months of ups and downs, finally unveiled a compromise just ahead of Thanksgiving.
Alexander referenced that twisted history in his remarks Tuesday morning.
“Everyone is an expert on education,” he said. “This has been a lot like being in a football stadium with 100,000 fans, all of whom know which play to call.”
Murray, too, said the outlook was not always so rosy: “Back in January, we didn’t know if there would be a path to compromise.”
The two praised each other and their staffs for coming together to, as Alexander often says, “get a result.”
“We put partisanship aside and proved that Congress can get results for the American people, and that kind of bipartisanship is what we need more of here in Congress,” Murray said.
Submit a Letter to the Editor
December 8, 2015