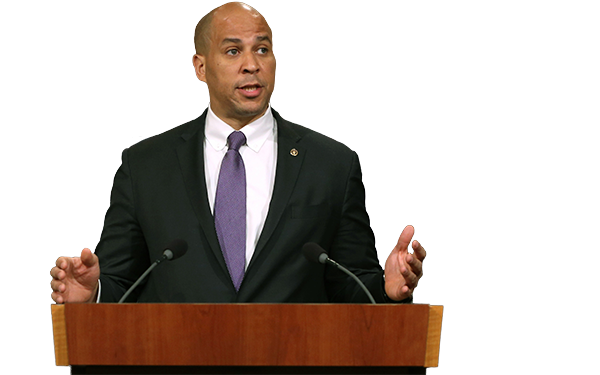 Senate Democrats and the Obama administration Thursday reiterated their demand for stronger accountability provisions in the No Child Left Behind rewrite and signaled that not including them could be a death knell for the bill.
“The only way we’re going to have the power to get this done is if all of us are willing to throw ourselves into it and say we will not pass a piece of major civil rights legislation that does not have accountability,” said Sen. Elizabeth Warren, one of the sponsors of a failed amendment that aimed to get stricter accountability standards in the Senate’s bill. “We owe this to our children. We owe this to our future.”
Outgoing Education Secretary Arne Duncan, his successor John B. King Jr., and three Democratic senators joined teachers, students, and civil rights advocates at a roundtable discussion about the importance of including strict intervention standards for states to protect the bill’s civil rights legacy. Research has shown that the accountability aspects of No Child Left Behind improved student achievement in math.
Neither the Senate nor the House bill sets clear thresholds of when states must intervene in low-performing schools. Nearly all Senate Democrats backed an amendment by Warren and Sens. Chris Murphy and Cory Booker that would require states to intervene in three types of schools: those with large achievement gaps, those where fewer than two-thirds of students graduate, and the bottom 5 percent of all schools in the state.
Although the amendment didn’t make it into the final bill, 43 members backed the provision – enough that if they stick together, they could block any final compromise that doesn’t have an accountability standard from being considered on the Senate floor, where chamber rules require 60 votes to proceed on contentious issues.
“I’m prepared to do anything I can,” Booker told reporters after the roundtable, when questioned about a potential filibuster. “For those kids I will stand, filibuster, do whatever I have to do to make sure this bill is to where it needs to be.”
Some observers have said the bottom 5 percent metric may wind up in the final compromise, but the other two could be scuttled.
Duncan, however, seemed unwilling to give up any of the provisions. “In the absence [of any of those benchmarks], then I think we’re hurting kids. We’re hurting the exact kids we’re trying to help,” he told reporters.
Booker also hinted that a veto threat could help the bill move toward stronger accountability.
“Frankly, the president really has the power of the pen here: he could choose to veto … That’s a tremendous amount of leverage to try to get the legislation to where it needs to be,” he said.
Duncan, who told a crowd at the National Press Club last week that the odds of a final rewrite dropped below 50/50 after House Speaker John Boehner’s resignation, remained pessimistic about the bill’s odds.
In an ideal scenario, Congress would pass a bipartisan bill with strong accountability protections. They also could pass “a weak bill or a bad bill that we can’t support,” or, most likely, do nothing at all, Duncan said.
“Congress has been good at doing nothing for a long time. We just don’t know of those three tracks where this is going to end, but we would love to have a very good bill that fixes the law for the nation that the president could be proud to support,” he said.
In addition to reiterating the staggering facts about the gaps in resources and achievement between white students and students of color, advocates said during the roundtable that they’ll try to make the debate personal.
Murphy told the story of a 16-year-old in Connecticut who walked out of class nearly every morning. That student, a client of Murphy’s wife during her time working for Connecticut legal services, missed more days of school than he attended, and eventually had a run-in with an administrator that sent him to prison. It turned out the student, who had a learning disability, was walking out of class because he couldn’t read and was embarrassed to be struggling so much with the material.
“This really is about the individual kids who are getting the raw end of the deal,” he said.
Sen. Cory Booker photo by Getty Images
Submit a Letter to the Editor
October 8, 2015