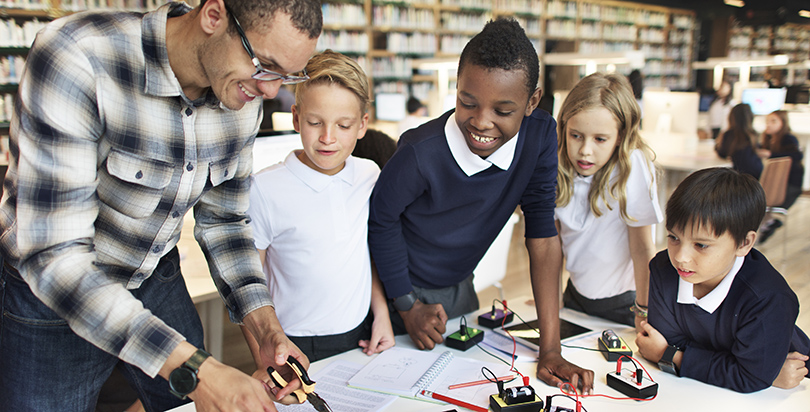 Scores on national benchmark science tests rose for fourth- and eighth-graders from 2009 to 2015, while high school seniors’ scores stayed flat and science proficiency for all grades tested remained at basic levels for vast numbers of U.S. students.
Achievement gaps on the National Assessment of Educational Progress, often called the Nation’s Report Card, between white students and students of color narrowed in fourth and eighth grade but remained largely unchanged in 12th grade. There was no gap between boys’ and girls’ scores in fourth grade, but boys continued to score a few points higher than girls in eighth and 12th grade.

“More students are developing skills like thinking critically, making sense of information and evaluating evidence,” Education Secretary John King said of the results on a call with reporters Wednesday.

Students are tested on physical science, life science, and Earth and space science. The results released today were from tests given in 2015, compared with the last national test, in 2009.

There’s reason for celebration, but challenges remain, particularly in the upper grades, King said. “All of us — educators, principals, policymakers and communities — must do even more to make rigorous, hands-on learning in the sciences a reality for more of our high school students,” he said.

Despite the gains in raw scores, over 60 percent of students in each grade still performed at levels deemed “basic” or “below basic.” Among 12th-graders, 78 percent had scores at the basic or below-basic level.

“We certainly see these results as a promising indicator of progress, but we are also very clear that there’s a lot of work to do,” King said, citing the Obama administration’s proposals to invest in computer programming, the STEM teacher pipeline and other science education programs. 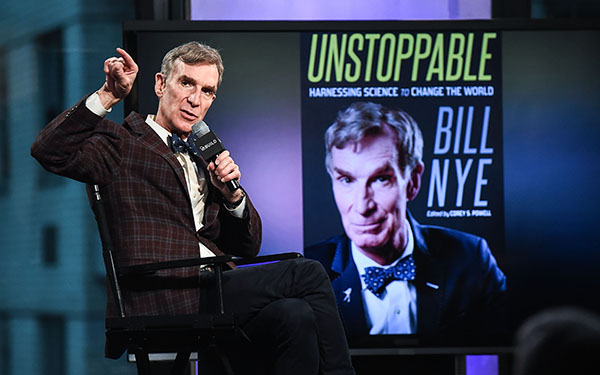 “As you improve education in lower grades, those students will move up through their academic careers so that as time goes on, we will expect higher achievement in the higher grades. That is, as we like to say, not rocket surgery,” he said, jokingly mashing up cliches.

The more commonly known NAEP test is the every-other-year exam in reading and math. The results of that test, released last year, found drops in fourth- and eighth-grade math and eighth-grade reading. Officials cited implementation of the more rigorous Common Core State Standards as one possible cause. Scores for 12th-graders released earlier this year showed a drop in math and no significant change in reading from 2013 to 2015.

The growth in Tennessee put it into the top 25 states for the first time — “rare space” for the state, Gov. Bill Haslam said on the call with reporters. He attributed the gains to dedicated teachers, higher expectations and increased investments from the state.

The test was voluntary, and seven states and jurisdictions didn’t participate in one or both of the years. There weren’t enough scores to get state-level data for 12th grade.

A few states have adopted Next Generation Science Standards, a common set of benchmarks for science similar to the Common Core for English and math. Officials looked at the issue but found “absolutely no pattern” between the scores and states where the standards were adopted, said Peggy Carr, acting commissioner of the National Center for Education Statistics.

“There’s no association, there’s no relationship that can be discerned from this data by the adoption of these standards,” she said on a separate call with reporters.

The national center also asked “contextual questions” about the classes students had taken and what activities teachers were using in class.

Student scores were 12 points higher for teachers who did more hands-on activities in class. Scores were also higher among students who had taken biology, chemistry and physics before 12th grade than those who had taken only one or two of those classes.