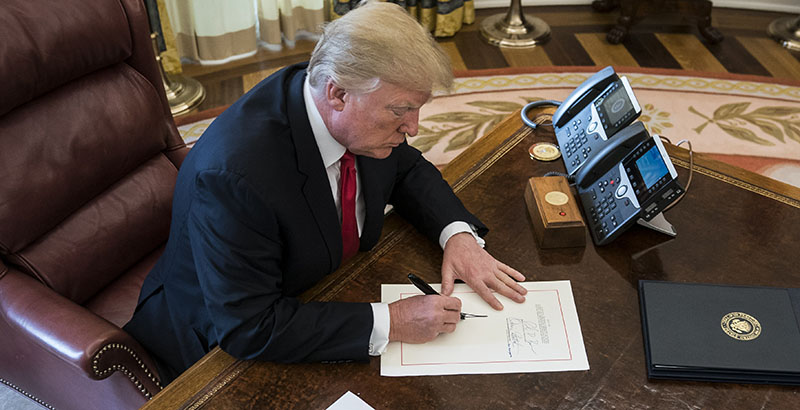 School choice advocates are cautiously optimistic after the IRS last week issued a clarification to a new tax rule that could hinder tax-credit scholarship programs across the country that cover private school tuition costs for mostly low-income students.

To make a very long and complex story very short, the IRS in August issued a rule limiting federal tax deductions for contributions to programs that also give taxpayers a state tax benefit. Though it was drafted in response to some states’ new attempts to work around changes in the 2017 tax overhaul, it also affects long-standing programs, like tax-credit scholarships.

The Dec. 28 document clarified that “C” corporations, the traditional corporation setup, may still receive a federal tax deduction for contributions that also receive a state credit. Some “pass-through” corporations — a type of business that provides the legal protections of a corporation but through which the owners pay an often-lower individual tax rate — may sometimes receive the federal benefit, depending on state and local taxes.

“We are very pleased to see the Treasury Department put forward guidance that allows businesses to continue to make charitable contributions that are fully deductible, including contributions to scholarship-granting organizations that provide disadvantaged children with the opportunity to attend the school of their parents’ choice,” John Schilling, president of the American Federation for Children, said in a statement.

Though businesses may still get the full tax credit, individuals, under the August rule, may get a tax credit from the IRS only for contributions beyond any state tax credit. So if a state provides a 70 percent tax credit, and a taxpayer donates $1,000 to a scholarship organization, that taxpayer may deduct $300 from their federal taxes.

Only 1 percent of taxpayers would be affected by the changes, according to the Treasury Department.

“We appreciate the value of state tax credit programs, particularly school choice initiatives, and we believe the proposed rule will have no impact on federal tax benefits for donations to school choice programs for about 99 percent of taxpayers compared to prior law,” Treasury Secretary Steve Mnuchin said in a statement.

School choice advocates dispute that figure, saying no one can really be sure until taxpayers, for the first time this year, file taxes based on the new law.

Treasury’s calculation that nearly all donors to tax-credit scholarship programs would be unaffected is “absolutely inaccurate,” said Leslie Hiner, vice president of legal affairs at EdChoice.

“This is where Treasury, I think, they’re assuming a lot. They’re assuming they know how people will behave when they file their taxes, and I think that’s wrongheaded thinking. They’re guessing, but a guess is no comfort for those who are supplying scholarships to families,” she added.

The specific impacts will vary, depending on state laws and other program regulations, and will likely be seen for contributions affecting scholarships in the 2019-20 school year, she said.

So how did this happen? It’s wonky, but stay with us.

Congress in late 2017 passed a broad tax overhaul, part of which was to cap at $10,000 the amount of federal deductions taxpayers may take for state, local and property taxes. Previously, taxpayers could deduct unlimited amounts of those taxes from their federal taxes.

That $10,000 figure won’t affect most taxpayers, but it hits particularly hard in high-tax states like New York, New Jersey and Connecticut, and state lawmakers sought ways to ease the burden.

The IRS rule aims to block those new programs; several of the affected states are currently suing the Treasury Department over the issue.

All of these programs are ones state legislatures have determined meet a public need, and which taxpayers have supported, Hiner said.

“That’s why this is such a big deal. It’s not just about the tax policy,” she said. “It’s about public policy and human needs and what’s important to us.”