Analysis: School Choice — but Not in My Town. How to Integrate When Affluent Districts Pull Up the Drawbridge? 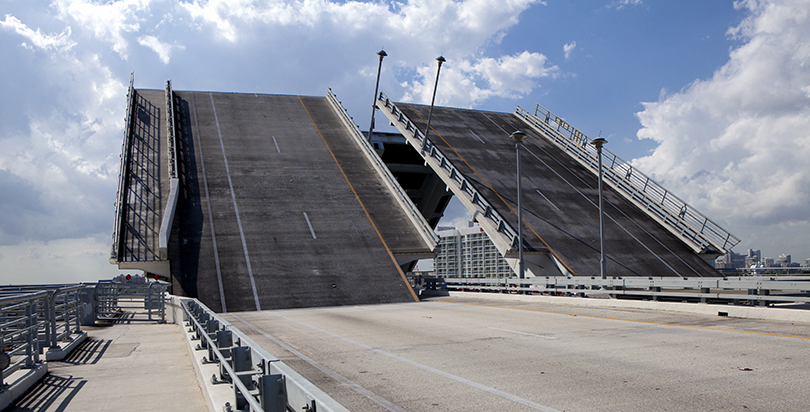 Speaking at her Senate confirmation hearing last week, Betsy DeVos returned repeatedly to a first principle: Parents, rather than the government, ought to determine where their children are educated. Of course, given the setting, she was unlikely to touch on the political obstacles facing the school choice policies she has favored. But two years ago, in a speech at the South by Southwest education conference, she was less decorous.

Addressing an audience drawn heavily from the government and nonprofit worlds, the billionaire activist cautioned that she was about to get “politically incorrect.” “Many Republicans in the suburbs like the idea of education choice as a concept, right up until it means that poor kids from the inner cities might invade their schools,” she said.

Narrowing her focus, she condemned a Republican legislator in her home state of Michigan for opposing open enrollment — a form of public school choice that allows families from educationally blighted communities to enroll their children in neighboring suburbs — because his district would have to accept children from Detroit. (DeVos added that Democrats undermined choice by capitulating to anti-choice teachers unions.)

Coming from a major GOP donor, these are striking charges, seemingly calculated to make conservatives chafe. (“Betsy DeVos once accused her fellow Republicans of racism,” read a headline at Salon.)

The question is whether the shoe fits.

Polls have shown declining support among Republicans for some choice programs, notably school vouchers (although party leaders tend to enthusiastically support them); moreover, prominent conservatives have historically opposed moving poor minority children into better schools through school integration efforts. Should we believe DeVos when she suggests that these attitudes are fueled by racial or class animus?

Martin West, an associate professor at Harvard and editor-in-chief of the policy journal Education Next, argues that there is some truth in DeVos’s remarks. “The biggest driver of racial imbalance in U.S. schools is the sorting of students across district lines,” he wrote in an email. Open enrollment plans could help break down the barriers and unite disparate student populations, but West laments their weaknesses: “They don’t [do more to boost diversity] because they are so rare and, when they exist, tend to let districts opt out of receiving students. I think DeVos’s comment helps us to understand why that is the case.”

Halley Potter is a fellow at New York’s Century Foundation, a progressive think tank that advocates racial and socioeconomic integration as a means of addressing inequality. She agrees that some middle-class districts pull up the drawbridge rather than welcome students from underserved communities. “There has been opposition to school choice programs from higher-income and whiter school districts that don’t want the option of other kids coming in,” she said in an interview.

But she also added a qualifier: “In general, open enrollment laws have facilitated transfers of relatively more advantaged students to more advantaged districts.” That is, whiter and wealthier students from underperforming districts are more likely to benefit from open enrollment than their poorer minority counterparts — perversely leaving the district even more segregated in terms of class and race.

One example of this phenomenon shows the flip side of DeVos’s argument. In Eastpointe, Mich., a racially mixed suburb of Detroit, white families have taken advantage of the state’s inter-district enrollment program to desert local schools en masse. Today, whites account for 40 percent of the schoolchildren living in Eastpointe but only 19 percent of those enrolled in the school system there.

Other school choice initiatives, like vouchers and charter schools, can inadvertently accelerate segregation as well. White, black and Hispanic students are equally represented in the national charter sector, but they seldom share individual schools. Even while many excel at closing racial achievement gaps, high-performing urban charters have been declared “substantially more segregated” than their traditional competitors. Although state-sponsored vouchers could theoretically place minority students in predominantly white private schools, research from the Century Foundation indicates that they are likelier to benefit children from more-advantaged homes. The time and resources required to navigate the voucher bureaucracy put them out of reach for many inner-city families.

In short, Potter summarizes, “A school choice program that doesn’t specifically have access and diversity as part of its mission is most likely to be used by families with the most resources.”

Even in the relatively few communities that have taken affirmative steps to integrate their school districts, racial and class isolation can stubbornly persist. Former Stamford, Conn., superintendent Joshua Starr, who later served in the same role in Maryland’s Montgomery County, spoke in an interview about the difficulty of selling parents on integration. And in contrast to DeVos, he claims that resistance to his efforts was by no means limited to Republicans.

“No matter how they couched it, there were certain white people who were very concerned about their kids being in classes with kids who they did not perceive as being at the same level,” he said. When he led a successful movement to end academic tracking in Stamford, he said, outcry from the community was hard to square with its professed values. “‘Oh, those poor kids need so much help. It’s OK if my kids are in a bigger classroom, so long as they’re not with those kids,’ ” he remembered one parent suggesting. “The dog whistles were out and very, very apparent.”

“These were self-proclaimed progressive liberals — some of them stalwarts of the Democratic Party. It was not a Democrat-versus-Republican issue. It was more, frankly, a class issue. The wealthier people tended to be much more entitled about it.”

According to researchers and practitioners, then, DeVos is both right and wrong. Many white suburbanites jealously guard their local schools, battling fiercely to exclude outsiders. Some recent integration efforts, triggered by the No Child Left Behind Act’s accountability mandates, have provided telling examples, breeding ugly scenes of middle-class parents refusing to welcome black and brown children from neighboring districts.

But this tendency is shared among members of both parties. And school choice programs, at least as they’re currently practiced, have proved unable to cope with it.