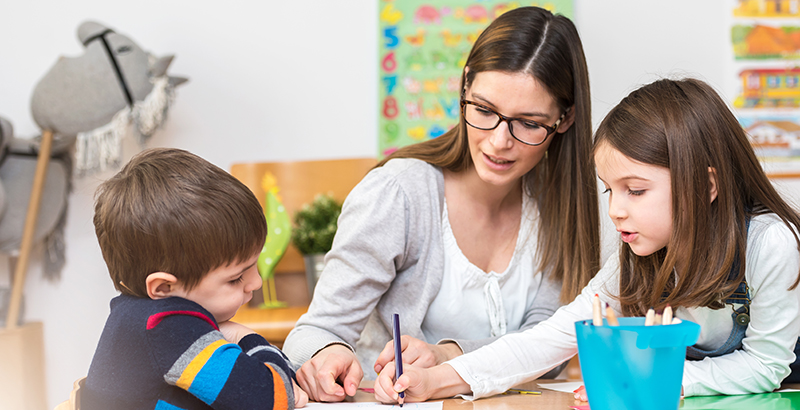 What does it mean to be a profession? That’s a question that vexes a lot of fields, and it’s now a lively issue in early education. A national initiative charged with elevating the profession of early childhood education is provoking responses that highlight deep disagreement in the field about what qualifications teachers need and other crucial issues. Yet these disputes show that the initiative, known as Power to the Profession, is working. To become a real profession, the early childhood field needs space for robust, public debate about issues and tensions — something it has historically lacked.

The field doesn’t lack disagreement: Internecine debates among early childhood advocates are common, and researchers have been known to engage in heated arguments. But these disputes tend to play out primarily among elites operating in an insular sphere. They rarely engage those outside the early childhood field or, more importantly, those working on the ground within it. A combination of a culture of scarcity in the field (where there are tremendous needs but never enough money) and a sense of deep moral urgency for children creates pressure to get on board and play nice with others, stifling debate around major policy questions or opportunities.

Power to the Profession highlights the problem and the opportunity. Some stakeholders assumed its recommendations would mirror those of Transforming the Workforce for Children Birth Through Age 8, a 2015 National Academies report that highlighted the importance of early childhood teaching and recommended requiring bachelor’s degrees for all lead teachers of children ages 0–8. There is legitimate disagreement about the evidence base and feasibility of Transforming the Workforce’s recommendations. When it was published, however, a variety of factors discouraged public disagreement. The imprimatur of the National Academies and fear of alienating influential funders created a strong disincentive for people in the early education field to question the report’s recommendations. Some also worried that questioning its specifics might undermine important efforts to elevate the profession.

That stifled debate is now bubbling up in the context of Power to the Profession.

None of this means Transforming the Workforce was wrong (I happen to agree with much of it). But a culture that impedes debate on important issues carries adverse consequences for any field seeking to improve. Yes, it’s understandable to want to build coalitions and send aligned messages to policymakers. Funders want grantees to fall in line. And there are risks to publicly debating contentious early childhood issues rather than presenting a unified front. K-12 education policies, for instance, tend to be subject to much more extensive public dialogue, which can advance thinking in the field but also sometimes descend into acrimony, ideological posturing, and unproductive navel-gazing. Early childhood advocates and funders understandably don’t want to mirror that — or give ammunition to opponents or confuse policymakers by airing too many points of view.

But the risks of not having robust dialogue are also quite real. A field that can’t debate important issues internally is ill-equipped to respond to pushback from external critics. Take, as one example, the flurry of ridicule from politicians and journalists following recent media coverage of new education standards for childcare workers in Washington, D.C. Although many critiques were misinformed, they surfaced objections that those seeking to elevate the early childhood profession must be prepared to address. More robust public dialogue, both within the field and with a broader base of stakeholders outside it, would help early childhood leaders identify such pitfalls and craft strategies to prevent or respond to them.

Further, more robust public dialogue would lead to better thinking and solutions on knotty challenges facing the field. Research shows that engaging diverse perspectives leads to better decision-making. Given the complexity of issues like expanding access with quality or raising early childhood teacher pay, the field needs the best thinking it can get.

Finally, public dialogue on early childhood issues is essential as a matter of equity and inclusion. Over 90 percent of early educators are women, many low-income women of color. Their voices have historically been excluded from public and political dialogues, and even today they are often not represented in debates about early childhood policies that affect them. Creating space for dialogue that engages not just elite voices but the profession as a whole is essential to elevating early childhood as a profession — and as a matter of social justice.

How can the field foster more inclusive and robust public dialogue? Most crucially, it needs a culture that values diverse perspectives and views debate and disagreement not as threats but as essential hallmarks of a healthy profession grappling with challenging and important issues. Honestly airing and debating perspectives raised by Power to the Profession is a good start.

Longer term, the field needs outlets and venues that provide space for open dialogue and engage a broader group of stakeholders within and outside the profession. Leaders in the space must model this ethos, and funders have to genuinely value the role of disagreement and debate in driving progress by being willing to fund a broader ecosystem of analysts and advocates. Only through real debate and dialogue, in private and in public, can the field truly align on workable solutions to elevate the profession and improve outcomes for children.

Disclosure: Andy Rotherham co-founded Bellwether Education. He sits on The 74’s board of directors and serves as one of the site’s senior editors.