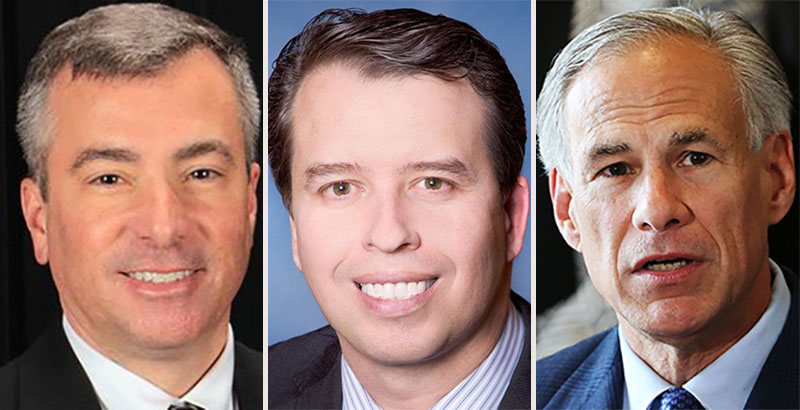 San Antonio school superintendents had a plan to reopen schools first to the city’s neediest students — but spiking coronavirus cases and a standoff with Texas Gov. Greg Abbott have jeopardized those plans.

Area school officials were moving ahead to bring back homeless and special education students and those who had fallen the furthest behind — refilling schools slowly. But even as coronavirus cases have surged across Texas, Abbott mandated that schools reopen five days a week to any student, while also offering a 100 percent online option.

With schools now set to spend the first four to eight weeks of the academic year online, superintendents say they have been in a constant state of strategizing, maneuvering and drafting reopening plans from scratch.

Brian Woods, superintendent of Northside ISD, the largest district in the San Antonio metro area, affirmed the chess analogy. His twist: Someone comes along and knocks all the pieces off every time he makes a move.

“We were getting pretty confident that we could do this,” Woods said, “By the 4th of July, that feeling had kind of gone away.”

For weeks, Abbott, the Texas Education Agency, local superintendents and politicians around the state, and teachers unions have been skirmishing over reopening plans, making it difficult to predict who will go back to school, when that will happen and what it might look like. San Antonio Mayor Ron Nirenberg took to national media to argue the case for local control.

Abbott’s office did not reply to a request for a statement in time for the publication of this story.

As it stands, schools have an eight-week “grace period” during which they can offer online instruction only, if school boards feel that is necessary. But once they open their doors, Abbot is holding firm that any student who wants to be in the building full time, five days per week, can be there.

That’s not how Woods or Martinez would have chosen to reopen.

Using data about which students struggled the most during online learning in the spring, both superintendents had planned to bring students back in a phased reopening. They would start the year with a small percentage — those who need the most services and academic intervention — and build up from there as safety and staffing allowed. Younger students would likely have taken priority as well.

Online learning has not proved worthwhile for the youngest students, who, according to research, are in a critical phase of learning.

“There are 3- and 4-year-olds who, if we can’t get them into the building, we are putting their [future] lives at risk,” Woods said, referring to the importance of early childhood education and the impossibility of delivering it online.

But Abbott and the Texas Education Agency had other ideas. The state would require campuses to open to any students who wanted to be there, for five days per week. Even if it meant filling classes to capacity. Failure to do so would jeopardize schools’ state funding, which is based on attendance.

The plan was not well received. By anyone.

Abbott, who has taken up multiple battles with local governments in Texas in recent years, eventually yielded some points to pressure from educators and school boards.

Revised guidance issued Friday gave schools up to eight weeks after their start date — which can also be moved back, given that 180 days of instruction remain on the school calendar — to offer online instruction only. This is an increase from the three-week “grace period” offered previously. The state will also continue to fund schools offering online-only instruction if city and county health officials mandate longer closures of local school buildings.

Local health authorities around the state, including San Antonio’s Metropolitan Health Department, have ordered school buildings closed until after Labor Day, and they may extend that order.

Teachers unions advocated strongly for delayed reopenings to protect the health of the workforce. However, rather than predetermined timelines, the Texas State Teachers Association has called for reopening not guided by “any consideration other than safety.” Some want to see the state set a threshold for the maximum allowable infection rate in a community before schools can reopen.

Both Martinez and Woods agreed that safety is the first priority. However, they are careful not to downplay the need to get students back into buildings. They just want freedom to bring back specific kids, without throwing the doors wide open.

“Many of our children do not live in ideal living conditions,” Martinez said at a press conference on July 15. Around 90 percent of SAISD students qualify for free or reduced-price lunch. “A long-term remote plan doesn’t work for us.”

No one can teach and learn when they don’t feel safe, Woods acknowledged, but schools should be just as worried about students’ long-term educational, economic, social and emotional well-being.

“Minimizing [the effects of] learning loss, especially for most vulnerable kids, is asinine,” Woods said.

For Martinez, Woods and leaders in any other district trying to balance educational needs and health risks by staggering their reopening, two allowances are given by the state.

First, school buildings must reopen immediately to students who have no internet at home. This allows districts to bring back a meaningful portion of the hardest-hit students, though it does not cover every circumstance.

Second, schools can create a modified weekly schedule for high school students who do have internet access at home. They could come to school fewer than five days per week, alternating days with their classmates to create less crowded classrooms. Districts can offer this hybrid model to younger students as well, as long as they also have a full-time, in-person option.

SAISD parents have expressed interest in staggered schedules at all grade levels, Martinez said, and that model could allow the district to add in additional time for students who need more in-person support. They will have to wait to see what parents elect to do, however, so it won’t be as strategic or controlled as their original plan would have been.

Ultimately, superintendents need more control over who is in which building, Woods said, and they’ll need that control all year. It’s likely that there will be local flare-ups, he argued, and he wants the freedom to move quickly without worrying about how it will affect funding.

The greater his ability to target resources, Martinez said, the more likely those resources will get where they need to go. Classroom space, under CDC guidelines, is a precious resource. Right now, SAISD will continue curbside meal service, and it plans to bring some students in for individual services, such as specific special education.

“We need the flexibility to be able to meet children’s needs,” Martinez said. “For many of our children, our buildings are a refuge.”