New York City’s charter schools tend to dominate the attention of reporters, the education-reform community and the philanthropic world. However, just to the north, in the city of Yonkers, the Charter School of Educational Excellence (CSEE) is achieving results that rival any of Gotham’s better-known charters.
Sharing a boundary with the Bronx and, to the west, the Hudson River, Yonkers is a complex place. Part gritty city — with about 200,000 residents — part leafy suburb, it has a history of housing and educational inequity, as dramatized recently in the HBO series Show Me a Hero. CSEE is located in the city’s less affluent western section, where, in recent years, high-rise apartment buildings have sprouted among the multifamily row houses of the mostly low-income, minority, immigrant community.
When Eduardo LaGuerre, CSEE’s founder, moved to Yonkers in the 1990s, he was disappointed by the education his children received in public schools. “My wife and I were fortunate that we could supplement their education with private tutoring,” LaGuerre says. But it bothered him that many families didn’t have the resources to offer the same enhancement and that the district seemed “resistant to change.” A longtime New York City social services provider and community developer, LaGuerre decided to “be the change that I was looking for.”
Education experts like Carlos Medina (who continues to serve on CSEE’s board) and others from the Center for Educational Innovation helped plan the school, and LaGuerre used his fundraising and construction expertise to launch CSEE in 2005. Twelve years later, the K-8 school serving 700 students is among the highest-performing schools in Westchester County. Last year, 70 percent of students in grades three through eight scored proficient on the state math exams, compared with 25 percent in Yonkers traditional schools, 39 percent statewide and 48 percent in Westchester. On the English Language Arts exam, 55 percent of students scored proficient, compared with 26 percent in Yonkers, 38 percent statewide and 46 percent in Westchester. 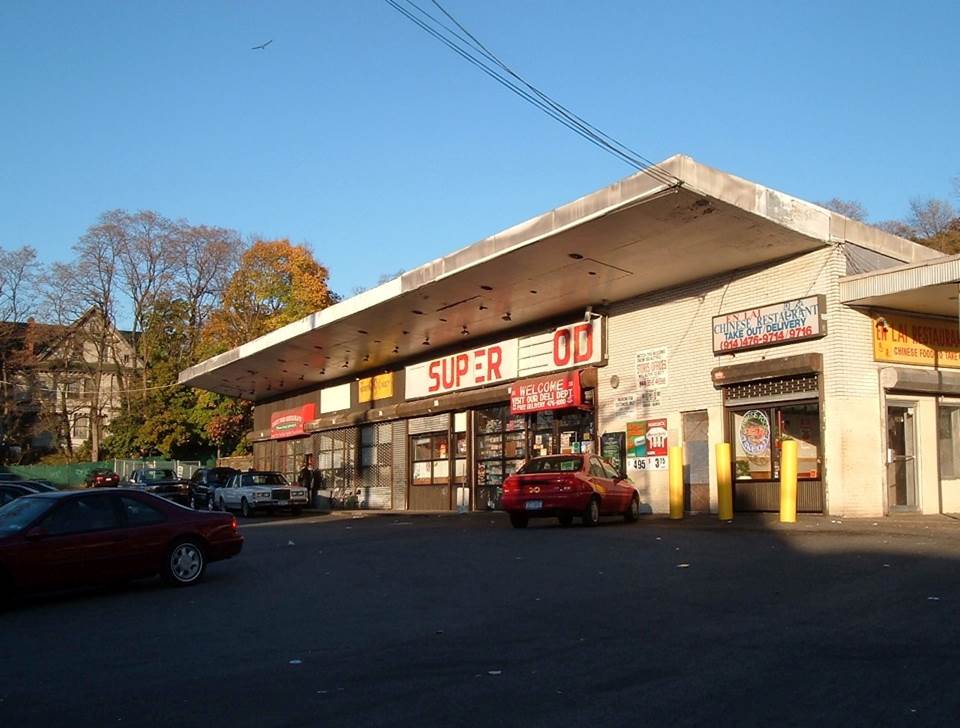 The Charter School of Educational Excellence before its renovation.
These numbers are even more impressive because CSEE serves a relatively high-needs student population. According to state Department of Education statistics, 84 percent of students are economically disadvantaged, 12 percent are English-language learners and 7 percent have a learning disability. Forty-seven percent of students are African-American. Forty-eight percent are Latino, including many recent immigrants. SchoolGrades.org — a site launched by the Manhattan Institute (where I work) that takes students’ economic backgrounds into account — gives CSEE an “A” grade and ranks it among the top schools in New York State.
When asked the secret to the school’s success, CSEE’s principal, Cindy Lopez, simply responds, “A lot of hard work.” Lopez, born in Yonkers to Brazilian immigrant parents, started at CSEE as a fourth-grade teacher in 2007, advanced to assistant principal in 2011 and became principal in 2014. When pressed, Lopez cites the longer school day and year and the fact that its well-mapped curriculum allows the school to “take advantage of every minute that the child is here.”
For English, the school employs Houghton Mifflin’s Journeys reading program in kindergarten through fifth grade and Prentice Hall Literature in grades six through eight. For math, Houghton Mifflin’s Go Math is used in kindergarten through fifth grade and its Big Ideas program in grades six through eight. Science, social studies, music and art are taught in all grades. All students take Spanish, beginning in second grade, and though the school has a Spanish teacher, it also makes heavy use of the online Rosetta Stone program because it provides instruction targeted to each student’s level. At weekly meetings, teachers co-plan lessons.
Computer literacy is also a focus, and the school has invested a great deal in technology. “We basically have the technology infrastructure of a small college,” says operations director Stephen Henriquez. Children in all grades have access to a computer. Smartboards are in all classrooms. The school teaches coding via the Code Red program, and the online diagnostic program iReady hones students’ math and English skills. 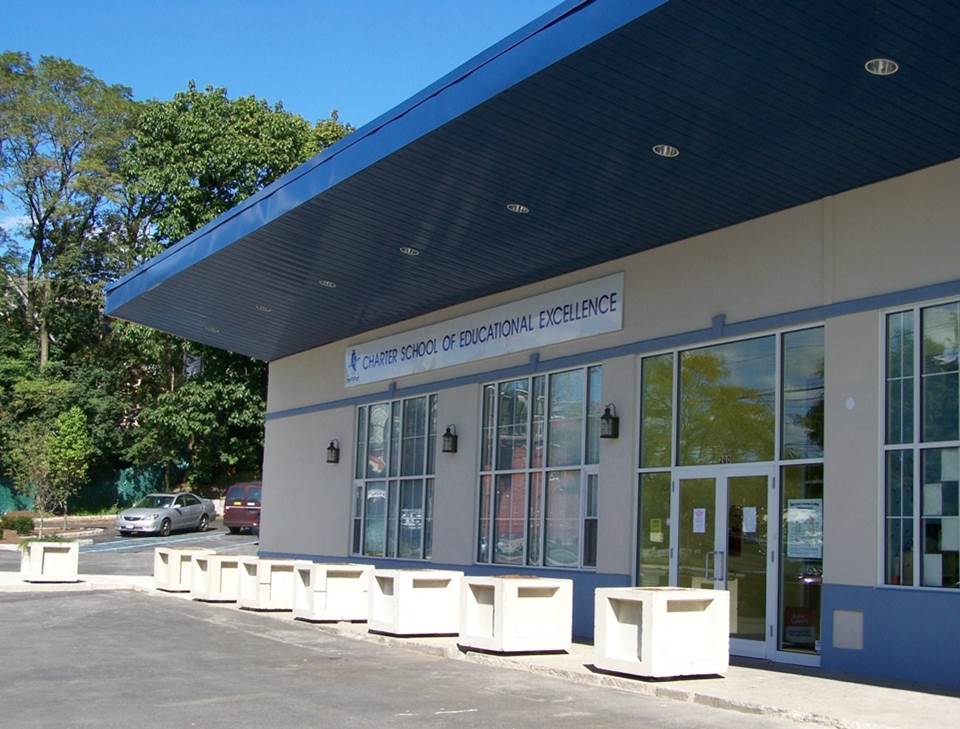 The Charter School of Educational Excellence after its renovation.
Although CSEE doesn’t seem as test-score-obsessed as other charters, it gives students frequent assessments; those falling behind receive extra help. “If we see that a student is achieving behind their classmates, we develop an action plan for that student,” said Lopez. “We put in more work and teach in smaller groups and come up with a way to catch them up.” Although student retention is high, CSEE does backfill — taking a student off its waiting list whenever a spot opens — in all grades, which makes its test scores even more impressive, as students who enter later often need to catch up.
Unlike charters in New York City, CSEE doesn’t receive facilities funding, and the school pays municipal taxes in addition to security, utilities and many other costs that public schools don’t have to think about. CSEE would like to increase its fairly minimal fundraising, but the school mostly operates on the $14,000 in per-pupil funding that charters get in New York State. The school’s nonunion teachers are relatively young, and Lopez acknowledges that keeping them at CSEE long-term is a challenge. “Our starting salaries are competitive,” Lopez says, “but it’s hard to match the pay and benefits that more experienced district teachers get.”
LaGuerre notes the “interesting dynamic” that CSEE enjoys with the Yonkers public schools. While CSEE and the city schools collaborate a bit, the school still faces a great deal of opposition. According to LaGuerre, the state Department of Education recently asked CSEE to consider adding a few seats; the school found room for 26 more students. However, when public meetings to secure city approval began, the local teachers unions organized protests and CSEE decided it wasn’t worth the hassle. Recently, the school’s board has been exploring the idea of opening a high school, but it is again facing resistance from city hall. “We are looking at various sites, and we’re hopeful that the city will support us,” says LaGuerre.
The school seems to have good relations with the local community. CSEE replaced an abandoned supermarket that had been a neighborhood eyesore and a nexus of criminal activity (see photos above). In 2010, CSEE expanded by building a three-story addition that included a gymnasium, which the school allows the community to use. CSEE’s local city council member, Christopher Johnson, told me, “Generally, I’m not in favor of charter schools, but this school really has been a difference maker. They work hard to connect with parents and the community.”
Parental involvement seems to be a key in CSEE’s success. The school’s sports teams have begun to enjoy success, and the fire marshal often has to monitor school events for fear of overcrowding. I spoke with a few parents, including Jasmine Colon-Figueroa, whose son spent the first few grades in the local public school before coming to CSEE. When asked what makes CSEE different, she said, “I got to see both worlds.… With this school, I can honestly say they focus on each student and the teacher takes the time to make sure each child gets what they need.” CSEE’s waiting list of several hundred children shows that many Yonkers parents are yearning for the same choice.
As New York City schools continue to make progress, the education-reform and philanthropic communities need to turn their attention to the state’s other large districts — Yonkers, Buffalo, Rochester, Syracuse — that continue to lag far behind. As the Charter School of Educational Excellence shows, education reform doesn’t have to stop at the New York City border.