Rice: Charter Schools Are Advancing the Cause of Black Education in America for the 21st Century 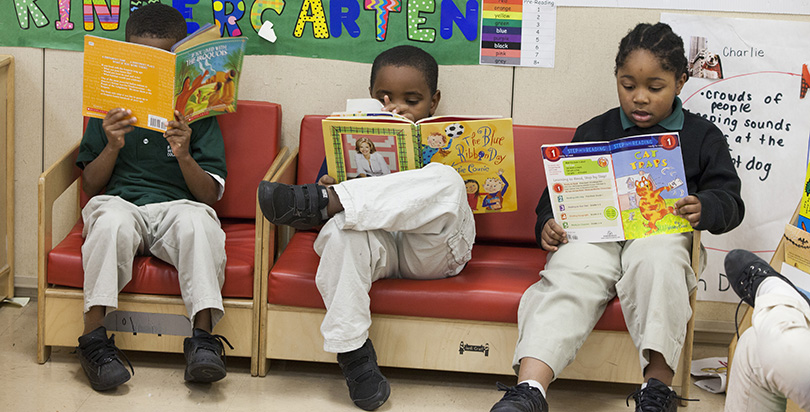 African-American educators have been at the forefront of education battles through the centuries. Before Brown v. Board, black educators came together to operate schools that were responsive to our community. And after the landmark ruling, black educators worked tirelessly — literally giving their sweat, blood, and tears — to enforce the Supreme Court’s will.

There are many battles yet to be won. However, today’s African-American students have at least one advantage that their pre-Brown peers did not: public school choice. This was the topic of a session I hosted last month at the National Charter Schools Conference in Washington, D.C. “Great Schools by Us, for Us: African-American Institutions and Charter Schools” brought together leaders Shirley Franklin, former mayor of Atlanta; Pier Blake, executive director of the Jack & Jill of America Foundation; and Dr. Paulette C. Walker, national president of Delta Sigma Theta sorority, to explore the role of black institutions in the public charter school movement.

A key theme of the discussion was that even in 2017, there remains a strong need for culturally responsive public education which nurtures the brilliance of black students. Because let’s be honest: Despite all the progress we’ve made as a country, our children are still inundated with messages that they are “less than” because they are black.

First, we looked at where we’ve come from. Much is owed to the Freedmen’s Bureau, white missionary societies, and Northern charities in creating some of the first schools to educate black children after the Civil War. But black communities — many desperately poor — also dug deep into their own resources to build and maintain schools that met their needs and reflected their values.

There are countless examples of black institutions and leaders creating schools on their own, for their own. The African Methodist Episcopal Church created Morris Brown College and Allen and Wilberforce universities. Mary McLeod Bethune created Bethune-Cookman College with just $1.50. Marva Collins fought valiantly against the Chicago Public School District to create Westside Preparatory School. Mississippi’s Piney Woods Country Life School, founded in 1909 — just one example of a black private boarding school — sends 97 percent of its students to college.

Today, hundreds of African-American leaders are committed to educating our children and using public charter schools to continue the tradition of uplift for them.

For example, Alpha Phi Alpha fraternity, the nation’s oldest intercollegiate black fraternity and my fraternity for 29 years, has conducted national programs such as Go-to-High-School, Go-to-College since 1922, and today’s Project Alpha. These vital programs provide education, motivation, and skill-building on issues of responsibility, relationships, and more for young males. The fraternity also oversees initiatives such as the Leadership Development Institute, which develops 21st century leaders within the African-American community.  Alpha Phi Alpha, with its deep history, experience, and leadership, is perfectly situated to create its own charter school. Indeed, all three of its programs embody foundational pillars of the charter school movement.

Alpha brother Roland Martin, in his School Choice Is a Black Choice initiative, has called on the men of Alpha to open 50 Alpha Charter Academies over the next five years — an ambitious goal, but one that not only my fraternity should pursue, but also the members of Omega Psi Phi, Kappa Alpha Psi, Phi Beta Sigma, Iota Phi Theta, Sigma Pi Phi Boulé, and other historically black fraternities.

Another Alpha brother, Tim King, created Urban Prep Academies, which is nationally known and honored as an all-male charter school network that has graduated 100 percent of its students for more than seven consecutive years, as well as sending all 100 percent to four-year colleges. The Detroit Alumni chapter of Delta Sigma Theta sorority was instrumental in opening Delta Prep Charter School based on the organization’s service programs and mission. Furthermore, The 100 Black Men of America and several chapters of the National Urban League have opened charter schools, though their numbers have been small in a world of more than 6,900 charter schools nationwide.

Charter schools created by African-American institutions would not only allow black people to truly control the education of our children but also create a pipeline for teaching jobs for our brothers and sisters currently studying to be educators — especially if those same institutions can conduct their own teacher training. Additionally, black-led charter schools would benefit black vendors of food services, landscaping, curriculum, software, and more who cannot currently compete for larger district contracts because they lack the capacity to bid for opportunities at that scale. If black professionals can be hired and supported by these schools, it would economically empower whole communities.

There are still great battles to be fought in the name of a high-quality education for black students, from ending the school-to-prison pipeline to achieving graduation and college-acceptance rates on par with their white peers. One tactic that has consistently led to gains for our students — pre- and post-Brown — is when black educators take the reins and open our own schools. Charter schools provide a perfect vehicle for such autonomy, and I’m grateful that such leaders and educators joined me at the National Charter Schools Conference to explore turning the dream of more black-led charters into reality. 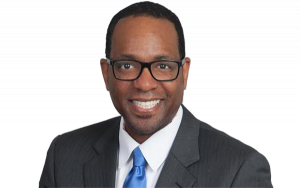 Ron Rice is the senior director of government relations for the National Alliance for Public Charter Schools. He is a former chief policy analyst for the New Jersey state Education Department and a former Newark city councilman.