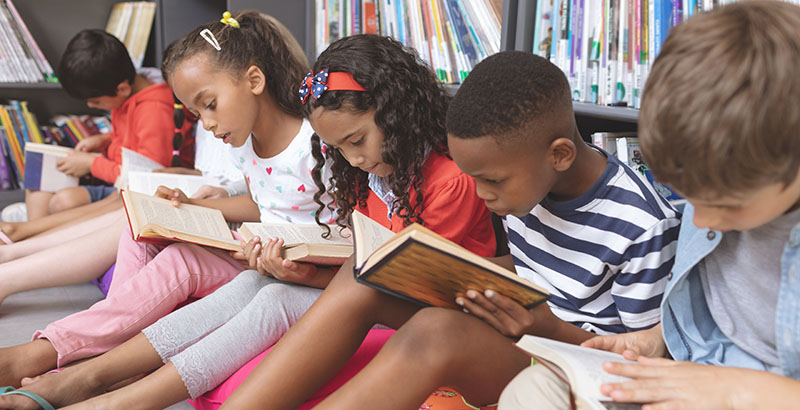 Today, Capitol Hill often seems a dark and gloomy place, drained by quarantine of virtually all the energy and activity typically found in the halls of Congress. But 20 years ago, on a beautiful April morning in our nation’s capital, with the sun shining and the remnants of cherry blossoms hanging in the air, a crowd gathered in a room under the Capitol dome. In this same room, individuals written about in our history books debated wars, new national policies, constitutional amendments and federal budgets. But on this particular day in 2000, the room was used for a different yet equally important purpose: Congressional leaders gathered to hear the findings of the National Reading Panel (NRP), a work group charged to determine the best, research-proven ways to teach children to read.

After determining that “Johnny can’t read” and that we were living in “a nation at risk,” the country was finally ready to shift from what was wrong to what could be done to fix it. The members of the panel detailed nearly two years of examination of decades of research, and more than 100,000 experimental and quasi-experimental research studies, on what works to get virtually every child reading at grade level by fourth grade.

In the years that followed, many researchers tried to disprove its findings, believing that the results were too prescriptive or that its funnel for qualifying research was too narrow. Despite these efforts, however, it is now two decades later, and the panel’s findings remain as strong and supported as they were that April day 20 years ago last week. The panel emphasized that good reading instruction incorporates explicit and systematic instruction in five components of reading:

Despite the clarity of the NRP’s determinations, we are still facing the same literacy challenges two decades later. We have continued to fail at improving the teaching and learning of reading. More than a third of our fourth-graders still can’t read at grade level, according to national tests, with the numbers even more dire when it comes to African-American, Latino and low-income students. As highlighted by journalists such as APM Reports’ Emily Hanford, although we may know how to effectively teach virtually all children to successfully read, we simply aren’t putting that knowledge to work in our teacher education programs and elementary school classrooms.

It shouldn’t be this way. Soon after the NRP report’s release, No Child Left Behind provided meaningful dollars for Reading First, a program designed to ensure that states used scientifically based reading instruction in their classrooms, that publishers produced research-based instructional materials for school districts, and that pre-service and in-service teacher education was rooted in the same research. The shift proved fleeting. Federal dollars dried up, and states, school districts and schools largely went back to what they were doing before.

Since then, the resistance to the NRP model has grown. Efforts to transform teacher education — by moving away from the instructional philosophy of whole language to the research-based phonics approach — were rejected by many of the same faculty who have been preparing elementary school teachers for decades. Rejection of value-added measures in teacher evaluations underscored the education community’s pushback to data-based approaches to teaching and learning. And as families and educators grew more frustrated with high-stakes testing and the Common Core, it became easier to cast off what decades of experimental research had found in favor of personal preferences and comforts.

More importantly, though, the NRP’s findings didn’t have the long-term impact originally intended for the simple reason that change is hard. No matter how clear or strong the research is, advocates of that research must make a forceful hearts-and-minds argument for why and how the research should be adopted, who should adopt it, how we should pay for its adoption, and how we should effectively measure that the adoption has been done properly and successfully. When it came to the NRP, though, advocates — including me — originally believed the data were so incontrovertible that it would be adopted with little resistance.

Twenty years later, we celebrate the findings of the National Council on Teacher Quality that roughly half (51 percent) of traditional educator preparation programs are teaching at least four of the panel’s five non-negotiables in literacy instruction. Yet, just as that paper was released, the Council of Chief State School Officers bemoaned that “millions of students are still taught using outmoded or debunked methods with no scientific justification.” Regardless of the spin, two decades have passed, and nearly half of teacher preparation programs still aren’t using the full NRP findings, and millions of learners aren’t being taught to read.

Producing a strong research study that collects dust on the shelf can hardly win the day. For generations now, we have fought ideological skirmishes over literacy instruction, watching the pendulum swing as classroom educators simply waited it out until the latest “hot” thing lost favor and classrooms returned to what they were previously doing. If we truly want to declare a reading victory and tout our collective instructional successes, we need to commit to some basic truths.

When it comes to effective literacy instruction, every teacher should require:

And when it comes to becoming a successful reader, every learner should be:

Two decades ago, reading advocates assumed that the findings of the National Reading Panel would settle these debates and result in immediate, comprehensive improvement to how literacy is taught and learned. We were wrong. As the years have passed, we unfortunately see that too little was done too slowly to move that research into practice, forcing us to settle for half-victories. As a result, multiple generations of subsequent learners lack the reading skills necessary to succeed in our global, digital information economy. Until we seize these rights, we will remain a nation at risk.

Patrick Riccards is the executive director of Best in the World Teachers. Patrick previously served as chief of staff to the National Reading Panel and as director of the federal Partnership for Reading Collaborative. He is the author of Why Kids Can’t Read: Continuing to Challenge the Status Quo in Education.