Rewriting No Child Left Behind: Analyzing the Fine Print Behind Congress’ 3 Top Compromises 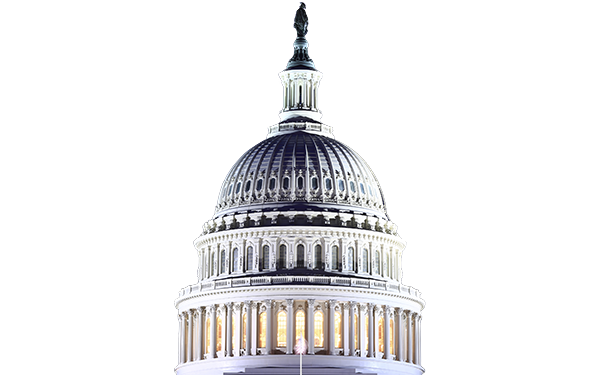 Rewriting No Child Left Behind, the country’s landmark K-12 education law, was never going to be an easy task. Disparate interests — teachers unions, education reform groups, civil rights advocates, governors and state legislators — and their diverging, often opposing priorities, made for a tough road to negotiation.

Several attempts since the law’s 2008 expiration went no further than passage in the House. Rewrite efforts this year started out on a similarly rocky path, and efforts seemed like they might be DOA after some key resignations and a filibuster threat by Senate Democrats. Despite the long odds, legislators released their “framework” for a compromise and gave it their official blessing just before the Thanksgiving holiday.

Congressional committees released the full text of the compromise Monday morning. The 1,000-plus page bill will hit the House floor later this week, and the Senate will consider it next week, sending it to President Obama for his signature by the end of the year. The bill would end existing waivers from NCLB benchmarks and enforce most of its newly defined standards starting Aug. 1, 2016, ensuring that the provisions are in place for the next school year.

Here’s how negotiators crafted three of the most contentious parts of the compromise:

ACCOUNTABILITY: The original law set a high bar for accountability: every child had to reach a “proficient” level on standardized tests by 2014, and schools that didn’t make progress toward that goal were subject to a series of increasingly harsh penalties. Although almost everyone agreed that was an unattainable standard, there was no consensus on of where to draw the line between that approach and the leniency of previous eras.

Obama, congressional Democrats, and civil rights groups wanted to ensure some federal oversight in schools, particularly those that fail poor children, English language learners, students with disabilities and children of color. Republicans, meanwhile, remained suspicious of federal oversight of K-12 education, which they see as primarily a state and local issue.

In the end, negotiators split the difference. States will set up their own accountability systems for schools. They’ll have to consider test scores and other academic factors, like graduation rates and English language proficiency, at an unspecified but “much more substantial” weight than other factors, like school climate and safety, access to and completion of advanced coursework, and student and educator engagement. 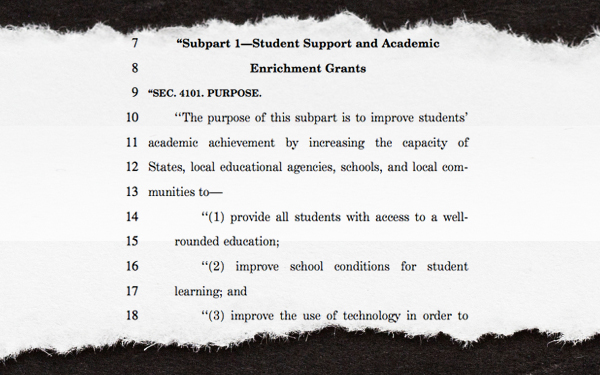 Starting in the 2017-18 year and every three years after, states will have to report on the bottom 5 percent of schools based on its accountability measure, those with achievement gaps between underserved populations and white, affluent and non-disabled students, and high schools that graduate less than two-thirds of students.

Districts, with state approval, will then have to “locally develop and implement a comprehensive support and improvement plan for the school to improve student outcomes.”  Those remedies will have to meet some very broad federal standards, like including evidenced-based interventions and being rooted in an assessment of individual schools’ needs.

FUNDING: Here, Republicans notched a win with the creation of the Student Support and Academic Enrichment grant that trimmed dozens of existing programs and put them into one pool of money for schools to offer well-rounded educational experiences, increase access to personalized learning and improve health and safety. The committees authorized $1 billion for the programs for fiscal 2017. 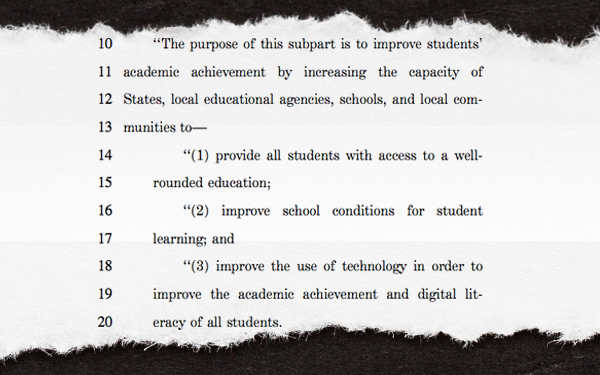 Democrats, meanwhile, ensured the inclusion of “maintenance of effort” and “supplement not supplant” provisions in the law. These require, in essence, that states not cut funding while taking in increasing amounts of federal dollars. The provisions weren’t included in the House’s original draft, and Democrats said leaving them out of a rewrite could give states a free pass to cut education budgets.

COMMON CORE AND FEDERAL CONTROL: In addition to the limits on federal oversight in school accountability, the bill also puts some strict constraints on the federal role in curriculum, prohibiting any employee of the U.S. Education Department from mandating, controlling or directing any educational entity to adopt a particular curriculum as a condition of receiving federal funds.  That is, of course, a peace offering to the most conservative Republicans, who balked at the federal government’s role in funding the Common Core-aligned testing consortia and requiring that states adopt “college- and career-ready standards” as a condition of NCLB waivers and Race to the Top grants. 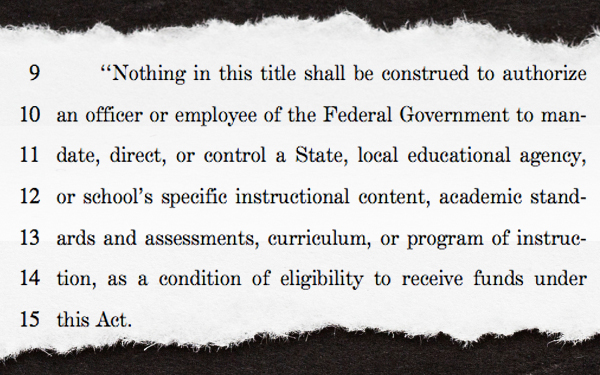