Rethinking Civics Education, and National Standards, For the Class of 2016 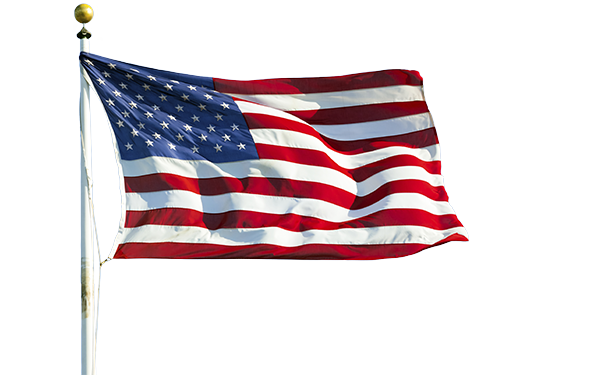 It is, without a doubt, a time of rapid change in America: a time of protests in Ferguson, Baltimore and the Black Lives Matter Movement; a time when congressional Republicans threaten to shutter the federal government over funding for Planned Parenthood; a time of new civil rights for gay, lesbian, bisexual, and transgender Americans.
But while most American students receive some form of civics education, experts say the current curriculum is falling short in preparing children of the 21st century to become active citizens in our evolving democracy.
Nearly all states require high schoolers to take at least one social studies class, and most require civics. That class, though, which often teaches students little more than the three branches of government, should be the floor, not the ceiling, of what we teach teenagers before they enter the real world and we expect them to be productive citizens, experts say.
Susan Griffin, executive director of the National Council for the Social Studies, illustrates her point with a scenario: Say you want a new stop sign installed on your street. A good civics education will teach you not only which level of government you should approach with your request, but also how to collaborate with neighbors in advocating more effectively, and where/how to research data on car accidents that might bolster your traffic safety request.
Learning the three branches of government is “barely a beginning,” Griffin says. “[Knowing] the mechanics of government is not going to prepare you to participate in the system.”
Meira Levinson, a professor at the Harvard Graduate School of Education, says civics is “not a priority” in America’s schools, because no one is requiring schools to focus on the subject area. Nor are they providing funding for its expansion or development.
The fact that most schools require civics in 12th grade, after a percentage of students have dropped out, also means that too many students — as much as 20 to 50 percent of certain groups of kids — miss the class entirely, she said.
Missing out on that curriculum has real-world consequences. Today’s young people are far less likely to vote than they were in previous decades. In the 2012 presidential election, 38 percent of voters aged 18 to 24 turned out, as compared to about 51 percent of those in the same age group in 1964, according to the U.S. Census.
Levinson argues that beyond voting there is a broader “civic empowerment gap” analogous to the academic achievement gap. She says that people who are white and wealthier are more likely to have the civic knowledge and skills to participate fully in society. They’re also more likely to hold political power and influence.
Much like the achievement gap, she says she sees the civic empowerment gap as an injustice. “It is not just irrational for this [civic empowerment gap] to be true, but it’s actually anti-democratic. There’s no way that you should be able to predict somebody’s civic or political power based on personal attributes,” she said.
Some, including the Joe Foss Institute, have argued that civics has declined in the No Child Left Behind era because it isn’t being tested.
The NCLB testing mandates and a continued emphasis on STEM created a “perfect storm” that resulted in a de-emphasis of civics, says Lucian Spataro, a member of the board of directors and past president of the Foss Institute. “The pendulum has swung so far in that direction, we felt compelled to bring it back to the middle,” he said.
So the group launched the Civics Education Initiative, which is now lobbying state legislatures to require students to pass the U.S. Citizenship Exam by the time they graduate.
The test is composed of 100 questions; prospective citizens are asked 10 of them and must answer six correctly. It includes everything from how many U.S. senators are there (100) to who is the chief justice of the Supreme Court (John Roberts) to why does the flag have 50 stars (to represent the 50 states.)
The group has conducted focus groups and found that Americans across the political spectrum agree that graduating teens deserve more civics instruction, Sparato said.
“These are the kids that are going to inherit this country relatively soon,” he said. “It’s important for them to be in the game, for sure. It’s important for everyone to be engaged in voting and be involved in the governance of the country.”
Nine states have currently adopted the requirement to pass the citizenship exam since the group started their legislative push in 2014. Sparato says the initiative now hopes to get another 20 states to sign on by the end of the year.
Levinson and Griffin said the knowledge tested by the citizenship exam is important, but both also dismissed the test as a ridiculously low bar for an appropriate civics education. Sparato, for his part, said the test is a “step in the right direction” rather than an end goal.
Meanwhile, the National Council for the Social Studies has been developing a more ambitious framework for civics education —  Common Core-like standards for history, geography, economics, and civics. These standards, called the College, Career and Civic Life Framework (C3 for short) aim to boost the rigor of social studies education; encourage critical thinking, participatory citizenship skills, and problem solving; and align with the Common Core English/Language Arts standards.
Levinson, who helped guide the C3 standards, also argues civics shouldn’t be just concentrated in one year or one class, but should be woven into other subject areas as well. For instance, when students learn persuasive writing, one assignment could involve researching an issue and writing a letter to a local elected official. In science class, students could discuss why certain research is given public funding while other types aren’t.
Extracurricular activities, like student government, school newspapers, and clubs with leadership positions, are also part of the equation, Levinson said. “My ideal is that every year of kids’ schooling, they will have experiences to learn about and practice being citizens,” she said.
Submit a Letter to the Editor