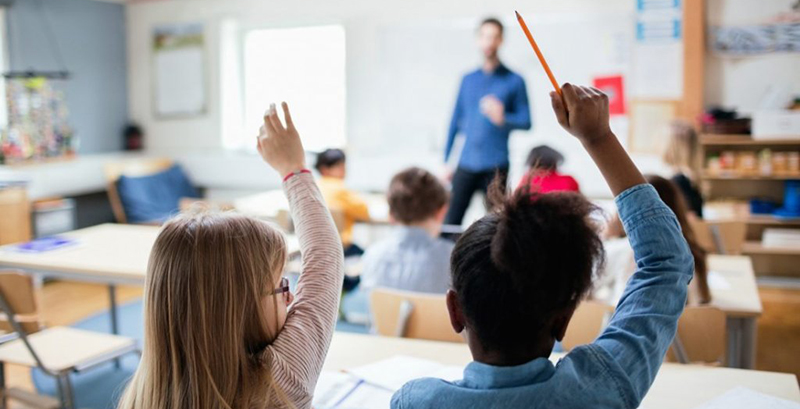 Native American educators praised the Arizona State Board of Education and the Department of Education for renewing the state’s Indian Education Policy last month, a move they say moves toward improving education for Indigenous students.

“This is absolutely a step in the right direction,” said Esther Nystrom, vice president of the Arizona Indian Education Association (AIEA), a non-profit organization made up of educators and community members that work together to improve the K-12 and college education of Indigenous students in Arizona.

Through this renewal, Nystrom said that it shows that the Arizona State Board of Education and Arizona’s Department of Education are willing to continue to build relationships with tribes and leaders in Indian education.

“We want to make sure that we give encouragement and support to our Native American students and with the renewal of the policy it is advocating for Native American people,” she added. “We want people to understand our community and know that we are still here and that we are in the school system.”

The Indian Education Policy was adopted by the Arizona School Board of Education in 1985, then revised and adopted again in 2002. On Oct. 25, the board renewed the policy.

“The purpose of this policy is to promote maximum Indian participation and to ensure collaboration in achieving quality education for American Indian people,” the policy reads. The Arizona State Board of Education recognizes the value and importance of Arizona’s American Indian languages, cultures, and histories.”

For Kimberly Daingkau-Begay, president of AIEA, the renewal shows that the State Board of Education recognizes the nation-to-nation relationship Arizona’s 22 tribes have with the state and federal governments. And it provides some weight for Indigenous educators when they want to address their needs or improvements for Indian education, Daingkau-Begay said.

“Having this renewed is a fairly strong statement in support of American Indian students and their education,” she said.

“We are still here, we want people to know that we are still making a difference, we are still doing great things in Indian education,” she added. “We have a lot of Native students doing amazing things out there — let us show you what those are, because this is something that we are doing right now as Native American people.”

Nystrom and Daingkau-Begay are also part of Superintendent of Public Instruction Kathy Hoffman’s Indian Education Advisory Council at the Arizona Department of Education. It was members of the advisory council who brought the policy renewal request to Hoffman, and she took it to the Arizona State Board of Education in October.

The Indian Education policy has been in place since 1985, and according to the State Board of Education Executive Director Alicia Williams, once a policy is adopted it doesn’t expire.

“The Board is an entity, made up of individuals, but it is the entity that sets policy,” Williams said. “Members may come and go, may even change/adjust policies, but for the most part, policies remain because the Board, as the entity, approved them.”

So, when the board does renew an older policy, Williams said it primarily serves to remind people that it is there by bringing it to their attention.

“Renewing a policy allows schools to recall that SBE has the policy ‘on the books’ and allows for schools to remind their governing boards and apply the policy at the local level where it is relevant,” she added.

Even with the policy renewal, it will still be up to local school boards and districts to make sure that education about Indigenous people and communities is included in their curriculums.

“The Arizona State Board of Education strongly recommends that Local Education Agencies integrate Arizona American Indian languages, cultures, and histories into all areas of the curriculum to foster appreciation and understanding for all students,” the policy states.

Hoffman said working with the Office of Indian Education has been a high priority for the Arizona Department of Education since she was elected in 2018. She said she wants to keep expanding and elevating the work they do.

When she took office, she said the Office of Indian Education was run by one person, and it never received state funding, even after the department added it to its annual budget request.

It wasn’t until the department received COVID-19 recovery funds that it was able to dedicate $1 million dollars to the Office of Indian Education, which allowed four more people to be hired.

“With this bigger team, we’ve been able to do more to serve our tribal nations and really build on those partnerships with the tribal nation’s leaderships,” Hoffman said.

She said that making this recommendation to the state board was really important after the recent experiences and challenges Arizona’s Indigenous communities faced during the pandemic. It helps align the policy as a priority by having the board recommit to it, she added.

“This was just one way they felt like they could elevate and promote the needs of our schools, educators, and students who are part of our Indian education community in Arizona,” Hoffman said. “I feel very proud to be on the board that has unanimously supported this policy. I’m pleased that we were able to pass this with such ease.”

This article originally appeared in the Arizona Mirror.