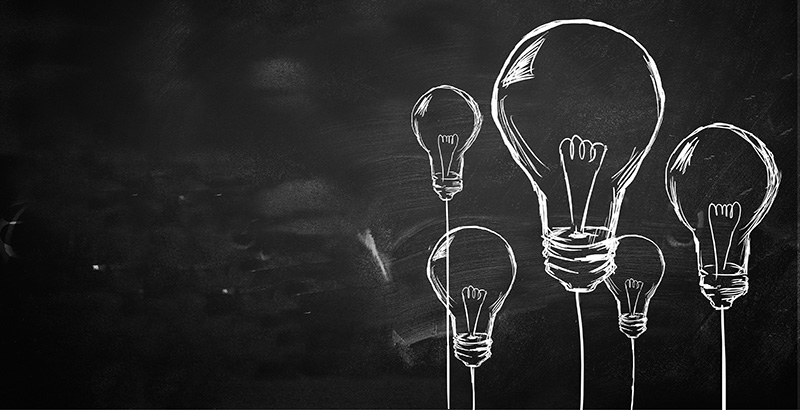 David Osborne’s newest book, Reinventing America’s Schools: Creating a 21st Century Education System, vividly and specifically unpacks his theory of how U.S. education must be redesigned for the modern era — and sketches out a road map for cities and policymakers to follow in building towards the future.

The 74 has partnered with Osborne in launching Reinventing Schools, an immersive website and multimedia experience that not only offers up specific case studies from across the country in cities that have redesigned their districts, but hosts in-depth interviews with educators, students, and visionaries who have been part of the process.

Here’s a roundup of Osborne’s initial excerpts from his book — including his detailed introduction to the project:

1. Introduction — To Save Public Education We Must Reinvent It

If we were creating a public education system from scratch, would we organize it as most of our public systems are now organized?

Would our classrooms look just as they did before the advent of personal computers and the Internet? Would we give teachers lifetime jobs after their second or third year of teaching? Would we let schools survive if, year after year, half their students dropped out? Would we send children to school for only eight and a half months a year and six hours a day? Would we assign them to schools by neighborhood, reinforcing racial and economic segregation?

Few people would answer yes to such questions. But in real life we don’t usually get to start over; instead, we have to change existing systems. And that threatens tightly held interests—such as teachers’ rights to lifetime jobs—triggering enormous political conflict. One city did get a chance to start over, however. In 2005, after the third-deadliest hurricane in U.S. history, Louisiana’s leaders wiped the slate clean in New Orleans. After Katrina, they handed more than 100 of the city’s public schools—all but 17—to the state’s Recovery School District (RSD), created two years earlier to turn around failing schools. Over the next nine years, the RSD gradually turned them into charter schools—a new form of public school that has emerged over the last quarter century. Charters are public schools operated by independent, mostly nonprofit organizations, free of most state and district rules but held accountable for performance by written charters, which function like performance contracts. Most, but not all, are schools of choice. In 2017 the old Orleans Parish School Board, which is elected, decided to transition its last four traditional schools to charter status. Perhaps by next school year, 100 percent of the city’s public school students will attend charters.

The results should shake the very foundations of American education. (Read the full excerpt)

2. The Revolution in New Orleans

…A century later, the third-deadliest storm in U.S. history hit Louisiana, killing 1,800. And just as the Great Galveston Hurricane wiped the slate clean for reform, so did Katrina. In its wake, the most important experiment in U.S. public education began in New Orleans. Two years before, the governor and state legislature had created a Recovery School District (RSD), to take over the worst public schools in the state. After the storm, they handed it more than 100 New Orleans schools. Gradually, over the next seven years, the RSD turned them all into charters. Today, every public school student in the city attends a charter school.

By 2014, when the state switched standardized tests, the percentage of students testing at grade level or above had jumped from 35 to 62 percent. Schools in the RSD had improved almost four times as fast as state averages. Before Katrina, 62 percent of students in New Orleans attended schools rated “failing” by the state. Though the state raised the bar, by 2016 only 6 percent attended failing schools. Graduation and college-going rates now exceed the state average.

New Orleans has improved its schools faster than any other city in the United States. Indeed, some experts believe it has improved faster than any city in American history. This improvement would be impressive enough on its own, but it is occurring in a district in which 82 percent of the students are African American and 85 percent are poor. (Read the full excerpt)

Francis Scott Key Elementary School 103 had been rated F by the state for five years. In its neighborhood, nearly of third of residents had annual household incomes of less than $10,000. The school had one of the most transient and violent student bodies in the city. In its final year, 2014–15, 73 fights erupted, more than in any other IPS elementary school. Enrollment had fallen from 527 to 341, and only 11 students passed the state exams. “Every single classroom was chaotic,” says Earl Phalen, who took it over. “Literally 13 of our sixth-graders, on the pretest, were at kindergarten or first-grade levels. They couldn’t spell their names.”

Phalen, an African American who graduated from Yale University and Harvard Law School, already ran one charter elementary in town and had charters to open nine more. The Mind Trust had first enticed him to town to create a summer program for thousands of teenagers, then had recruited him to launch a charter. Of the innovation school he says:

We knew it had to be done well, because if it wasn’t, the notion of innovation schools would take a severe hit. It was sooner than we wanted to do a turnaround, and everybody said turnaround is tougher than a charter. The risk is that you’re taking on the whole school, and you have to believe that you can get third-graders and fourth-graders and fifth-graders who’ve been in a chaotic environment for five, six, and seven years to actually behave up to your expectations. But we had done summer programs with kids from seven different gangs, and we put them on one campus. So I wasn’t scared about being able to set the culture. We can set culture…

In Banishing Bureaucracy, Peter Plastrik and I explained the five fundamental strategies that we found reformers using to reinvent their bureaucracies, around the globe. We called them the five C’s: the core, consequences, customer, control, and culture strategies. By now they no doubt sound familiar, because well-run charter systems embody all five. In this book I have been careful to highlight both aspects of the core strategy—contestability and clarity of purpose and role—because both are so important in 21st century education systems. I have also discussed another strategy that becomes central when the task is as difficult as educating poor, inner-city children: creating talent pipelines and building the capacity of school leaders and personnel.

This strategy—though always useful—is less critical in many public functions, because average public servants operating in 21st century systems can perform well. But inner-city schools are extremely challenging terrain, so I have lifted capacity building up as a key strategy.

I believe there are seven strategies that hold the key to transforming performance in urban school systems, that have the most power to drive improvement. Think of them as the seven C’s of 21st century education systems:

—Creating clarity of purpose by separating steering from rowing, so those doing each can concentrate on their core purposes.

—Creating contestability, so no public school has a right to continue if it consistently fails its students.

—Creating consequences for performance, through competition, rewards, and penalties.Empowering customers by giving them choices of different kinds of schools, with public dollars following their choices.

—Empowering customers by giving them choices of different kinds of schools, with public dollars following their choices.

—Decentralizing control over operations (but not steering), to give those running schools the authority they need to succeed.

—Using this freedom to transform the culture of public schools.

—Boosting the capacity of school leaders, teachers, and other staff.