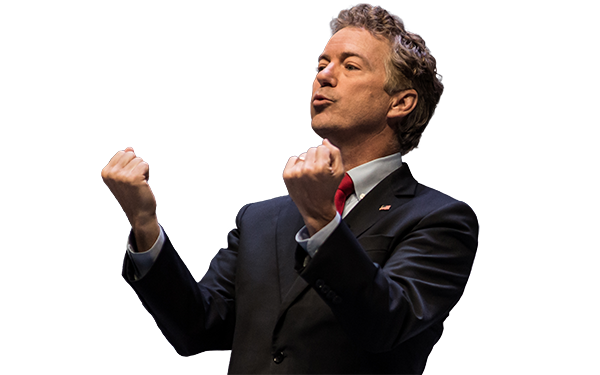 When the Senate voted in July to replace No Child Left Behind (NCLB) with a compromise bill known as Every Child Achieves, it sailed through 81–17. Most of the “no” votes came from Republicans, including the most conservative members of the chamber (and some notably presidential candidates) such as Rand Paul, Ted Cruz, and Marco Rubio.
“Congress must seize this opportunity to eliminate burdensome federal mandates and ineffective programs in order to restore decision making back to parents and students,” Ted Cruz said in a statement.
Heritage Action — the advocacy arm of the conservative Heritage Foundation — recommended a “no” vote on the Senate bill, complaining that it “represents a missed opportunity to show a clear contrast with the progressives’ failed big-government education agenda.”
Yet others opposed the rewrite for the opposite reason: not enough federal assurances that low-performing schools will be held accountable. The top three Democratic accountability hawks — Senators Elizabeth Warren, Cory Booker, and Chris Murphy — recently held a roundtable with current and future Secretaries of Education Arne Duncan and John King to stress the importance of a strong federal role in any rewrite.
Along with national civil rights groups, they argue that NCLB’s accountability provisions helped protect disadvantaged students and should be protected. Research on NCLB has consistently found that it caused math achievement to increase, particularly among disadvantaged students, though it did lead to certain unintended consequences, like cheating and teaching to the test.
The irony is that opposition to the bill from far-right-wingers is dramatically strengthening the accountability hawks’ bargaining power.
Here’s why: Senate Democrats pushed an amendment that would strengthen accountability provisions for low-performing schools. No one expected it to pass because it lacked Republican support and the National Education Association, the nation’s largest teachers union, was fiercely opposed.  And in fact, it didn’t pass, netting just 43 votes — including all but three Democrats and just one Republican — falling well short of the 60 it needed.
The Democrats were aiming for just 35 votes. With that number they could pick up a few members of the "hell no" conservative caucus to block a final bill, though for vastly different reasons. They well exceeded that total. The point was not to pass the amendment, but to make it clear to leaders ahead of a conference that there is support for accountability measures that can’t be ignored.
The conference committee, once begun, will prove to be a dicey obstacle course, involving  House and Senate staff trying to hash out differences and settle on a bill that can pass the House, survive any potential filibuster in the Senate, and ultimately garner President Obama’s signature.
Here’s the rub though: The right-wingers’ votes are not in play because they will not vote for any bill out of conference that doesn’t all but abolish the Department of Education, which is not a realistic option. This means that since there’s no shot at appeasing them, the conference will probably have to go in the other direction to get the support of the accountability hawks in the Senate and avoid a filibuster.
The same situation is playing out in the House, where Republicans were barely able to cobble together enough votes to pass what’s widely seen as a very conservative re-authorization bill. Yet the legislation coming out of conference will no doubt be significantly to the left of the House’s version, since any bill resembling the House version would be dead on arrival either in the Senate or on Obama’s desk.
But that means a good number of conservative Republicans will likely defect and oppose a more liberal bill — so again, passage will likely require Democratic support. Getting that support will probably mean some capitulation by more moderate House Republican leaders on accountability, which is fiercely backed by House Democratic education committee chair Bobby Scott.
The Republican hardliners don’t seem to understand that doing nothing — or voting down changes to the law — will maintain the very federal power they claim to despise. As it stands, the federal government has huge leverage over states due to NCLB waivers, which Duncan’s Department of Education has used to incentivize states to adopt teacher evaluation systems to his liking, which means evaluations tied to student testing results. That, in turn, led to a proliferation of standardized tests, helping fuel the opt-out movement.
American Federation of Teachers President Randi Weingarten has said that Duncan’s push for teacher evaluation has turned  the U.S. education department into  “the human resource department of every school district in America.” NEA President Lily Eskelsen Garcia and Senate education Chair Lamar Alexander have both denounced Duncan’s Department of Education as a de facto “national school board.” Those claims may be somewhat overheated, but they’re evidence that the feds’ power has greatly expanded under Duncan.
Re-authorization has been a long road, full of dead ends and wrong turns, so firm predictions are a fool’s errand — particularly with House Republicans now fighting over the powerful speakership. But if and when Obama signs a bill that protects federally driven school accountability, civil rights groups, progressives, and Democrats owe Ted Cruz and company a nice thank you note: “Couldn’t have done it without you!”
Photo by Getty Images
Submit a Letter to the Editor
October 16, 2015