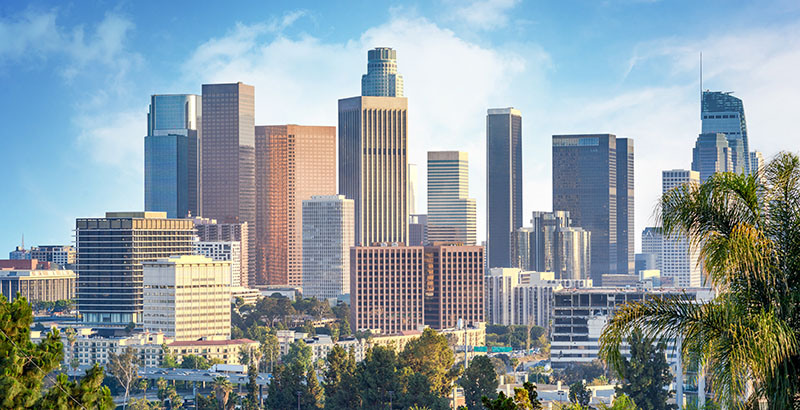 For the past four years, not one member of the Los Angeles Unified School District Board of Education has been the parent of school-age children. Although having kids shouldn’t be a prerequisite for holding this office, the complete absence of district parents means a crucial voice is being left out of the process. This is not an isolated issue, or the only problem with the district board.

For decades, parents have fought to have our voices heard on critical education issues that have directly impacted our children. We have been consistently marginalized and silenced. The politics of education has turned a deaf ear to our cries and ignored matters (e.g., a culture of low expectations, standardized tests, racial disparities in school discipline and inequities in special education) that are hurting those too young to speak for themselves. In response, we both felt compelled to get into the 2020 school board race in our respective districts, 1 and 3. We were naive enough to think we would be allowed to make actual change.

One of us is a parent in South Central; the other is a parent from the valley. One black, one white. One with kids at a district school, one at a charter. We did not know each other before we started our campaigns, but our stories echo and mirror each other’s. We are both parents of school-age children who believe that every child deserves a quality education and should be treated with fairness. We were both drawn into advocacy and activism as a result of having experienced the pain of injustice.

Kenchy, a longtime volunteer in schools, joined the fight after his son was diagnosed with a processing disorder. After he and his wife worked hard to find the right fit for their son, because of a change to a charter school law, the school was at risk of closure. Kenchy, alongside other families at the school, pushed LAUSD to keep the school open.

For Tunette, her fight at the policy level began in 2014, after her oldest two sons were suspended from preschool when they were 3 and 4 years old. That year, she shifted from a personal fight for her children to working with families and progressive policymakers at the national level to address school discipline disparities.

We both jumped into this race because we were tired of having our communities’ voices dismissed and because we knew firsthand how policy impacted the everyday lives of families. We could no longer watch children’s needs be ignored. We grew tired of the charter-school-versus-public-school war; tired of rising graduation rates at the expense of a quality education; tired of the deficit views that have been continually reproduced about parents, students of color, students with disabilities and students from lower socioeconomic backgrounds. We believed that if we wanted to see change, we needed to be that change.

In addition to our respective professional accomplishments, we have both been vocal advocates for our children. Unlike many groups, parents and students do not have unions or special interest groups advocating for us. Change in education has always been in response to the driving force that is a parent’s love. This fight is often thankless, rarely respected and almost never acknowledged. We chose to enter these races fully aware of the sacrifices we would have to make. More than that, we were both fully aware that the odds are intentionally stacked against us. This system is designed to privilege those who play a political game, not to allow for concerned parents to make change that will directly affect their families.

It was not surprising but still demoralizing when we learned that neither of us had qualified to appear on the ballot for the March 3 primary. To qualify, each candidate must either gather and submit 1,000 valid signatures or pay $300 and gather and submit 500 valid signatures, all in less than one month’s time. Kenchy missed the mark by just eight valid signatures. For a signature to be considered valid, the person who signs must be a registered voter who resides in the district that a candidate is running to represent. Furthermore, the address that the registered voter provides with the signature must match the active address on the voter registration. Unlike voting, where one’s ballot is confidential, this system requires that a voter publicly support a candidate. This is designed to protect established board members, plain and simple.

For parents without a political machine behind them, this is an intentionally high hurdle. The scrutiny is higher here than it is to actually cast a ballot. A mismatched address is not considered valid, even if all other evidence shows that the voter is eligible to vote in the district. Like the very schools we are fighting to improve, this process is a game of the haves versus the have-nots. As a county, as a city and as a school district, Los Angeles has continued to intentionally silence and diminish the perspectives and experiences of everyday people, while its officials pretend to be puzzled by the lack of parent engagement and low voter turnout. It has been said that every system is perfectly designed to achieve exactly the results it gets. Clearly, the intent here is to discourage parents from participating in the process.

At every level, the system is designed to disenfranchise certain groups. In schools, more often than not, it is parents and students, especially parents and students of color. In our county and city, it is the houseless and transient community, renters who cannot afford to buy, the formerly incarcerated and the working class. This isn’t a question of why — we know why. We know why parents aren’t engaged. We know why there is so much voter apathy. The system is designed to produce those results. The real question is, “How?” How can we redefine or replace this system? How can we move from where we are to where we should be, not just for us, but for our children?

Maybe the more important question is actually, “Who?” Who will disrupt the way these systems operate? Who will speak for those who cannot speak for themselves? Who will set right what is so obviously wrong? We believe it ought to be the people, not merely insiders with political clout or wealth, but those of us who have been pushed to the margins for too long. Then, and only then, will we see a school system that works for the people it claims to serve and for not those privileged few who hold all the power.

Tunette Powell is an author, educator and activist scholar and the mother of three sons who attend schools in the Los Angeles Unified School District. She is pursuing a Ph.D. in education at the University of California, Los Angeles, and lives in South Central L.A. with her husband and children. Kenchy Ragsdale is an advocate for the rights of parents and kids to have the best possible opportunities in public education. Originally from Chicago, Kenchy moved to Los Angeles to work in television. He lives in the San Fernando Valley with his wife and their 9-year-old son.

Tunette Powell is an author, educator and activist scholar and the mother of three sons who attend schools in the Los Angeles Unified School District. She is pursuing a Ph.D. in education at the University of California, Los Angeles, and lives in South Central L.A. with her husband and children.

Kenchy Ragsdale is an advocate for the rights of parents and kids to have the best possible opportunities in public education. Originally from Chicago, Kenchy moved to Los Angeles to work in television. He lives in the San Fernando Valley with his wife and their 9-year-old son.