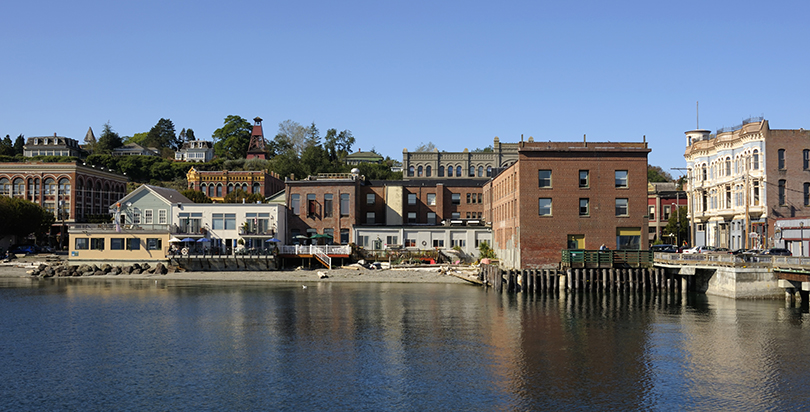 Photo: Getty Images
When the wind blows hard through the Strait of Juan de Fuca, water whips against the old brick walls lining the main street of Port Townsend. Since its founding as a Victorian seaport 90 miles north of Seattle, this picturesque town on Washington’s Olympic Peninsula has been home to generations of sailors and boat builders.

Like many waterfront communities, however, Port Townsend faces an uncertain future. A recent report on climate change preparedness for the peninsula concluded that the town has a 50 percent chance of experiencing a rise in sea levels of almost a foot by 2050. The extreme weather patterns accompanying climate change are already evident: in March, a strong storm and high winds created a “king tide…that pushed waves three feet higher than any high tide event in decades,” according to a local report.

Over the last few years, the local school district has taken these challenges head on, implementing a “place-based learning” initiative for all Port Townsend students that focuses on the seaport’s ecology and economy. The five-year plan aims to create “a central Maritime Framework throughout K-12 education” and “to anchor all subjects and grade levels in experiences of our maritime community.“

More broadly, the district hopes to use education as an opportunity to deepen students’ attachment to the town and understanding of its natural setting— as well as what may threaten it.

Rising water isn’t the only problem facing the community’s 9,000 inhabitants. Its population is aging: 32 percent of county residents are 65 or over, more than twice the state average, while just 13 percent are 18 and under, barely half of the average.

Young families often struggle to make a living and about 50 percent of students qualify for free or reduced-price lunch. In part because residents are older and don’t have school-age children, the town’s support for its public schools has been lackluster: in recent years, for instance, bonds needed for school construction have been repeatedly voted down.

When the school board was searching for a new superintendent in 2012, board member Jennifer James-Wilson recalled, “foremost in our minds was trying to bridge the chasm between district and community.” The board wasn’t sure what that would look like and wanted someone with ideas about how to do it.

Engle told me recently in an interview that local leaders were determined to foster a new sense of belonging to the town among students, and to foster in the community a new sense of ownership for the schools. His task was to figure out how to strengthen those connections systemically.

“The district was hunkered down,” Engle told me. “They felt pinned down by the notion of NCLB (No Child Left Behind) and state regulations. They were worried about getting in trouble by going local.”

Engle was the right man for the moment. He arrived with a strong environmental background; his mother was a lifelong environmental activist. “From hearing Mom rant about John Muir," he said of the famed naturalist, "I got the idea early on that everything was connected." He quickly saw that environmental concerns could unite young and old in a town already grappling with questions of sustainability.

That fall he screened the film “Carbon Nation," about community-based solutions to climate change, for staff and residents. He led discussions around how local schools — as well as the larger town — might look different if they prioritized responding to climate change.

“How do we best prepare young people to meet these challenges in the not-so-distant future,” he asked.

Engle had been principal of Seattle’s Ballard High School, which has a maritime academy, and believed that connecting schools directly to maritime trades was a powerful educational tool. His questions about local sustainability led to more extensive conversations with potential community allies, and before long the Maritime Discovery Schools initiative began to take shape.

Its guiding principles began with the dictum that “there is a direct correlation between a student’s education and the health of a community.” Plan designers envisioned district-wide, project-based pedagogy that emphasized “applicable” knowledge, craftsmanship, and the opportunities created by Port Townsend’s seaside location.

On a blustery day last February — midway through the second year of the initiative — I joined a class of fifth-graders on the wet docks of Point Hudson Marina. We were visiting the schooner Adventuress, which sat in the harbor with her decks shrouded in a giant plastic bubble. Inside the bubble, masts lay on their sides, surrounded by tools and cans of varnish. “We are a working ship,” emphasized Megan Addison, an educator on board.

This is the second winter that each fifth-grade class from the Port Townsend public schools has visited the Adventuress. Students receive short lessons on board that are aligned to that grade’s yearlong theme: human impact on the environment.

The class headed to different parts of the boat. A group that gathered near the wheel were given two jars, each containing an oyster shell. In one, the shell was white and chalky, the water cloudy; the other jar was clear, its shell shining with subtle shades of grey and beige. Addison explained that the cloudy jar was full of vinegar and taught students how to use a pH scale to measure the ocean’s acidity.

“ [Seashells] can’t be built in an ocean that that is too acidic,” she explained to the group.

Chris Neuman, the teacher supervising the class, told me that she has started incorporating MDS approaches into her science lessons, but that integrating with other subject areas felt like a longer and more challenging process.

Engle agreed that one hurdle with implementing MDS is “developing the professional capacity to think in an interdisciplinary way.” This can mean an especially large shift at the secondary level, where teachers are used to focusing exclusively on their own subject area. Carrie Ehrhardt , principal of Port Townsend High School for 15 years, told me that she was “blissfully terrified” during the early stages of the initiative a couple of years ago.

Teachers often feel that new initiatives turn out to be little more than compliance exercises. MDS provides opportunities for experimentation by teachers, but some local educators say the new framework complicates projects they were already implementing.

Moreover, the Common Core State Standards were introduced into the district around the same time as the MDS initiative. Sarah Rubenstein, the MDS program director, says the district has worked to develop connections with the standards that are developed organically out of the MDS work rather than imposed onto it.

“The challenge is how to create a model that doesn’t collapse every time standards change,” Engle said.

One key to improvement, the town’s administrators and teachers agree, is to redesign the school day to better support collaboration. The typical high school bell schedule, for example, is not conducive to interdisciplinary teams of teachers working together to craft their own curriculum: teachers need more planning time and opportunities to work together with the same groups of students, they say.

Community support is also crucial. The town had an opportunity to weigh in on the direction of the district when a $41 million bond to rebuild the elementary school came up for a vote in February 2016. When polls closed, 73 percent voted yes. Previous school bond attempts, the last in 2008, had failed.

By tying K-12 education more closely to the resources and realities of the broader community, the MDS approach appears to have given the community a greater sense of ownership.

Perhaps that's why, even after Engle announced his retirement shortly after passage of the bond, board member James-Wilson expressed optimism that the district would continue to build on his vision.

In Port Townsend, she said, “schools have become something to be stewarded.” 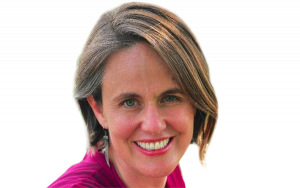 Heather is an education consultant, facilitator, writer, and family yoga teacher. From 2005 to 2010, she served as an administrator in the New York City Department of Education, under Joel Klein. She then worked for Amplify (formerly Wireless Generation) until 2014, leading school improvement teams in Detroit Public Schools. Heather and her family share a few acres of Northwest woods with owls, eagles, coyotes, and other wildlife.