Pondiscio: I Just Wrote a Book About Success Academy Charter Schools. It Does Not Support Your Preferred Narrative. I Hope You Hate It 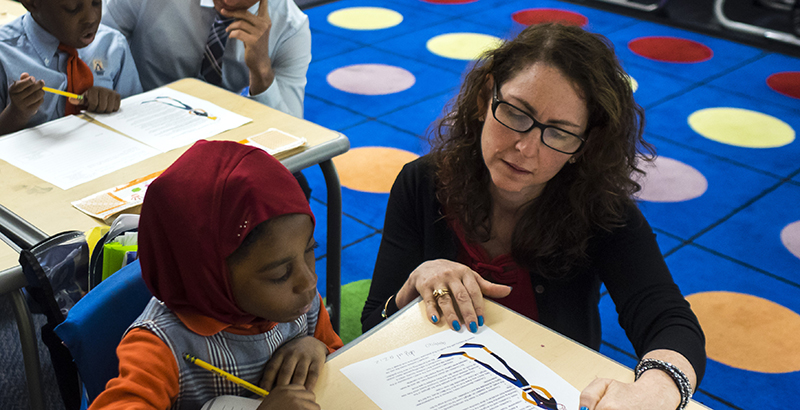 My new book, How the Other Half Learns, is based on a year of unmonitored observations at a Success Academy elementary school in the South Bronx, in the district where I taught in a low-performing public school for five years. I wanted to see what lessons could be gleaned from a successful school in a neighborhood that hasn’t had many. As the book neared completion, I confessed to a friend that I was dreading its publication. “Everyone will hate it,” I told him. This was not merely the manic mood swings most writers have about their work. Regardless of where you stand on charter schools, choice, ed reform or education at large, you’re going to be disappointed: My book does not support your preferred views or narrative.

If you are fan of Success Academy and its lightning-rod leader, Eva Moskowitz, you will likely appreciate the mostly warm portrait of teachers and administrators who are fiercely dedicated to their students. The facile caricature of joyless and militaristic classrooms, “rip and redo” teaching tactics and high-pressure test prep was simply not in evidence. In hundreds of hours of unmonitored observations, I saw a teacher raise his voice to a student only once. He was also a teacher I would dearly love to have in front of my child’s classroom. But there are aspects of Success Academy’s classroom management, and its culture of performance and pitiless transparency, that may rub you the wrong way. In the hands of an effective teacher, its pedagogy is deeply engaging, even thrilling. In unskilled hands, it’s excruciating.

If you are among Moskowitz’s many critics, you will likely feel vindicated to see your suspicions about some of the network’s policies validated and laid bare, particularly its admissions practices. To be blunt, Success Academy functions as a self-selection engine. The existence of a hugely oversubscribed lottery creates the appearance of a randomly chosen student body. However, a series of small but non-trivial steps that parents must complete between winning a seat in the lottery and enrollment act as a de facto screen for parental buy-in, engagement and competence. The logistical demands placed on parents for everything from filling out reading logs and arranging daily transportation to attending political rallies strongly favors two-parent families or those with a stable support network, which materially affects student composition. It’s all but impossible for a child to find a way into Success casually; it’s difficult to persist there if the parents are not on board with the school’s aggressive “culture demands” — or at least willing to have their parenting directed and shaped by them. If that’s not creaming, critics will argue, it’s close enough. And they’re not wrong.

But that’s not the condemnation or smoking gun those critics imagine. Starting with self-selected, active and engaged parents, Success Academy gets results that are bewilderingly consistent across dozens of campuses, easily outpacing New York’s gifted and talented programs, which actually do handpick students and affluent suburban districts where real estate prices are the first and last word in self-selection, sorting and creaming. Last year, the poorest-performing Success Academy school had 85 percent of its students pass the state English Language Arts test. The worst math pass rate among 37 schools with students in testing grades was 92 percent. If critics want to argue that Moskowitz is merely aggregating talent, not developing it or adding value, those results among thousands of children and dozens of schools must be credibly explained away. And they can’t be.

I walked into Success Academy expecting to report and write a book about curriculum and instruction. I surprised myself by writing mostly about school culture, and the discernible effect on children when every adult in their lives — including parents — is pulling in the same direction. If that’s what it takes, it’s a vexing challenge for all of us in education and education policy, and a rebuke to the narratives we employ to explain and justify our work to ourselves and others. Very little in our current policy toolbox allows screening families for “culture match” with a school’s values and practices. The vast weight of education thought and practice frowns upon it, even though it is a standard feature of elite private schools and a de facto feature in affluent “public” districts.

Success Academy staff could not be clearer during the enrollment process that their schools are not for everyone and that there would be no compromises on anything from uniforms and discipline to strict and rigorous demands for parental compliance. When you have six applicants for every seat, you can functionally say, “My way or the highway.” And they do. When Success critics (and charter school critics generally) say this makes it unfair to compare them to neighborhood schools that take all comers, they are correct. This, too, cannot not be blithely dismissed.

I’ve read the research that suggests it’s hard to make categorical claims that charter schools do or do not harm neighborhood schools financially or academically. The view from the ground — both in charters and neighborhood schools — is different. It strains credulity to think that luring away the most engaged and motivated families from struggling neighborhood schools doesn’t have a deleterious effect on school culture, concentrating dysfunction and the effects of poverty among those left behind. However, it is unethical, even immoral, to force other people’s children into chaotic and low-performing schools that we would not abide for our own because of some imagined benefit to a school or society at large. Worse, it is heedless and arrogant to assume that low-income children blessed with intact families or active and engaged parents “will be just fine” regardless of their school setting (an attitude I encountered frequently in my reporting). No one’s child is a public resource, and no affluent family is ever asked or expected to be one.

The bottom line is that we have set equity and excellence at war with each other in our schools, and none of the dominant narratives or competing theories of change — for or against charter schools — adequately resolve this tension. If you are a well-off parent who wants a safe, structured, academically rigorous school, and you wish your child to attend school alongside the children of like-minded parents, it is not insurmountably difficult to get it. If you are poor, black or brown, your access to excellence is sharply restricted. If you wish to argue that it’s unfair to allow parents to self-select into a school, you must also explain why it’s unfair only when low-income parents of color do it, or why Eva Moskowitz is to be condemned for engineering (intentionally or unwittingly) the kind of school culture and self-selection that is simply taken for granted by affluent Americans.

In sum, there is a moral bankruptcy to the way we talk about education and opportunity that requires us to argue that our preferred fixes and flavors will work for every child, and that what benefits one does not disadvantage another. But the ideas and policies we have debated for the past several decades are forces governed by Newtonian physics; for every action, there is an equal and opposite reaction. It is an oversimplification, but only a mild one, to suggest that the entire apparatus of education, reform and advocacy exists mostly to deny this reality. We have become overdependent on pleasing or expedient narratives that we know aren’t quite right, and we have become tribal in our devotions to them. It’s going to be painful and unpleasant, but it’s time to let them go.

So that’s my new book. I hope you hate it.

Robert Pondiscio is a senior fellow at the Thomas B. Fordham Institute and teaches civics at Democracy Prep, a Harlem charter school. He is the author of the new book “How the Other Half Learns” (Avery, 2019), available Sept. 10.