Weber: Families are taking a fresh look at virtual and brick-and-mortar charter schools. This newfound interest could find its way to the ballot box

So many things went wrong during the pandemic and its resulting lockdowns. Families lost loved ones. Small businesses closed forever. The pandemic has packed a punch unlike any other period in living memory and forced many to take a hard look at the state of the nation’s schools. For some parents, this was the first time they’d ever see their child’s education in action — the good and the bad.

For those of us who have long championed the rights of parents to send their children to alternative public and private schools, we weren’t surprised to hear the frustration of our neighbors. I was fortunate. My children have received wonderful educations in both virtual and hybrid settings. The consistency they offered my daughters during the pandemic is a gift we never could have anticipated prior to 2020.

More than two years later, the nation is still uncovering the effects the pandemic had on children through learning losses, mental health struggles and behavioral issues. A working paper from researchers at Penn, Yale, Northwestern and the University of Amsterdam described the pandemic as the “largest disruption to children’s learning in many countries in generations,” a crisis that will continue for decades. A Brown University study found serious declines in math and English, which were even larger in districts serving a high number of Black students.

As a result, frustrated families are now more open to alternatives to their local public schools. Parents want the power to make decisions that impact their child’s education. Gone are the days of parents handing their children over to their local neighborhood school and hoping they can meet their child’s unique learning needs. For years, a small minority had embraced the idea of school choice, but that changed during lockdowns. Having spent time as part-time teachers, families are now questioning the educational institutions they long supported.

A national survey commissioned in August by the National Coalition for Public School Options found that while 71% of parents surveyed sent their children to their local district public school, 61% believe those schools are headed in the wrong direction, including urban residents, at 67%. This follows a recent Gallup poll that found only 28% of Americans say they have a great deal of confidence in public schools, the second-lowest confidence rating on record.

That means parents have been taking a fresh look at public virtual and brick-and-mortar charter schools. Eighty-two percent of voters in the coalition’s survey support allowing parents to choose the best school for their child, and 73% believe every student should have access to a full-time virtual school.

The findings related to public virtual schools, which are free to attend, revealed their increasing popularity among Democrats (80%), African Americans (79%) and independents (77%).

This newfound interest could find its way to the ballot box. Families desperately want educational freedom, and that crosses party lines. Voters from both major political parties and independents say they’ll support a candidate in favor of school choice by an overwhelming 54%-to-13% ratio, according to the coalition’s survey. This included 67% of Hispanic voters and 57% of African-American voters. Though the bipartisan nature is somewhat surprising, it falls in line with a growing concern that voters have about traditional public schools. The message is clear: Politicians facing re-election should take note, as parents are engaged now more than ever before.

It’s a message elected officials should take seriously because they were the least trusted to make educational decisions. While parents and teachers were the most trusted (tied at 78%), the number for lawmakers sits at only 37%.

As someone who travels the country speaking to families who want the same access to school choice for their children that I have, I know that a new era of parent advocacy is only just beginning. Parents are more active in school board meetings than ever before and are asking the right questions. They’re determined in finding which school works best for their children.

That’s why more than 8 out of 10 respondents in the coalition-commissioned survey support educational freedom for parents. By backing school choice at this level with loud voices, parents are teaching their children a valuable lesson: self-advocacy. Children are learning that they never have to accept a default option. Instead, they’re growing to understand the value of advocating for themselves.

Their time for advocacy will come one day. For now, it’s in the hands of their parents. For some poor families, private schools aren’t possible. Just imagine knowing that your children attend a failing public school, and you can’t do anything about it because you can’t afford to send them elsewhere. Thankfully, those days are coming to an end because it is clear parents want the freedom to use their tax dollars on the best schools. Parents who are empowered and determined to change K-12 education in America forever are ready to be heard.

Letrisha Weber is president of National Coalition for Public School Options, an alliance of parents that supports and defends families’ rights to access the best public schools for their children. She is the mother of a virtual school student and a hybrid school student. 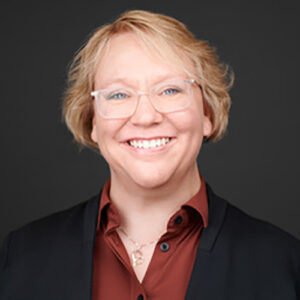