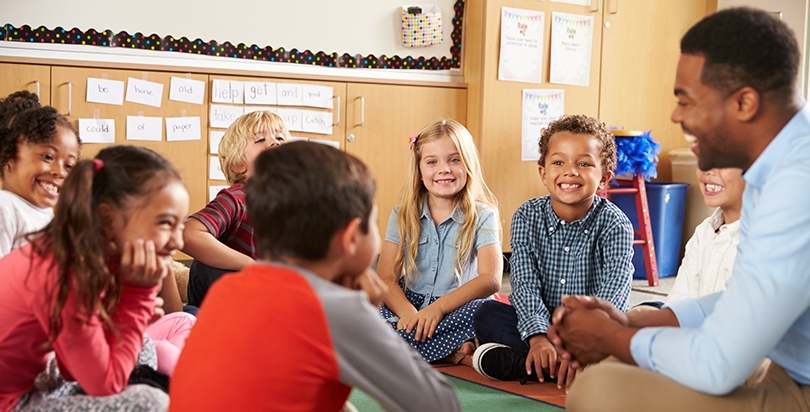 A new poll shows early support for federal educational-choice programs proposed by the incoming Trump administration and Congress.
The American Federation for Children’s third annual National School Choice Poll, released Thursday, found that more than two thirds of likely 2018 voters support the idea of school choice. Nearly three quarters of respondents, 72 percent, favor a federal tax credit scholarship, a proposal most recently introduced in Congress in 2015, and 51 percent support President-elect Donald Trump’s proposal to shift $20 billion in federal education funding to promote school choice.
“We have now reached a position where the public overwhelmingly accepts the idea that parents should have a publicly funded option available to them beyond their neighborhood school,” said Scott Jensen, AFC’s senior government affairs adviser. “Not only are these ideas embraced at the state level across the country, but we’re seeing strong support for federal initiatives as well — and other than the D.C. program, the federal government hasn’t necessarily been a place where people have focused their attention on school choice.”
The telephone poll of 1,100 likely voters, conducted by Beck Research from Jan. 2–5, found support for multiple forms of school choice. Eighty-three percent said they favor special-needs scholarships, unchanged from 2016; 74 percent support public charter schools, down from 75 percent; 69 percent favor education savings accounts, up from 65 percent; and 51 percent support school vouchers, down from 53 percent last year.
Vouchers have become a hot topic since school-choice advocate Betsy DeVos was nominated to be secretary of education. DeVos, a philanthropist and founder of the AFC, has called the organization’s support of Florida’s school voucher programs — which serve nearly 100,000 students — its biggest success.
Among poll respondents, more than 90 percent believe vouchers should be available for at least some students, though when asked whether they support providing “school vouchers to allow individual parents to use public funds to pay for tuition at private or religious schools,” 51 percent of respondents approved, while 47 percent said they were opposed.
Other surveys have shown mixed support for voucher programs. A PDK/Gallup 2014 poll showed 37 percent of Americans favored vouchers when asked, “Do you favor or oppose allowing students and parents to choose a private school at public expense?” Politico reported that support for vouchers ranges from 40 percent to 60 percent, but most pro-voucher measures fail when put on the ballot in elections. In a 2016 Education Next poll, 45 percent of the general public supported universal vouchers, while 44 percent were opposed.
After three years of surveys, the AFC poll found support for school choice remains about the same, with 68 percent of respondents in support, compared with 70 percent in 2016 and 69 percent in 2015. Support was highest among Latino voters, with 75 percent in favor, followed by African Americans, with 72 percent support, and white voters, with 65 percent in favor.
Among various age groups surveyed, millennials had the strongest support, at 75 percent, while baby boomers had the weakest, at 64 percent.
Of the demographic groups presented, teachers, Democrats and liberals showed the largest drop in support for school choice from last year, at roughly 10 percentage points each, though all groups still maintain a majority in support for choice. Republicans showed the largest increase (4 percent) in support for choice over last year.
“The poll shows something that I’ve been saying for some time,” AFC board member Kevin P. Chavous said in a conference call announcing the poll’s results. “The only people who are really against school choice are the ones who already have it.” Chavous specifically singled out white liberal Democrats as those who were least likely to favor school choice.
The poll has a margin of error of plus or minus 3.5 percentage points.
The Dick & Betsy DeVos Family Foundation provided funding to The 74 from 2014 to 2016. Campbell Brown serves on the boards of both The 74 and the American Federation for Children, which was formerly chaired by Betsy DeVos. Brown played no part in the reporting or editing of this article.
Submit a Letter to the Editor
January 12, 2017