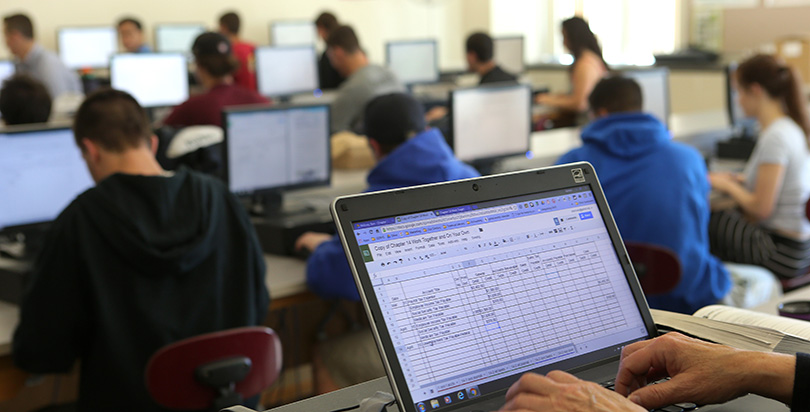 As I travel the country, working with educators and policymakers on narrowing gaps in advanced performance among groups of students (“excellence gaps”), I’m usually struck by two themes, one encouraging and the other worrisome. On the positive side, people are starting to understand that advanced achievement matters and become passionate about eliminating the excellence gaps that prevent the majority of our students from ever approaching it.

But on the negative side, I’m routinely disappointed by how often that enthusiasm fades when we start talking about solutions. The conversation goes something like this:

Ability grouping? “Not in our district, people don’t believe in it.” Universal screening? “Too expensive.” Use of local norms? “Politically tricky. Pass.” Teacher and administrator training? “Preparation programs will never do it, and we don’t have the bandwidth at the district level.” And the kicker, which is so common that I’ve become numb to it: “This is an important topic, but my urban/rural district doesn’t have any bright kids” (a comment I’ve heard from principals, superintendents, and even a state school chief).

So although we have research-based strategies that shrink excellence gaps and raise overall levels of excellence, we rarely see a district tackle this problem.

This phenomenon has grown so frustrating for me that, in response to a reporter’s question about how to close excellence gaps, I recently replied, “Be overly enthusiastic and supportive if you see someone trying to address these gaps. They’re swimming upstream and need our support.”

In this spirit, the recent plan from the Montgomery County Public Schools in Maryland deserves attention. Rather than continue to offer a gifted program that serves primarily upper-middle-class white and Asian-American students, the district has produced a comprehensive plan that appears likely to address both excellence and equity goals. I encourage you to read the details in the plan, but it essentially calls for a combination of improved frontloading in the early grades (i.e., raising rigor throughout the K-12 system to better prepare students for academic challenge later in their schooling), universal screening (having every student go through any identification process rather than rely on nominations), removal of the parent opt-in (which can advantage more knowledgeable parents), use of local or group norms for identification (providing services to the most talented students in each school rather than the most talented students across the district), and more program opportunities throughout the district (helping to lower opportunity gaps and facilitate frontloading). These are exactly the strategies that my colleague Scott Peters and I call for in our recent book on this topic.

Of course, change is not easy, and changes related to talent development in schools are particularly fraught with political consequences. I am already hearing grumbling that the Montgomery County changes will “water down” the district’s advanced offerings. That’s a pretty common complaint when a district decides to tackle excellence gaps, but I have yet to see evidence that such lowering of standards occurs when the district frontloads effectively (which Montgomery County is planning to do).

If you’re an advocate for creating educational excellence and removing excellence gaps, you should support educators and policymakers who are going out on a limb to make these things happen. If you’re in Montgomery County, lend your support to Superintendent Jack Smith; if you’re in San Antonio, Texas, support the impressive and comprehensive approach to excellence being implemented by Superintendent Pedro Martinez and his team; if you live in Colorado or Alabama, let your policymakers know that their support for universal screening will pay dividends for years into the future.

Excellence is neither accidental nor easy, and the American education system has a long way to go before truly and comprehensively achieving it. But a good first step is to support those schools, districts, and states that are willing to take the necessary, difficult first steps.

Jonathan A. Plucker is the Julian C. Stanley Professor of Talent Development in the School of Education at Johns Hopkins University.

Jonathan Plucker is the Julian C. Stanley Professor of Talent Development in the School of Education at Johns Hopkins University.