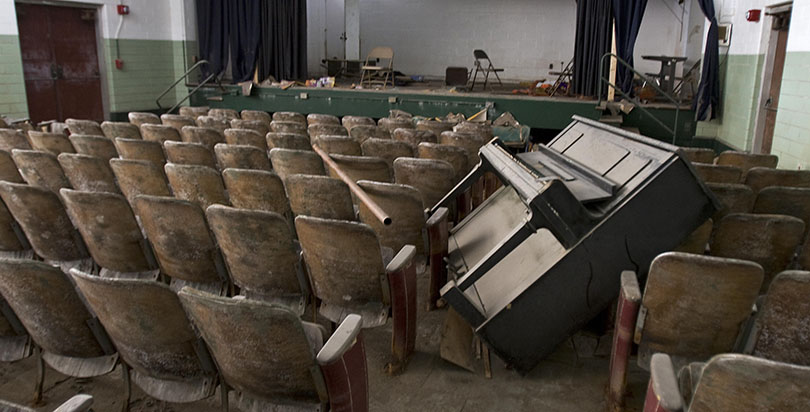 This is one in a series of articles covering the 10th anniversary of Hurricane Katrina and the rebuilding of New Orleans’ schools. Read all our coverage and essays here.
The few photographers who dared venture into New Orleans’ devastated schools after Hurricane Katrina emerged with images that were harrowing and haunting. Portraits of sheer obliteration, wreckage towering frame after frame.
When the storm came ashore on August 29, 2005, some neighborhoods in the city were submerged beneath 12 feet of water. More than 1,800 were killed by the surge and its aftermath; an estimated million Gulf Coast residents were displaced by the storm.
The city’s school system was left in ruins. More than 100 buildings were damaged or destroyed beyond repair, and the images that emerged from those derelict structures point to the magnitude of the challenge that awaited the city.
Ten years after one of the worst natural disasters in American history, here’s a look back at how Hurricane Katrina forever reshaped New Orleans schools.
AUGUST 30, 2005 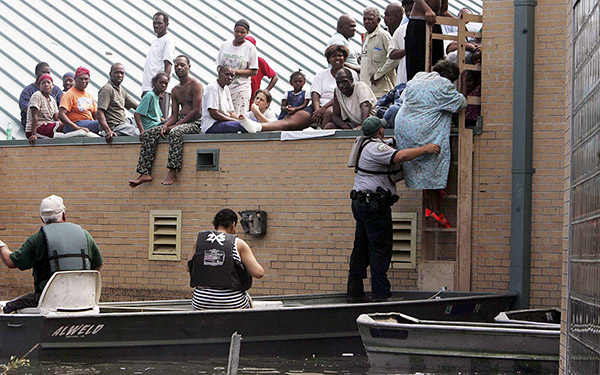 A woman is rescued from a school rooftop after being trapped with dozens of others in high water in Orleans parish during the aftermath of Hurricane Katrina. (Photos by Getty Images) 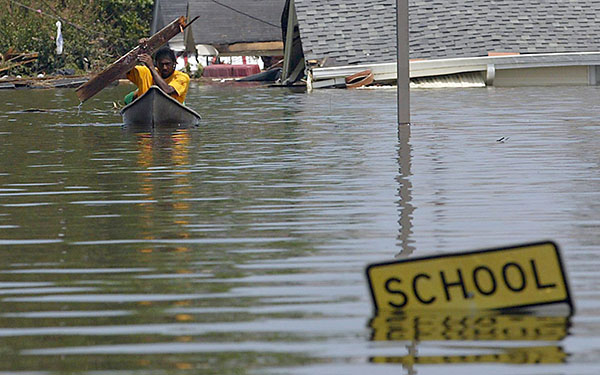 A resident uses a board to paddle through a flooded school zone in New Orleans. 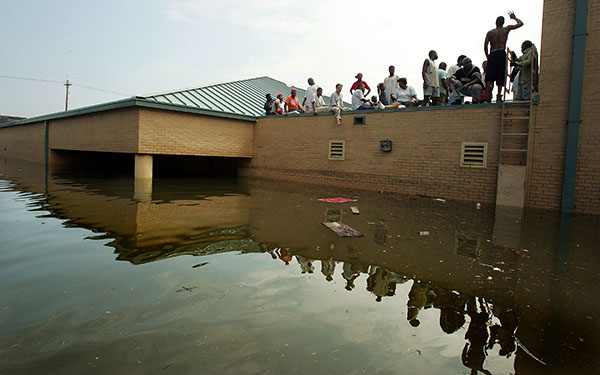 Survivors from New Orleans’ Lower Ninth Ward wait to be rescued from the rooftop of the Martin Luther King Jr. School and Library, one of the only two-story buildings in the area, after Hurricane Katrina on Aug. 30, 2005.
AUGUST 31 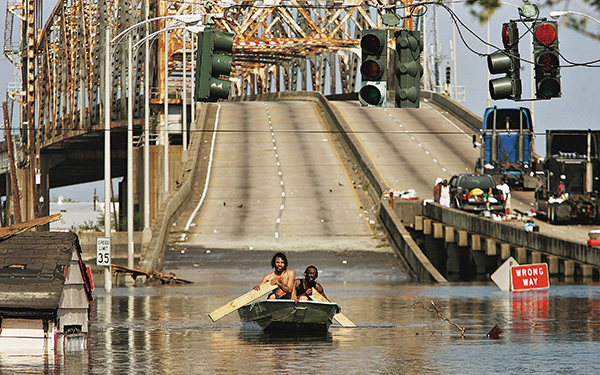 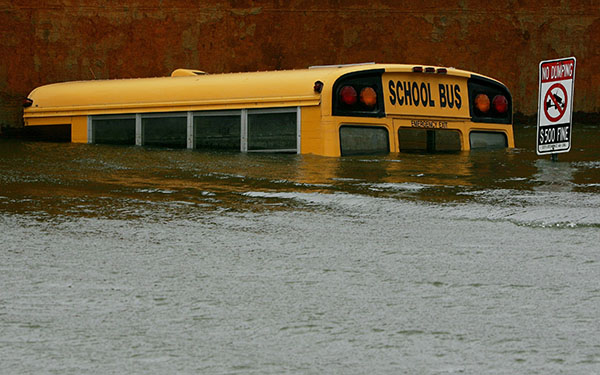 A submerged school bus is seen in the flooded Lower Ninth Ward on Sept. 24, 2005. 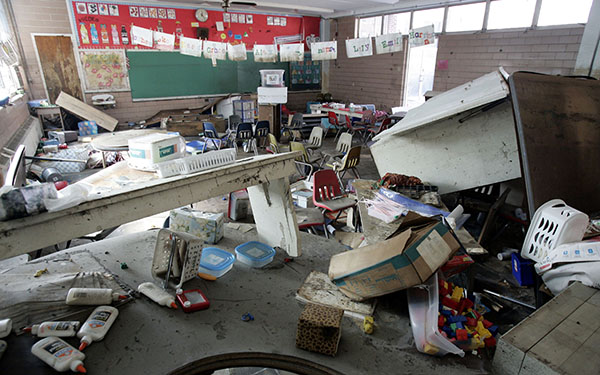 A destroyed classroom at St. Dominic's school is seen before it is cleaned up after more than a month under water in the Lakeview area of New Orleans, Louisiana. Oct. 14, 2005. 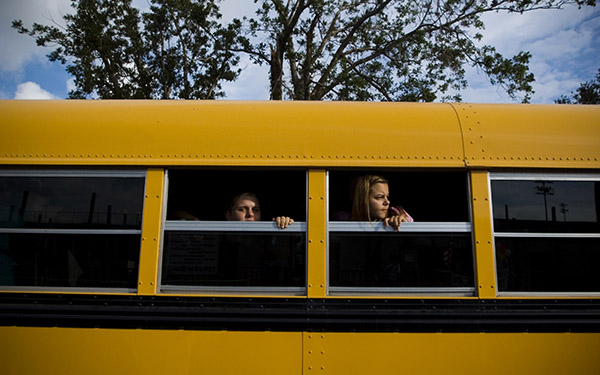 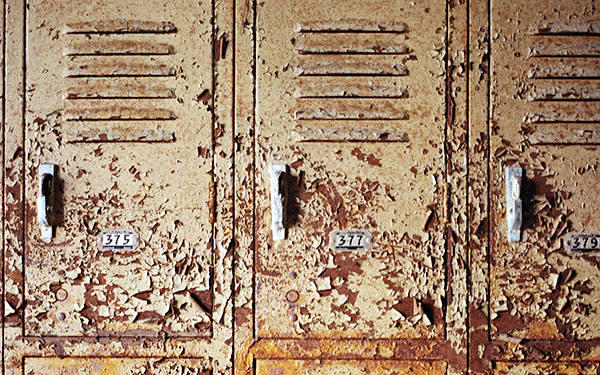 A small group of lockers continue to rust inside Alfred Lawless High School July 29, 2007 in the Lower 9th Ward. 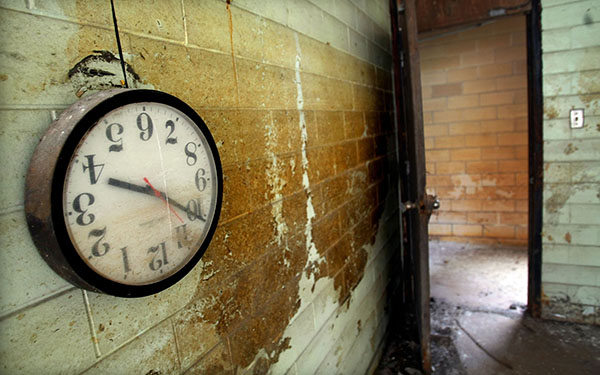 A clock hangs upside down inside the heavily damaged Lawless High School, Aug. 28, 2007. 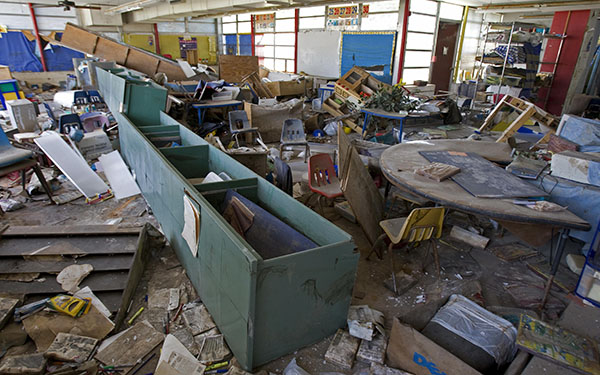 Aug. 22, 2007: A classroom at Hynes Public School in the Lakeview neighborhood of New Orleans is left abandoned almost two years after Hurricane Katrina. 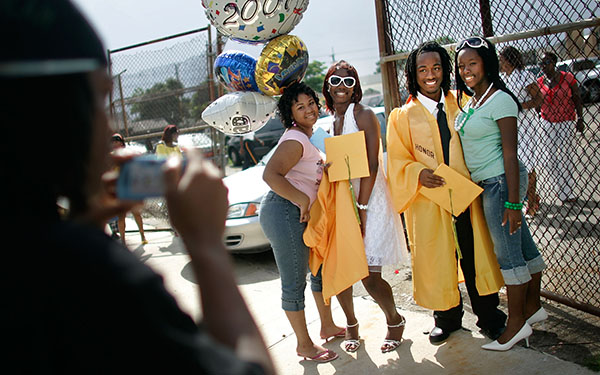 Students from John McDonogh Senior High School’s first graduating class since Hurricane Katrina celebrate and pose for photos after their commencement June 8, 2007 in New Orleans, Louisiana. The struggling inner-city school was damaged by Hurricane Katrina in August 2005 and students were only able to re-enroll in the school a year after the storm. 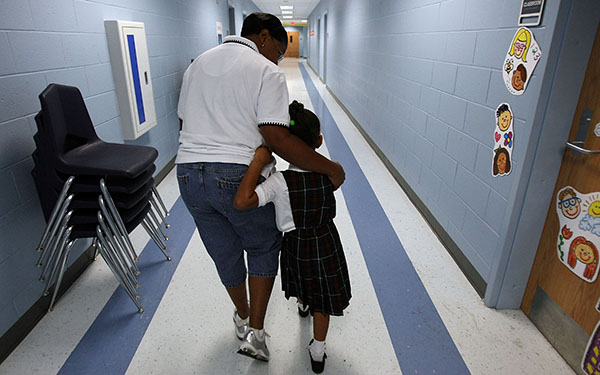 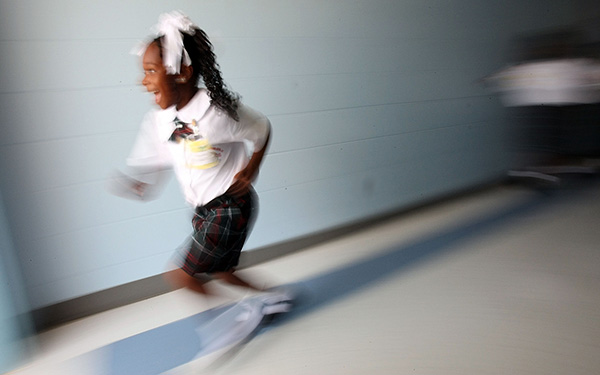 A kindergartner runs toward a playground for recess on her first day of school at Dr. Martin Luther King Jr. Charter School for Science and Technology in the Lower Ninth Ward on Aug. 20, 2007. 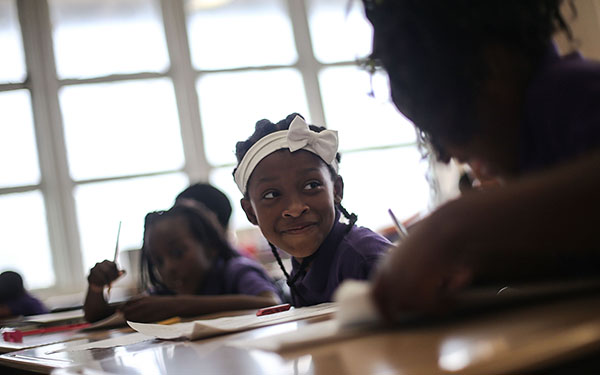 Students attend class at the Encore Academy charter school on May 13, 2015 in New Orleans, Louisiana. 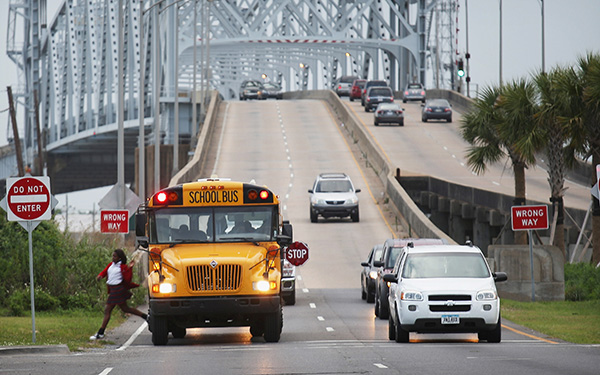 A school bus drops off a student in front of the Claiborne Bridge in the Lower Ninth Ward on May 12, 2015 in New Orleans, Louisiana.
A 74 Documentary | Part I: Reopening in the Flood Zone