Rochester, New York
As the principal recounts the story, one of her seventh-graders was playing basketball outside on the playground as students were dismissed from Enrico Fermi School 17 the day before Christmas break last year.
Another student appeared in the waning light of the December afternoon, an eighth-grader who should not have been at the school because he’d been suspended for fighting. The older student approached the basketball player from behind, put a gun to his back, and marched him toward the school amid a throng of students.
The principal, Caterina Leone-Mannino, dialed 911 but the boy ran off before police arrived. No one was hurt. While the confrontation was captured on security cameras, the weapon was never recovered and no charges were filed, Leone-Mannino said.
Still, she described the incident as a tragedy narrowly averted at a meeting with city and school leaders in February targeting school violence. Among those attending was Rochester Mayor Lovely Warren, who would, two months later, announce an audacious plan to overhaul Rochester’s long-suffering public school system.
Warren would later suggest that this incident, as much as years of dreadful test scores, poor graduation rates, and rampant absenteeism, epitomized the failure of the city’s schools and deepened her resolve to prevent struggling students from slipping through the cracks.
Leone-Mannino explained to the group that the student toting the gun was well-known to social service agencies around the city: At 14, he had already been in and out of jail as he bounced among legal guardians. The summer before, he was witness to a shooting involving at least six people during a party at his foster home, Leone-Mannino said.
Leone-Mannino said that she and her staff fought to get the troubled student into mental health counseling through a local provider for months before he was suspended, but were unable to secure family permission to do so.
“There should have been a protocol in place to make sure he was involved in preventative counseling,” she said. “It's like, how bad do we wait for it to get until we do something? … It's just too common of a story here in Rochester.”
Warren agreed. “Here you have a school, you have a principal that’s trying to move the mark, to do the right thing, within the system,” she told The 74 in a recent interview. “And despite that, you still have these archaic rules and regulations that do not benefit either child. So what happens? What happens? They’re both condemned.” 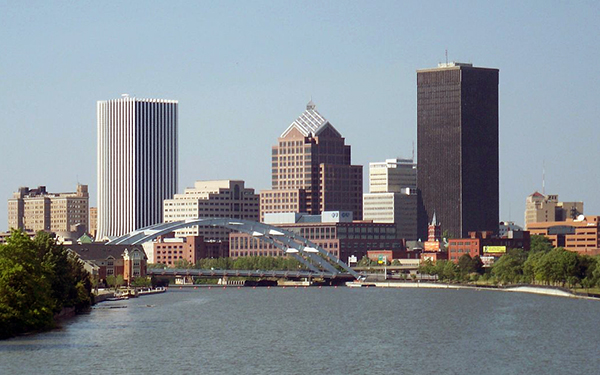