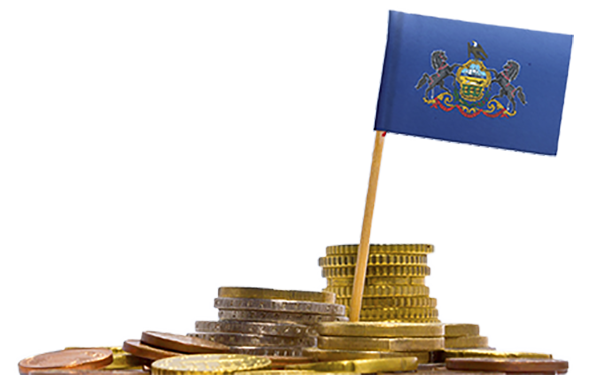 Fed up with four months of political wrangling over the state budget, Pennsylvania’s cash-strapped schools are banding together to push for an emergency funding measure that would keep classrooms open until a state budget is approved.
Dozens of districts continue to borrow millions of dollars to make payroll and keep the lights on, racking up tens of millions in interest and fees, because the state’s lawmakers have yet to pass a budget and release education aid. (Read The Seventy Four’s investigation of the unprecedented financial chaos facing Pennsylvania’s schools)
Many of these districts used technology to leverage their collective muscle in an emergency video conference Tuesday night. They are hoping to suss out a shared solution to a fiscal mess that is threatening student learning and burdening taxpayers with further debt.
Some districts continue to cut deals with their vendors to hold off or reduce payments, with the understanding that the money will eventually start flowing in from state coffers.
“They’re clearly trying to do everything they can to stay open,” said Susan Woods, a spokeswoman for the state Auditor General’s Office, which has been surveying school districts this fall.
The Auditor General put the total borrowing at $346 million as of the end of September — but that number has surely soared, based on what districts have since reported, Woods said Wednesday. Updated numbers are due out next week.
Meanwhile, Pennsylvania lawmakers are still getting paid. Why shouldn’t teachers, social workers, guidance counselors and school nurses?
Jay Badams, superintendent of Erie’s Public Schools, one of the poorest districts in the state, brought that question to Gov. Tom Wolf in a personal meeting Monday, asking for a zero-interest advance on the education aid that they’re due this year, just to make ends meet until the budget impasse is resolved.
Erie, which serves 12,000 students in the state’s fourth-largest city, has already gone so far as to consider shutting its doors temporarily if it runs of cash.
That worst-case scenario now appears to be few months off, rather than a few weeks away.
If no budget deal materializes within the next week or two, Badams said the district will pull the trigger on a $30 million loan to get by through mid-January, costing Erie about $114,000 in fees.
While the state Treasury is “sympathetic” to Erie’s struggle, a zero-interest loan “would not be appropriate under the current circumstances,” a state official wrote in an email to Badams Wednesday.
An aid advance to school districts, according to the Treasury, must first be requested by the state Education Department, whose spokeswoman was not prepared to comment Wednesday. But it seems the governor won’t go there.
Tuesday, Wolf told reporters in Pittsburgh that he would not authorize such a request, the Philadelphia Inquirer reported.
Reached for comment Wednesday, a spokesman for Wolf’s office said in an email that the administration is prepared only to offer districts an “intercept agreement” that will guarantee a loan and can help them obtain a lower interest rate.
He declined to comment directly on the request for a zero-interest advance aid allocation made by Badams and his colleagues during their meeting with Wolf.
The administration has said it supports reimbursing districts for interest accrued as a result of the impasse; though that would require a special budget allocation.
Badams says that’s a small consolation because that money is still ultimately coming from taxpayers.
He’s undeterred, though, after hearing an initial “no” to his emergency aid request.
Moments after the Treasury’s response landed in his inbox Wednesday, Badams told The Seventy Four the district’s next step is to build on the video conference’s momentum. He wants  to lead a coalition of districts to push the state to act on a formalized, collective request for an emergency aid advance to those schools that need it the most.
“We’re not asking for the whole allocation, we’re simply asking for enough to keep our doors open until the impasse ends,” he said.
In Erie, that amounts to about $47 million to fund operations through February, Badams said.
About 75 districts throughout Pennsylvania are in a situation similar to Erie’s, with funds running out within weeks, Badams said the governor indicated during their meeting.
It’s those 75 or so districts that Erie is beginning to rally to tell state officials that they’re out of time.
Carbondale Area schools, in northeastern Pennsylvania, is among those in most dire need. On Oct. 12, the school board there authorized borrowing $2.3 million to keep the district afloat, on top of $900,000 they’ve already drawn down.
Carbondale Superintendent Joseph Gorham said he was heartened by the dozens of districts from across Pennsylvania, along with state agency representatives, that tuned into the video conference organized by Erie.
It was a chance for educators and school district supporters to vent their frustration, brainstorm solutions and strategize on how to make their voices heard in the state Capitol, Gorham said.
Gorham said state officials’ priority must be to adopt a school funding formula proposal that has already received bipartisan support from state lawmakers and is intended to erase inequity between Pennsylvania’s wealthier and poorer districts. The state is one of only three in the U.S. that does not have a formal method for distributing education aid.
“It has to be about a long-term solution,” he said of coming out of the current crisis. “Pennsylvania has a huge opportunity to be a leader in our country instead of constantly lagging behind.”
Submit a Letter to the Editor
October 21, 2015