Pennington & Rotherham: Why California’s Bid to Kill Income Tax for Teachers Is a Terrible Idea

Trying to find and keep teachers in California, legislators there are sponsoring the Teacher Recruitment and Retention Act. The bill’s idea is straightforward: to eliminate income tax for teachers. Really, who could be against that?

Specifically, the bill would exempt teachers who remain in the profession more than five years from paying state taxes on income earned from teaching. Additionally, the bill would offer tax credits for expenses involved in securing a teacher credential, such as graduate school tuition and fees and certification expenses. If the Teacher Recruitment and Retention Act passes in its current state, it would cost California taxpayers approximately $600 million a year.

(More from LA School Report: How a Unique California Bill Would Look to Keep Teachers in the State)

We’re all in favor of creative ways to recruit and retain good teachers, but this isn’t it. The Teacher Recruitment and Retention Act makes for lousy public policy, so much so that even the teachers unions are lying low on the proposal. So, at the risk of being Scrooges, on tax day no less, here are some reasons this idea might sound good but is actually a bad idea:

Like many states, California does have a teacher shortage. However, like most states, it’s not a generalized problem but one concentrated in certain geographies and subjects. For example, a recent report shows that 88 percent of California districts report difficulties hiring special education teachers, but less than 20 percent of districts report problems hiring English-language arts, music, bilingual education, physical education, art, or social studies teachers. In fact, just 1 percent of California districts have difficulty hiring social studies teachers. Cutting taxes for all teachers is an expensive and inefficient way to solve a problem that only affects some categories of teachers.

The plan also brings up the question: After teachers, who is next? If we say no taxes for teachers, won’t we also say that for first responders, public hospital nurses, police officers, social workers, or other vital public service jobs? Some of those fields have shortages, too; others are just important, like teaching. That’s not only lousy tax policy — it’s unaffordable.

Most fundamentally, if you want teachers to make more money, well, then pay teachers more. Providing teachers with tax incentives is a gimmicky and confusing way to raise teacher compensation. Right now the federal tax code has a “feel good” provision allowing teachers to claim a tax deduction for school supplies they purchase out of pocket. But many can’t use it because of how they file their taxes. A better idea would be to just adequately resource schools so that teachers aren’t paying out of pocket for work supplies as though they were contractors.

If California legislators wish to raise teacher salaries, they should do just that. And ideally, they should do it in a targeted way in places where there are shortages to make teacher compensation more responsive to real-life circumstances. That would require taking a hard look at the state’s school finance system and creating innovative ideas to meet the needs of the state’s specific human capital problems.

That, too, is fundamentally a tax issue — especially in California, where property tax caps have adversely impacted the quality of the state’s schools. But, while daunting, that’s an approach that would lead to systemic reform and improvement instead of a costly promotional stunt.

Next time you see students selling wrapping paper or panhandling to pay for field trips or sports, remember this tax proposal. Why do we resource schools with bubblegum and duct tape instead of through a more thorough and efficient system that leads to professional-style compensation for teachers?

Pushing back on gimmicks like the California tax proposal doesn’t make you a Scrooge. It makes you someone who thinks we can do a lot better.

Andrew Rotherham is a co-founder and partner at Bellwether, a national nonprofit organization working to support educational innovation and improve educational outcomes for low-income students; serves on The 74’s board of directors; and is a member of the Virginia Board of Education. 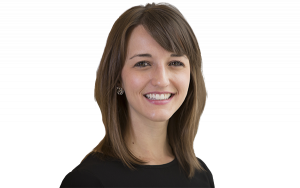