Pendergrass: The Great, Misleading Debate Over the Growth of America’s Charter Schools 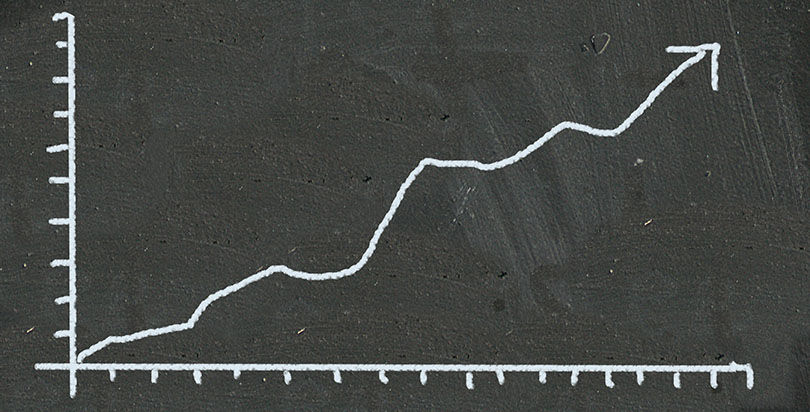 A national discussion is taking place about new data on the growth of America’s charter schools and what it means for the sector. Despite the fact that 327 new charter schools opened for the 2016–17 school year, and there are 200,000 more students attending charters this year, I’ve heard some in the charter movement describe the growth as “flatlining.”

That the rate of growth is slowing should not be that surprising, for reasons I’ll outline below, but this term implies that the charter school sector could be dying. It isn’t.

First, let’s be clear — there hasn’t been any letup in the demand for charter schools. A survey of parents of school-age children last spring found that 1 in 10 parents, or as many as 5 million, say that a charter school would be the number one choice for them. Currently, there are 3.1 million charter school students, indicating that at least an additional 2 million parents would choose a charter school if they could. Also, charter school favorability ratings have consistently been in the 65+ percent range across all groups. In other words, an institution that directly impacts fewer than 10 percent of Americans each year is viewed favorably by at least two-thirds of them, which I think is pretty impressive given the strong and well-funded opposition.

Unfortunately, the number of charter schools that can open each year is limited by several factors. The first, and most important, is seed money. Starting a public school from scratch requires funding. The main source of startup funds for the past decade or so has been the Charter Schools Program (CSP) grant from the U.S. Department of Education. Funding for the CSP program has been largely flat since 2010 at $250 million per year (there was an $80 million increase last year, but those funds are still making their way out to the states). This means that, for at least the past seven years, the potential number of new schools hasn’t been able to increase. And, sure enough, we have consistently seen about 500 schools opening per year.

(More at The 74: Robin Lake on slowing charter growth and the need to re-examine bureaucratic, funding, and political hurdles)

Basic math tells you that increasing by the same number each year, causing an associated growth in the base, will lead to a lower rate of growth, by definition. To be clear, the “flatlining” explanation addresses the rate of growth, not absolute growth. If the charter sector were to maintain an 8 percent growth rate, within the next 10 years there would need to be 1,200 new schools opening annually. If the sector is committed to quality and closing the lowest-performing 5 percent or so of schools, then about 2,000 new charter schools would need to open in 2026 alone. The conditions for that to happen are just not in place at the moment.

It is also true that in the past couple of years the number of new schools has been declining, from 500 in 2014 to 420 in 2015, to just 330 this year. So what’s happening? Research tells us that charter schools that start out strong stay strong, and those that start out wobbly stay wobbly. Not surprisingly, it is getting more expensive to open charter schools that will be high-quality from the start. The romantic notion of a couple of plucky teachers getting a charter to try the innovative ideas that have sprouted from their classroom experience and renting space in a storefront, or whatever space they can get their hands on, is probably not the best path toward quality. Today, those same teachers should expect to receive the financial support to fully vet their ideas, hire qualified staff, and open a school where the students have access to the basic public school offerings, including a cafeteria for healthy meals, gyms and playgrounds for exercise, and access to libraries and media centers. Though this requires more startup funding, tighter authorizer oversight, and some increased bureaucracy, the trade-off is worth it when considered from the student’s point of view.

Finally, the policy environment is critical to the number of schools that can open, as well as the number that must be closed. For example, Massachusetts has a very high-performing charter school sector, and 74 out of its 78 charter schools have waiting lists of students, with a total of more than 32,000 unique students on those lists. This week, applications for Boston charter schools shattered records. However, only about three new charter schools open per year in Massachusetts because of strict caps on charter school growth in the state. Yet when the potential for lifting those caps was put to voters last fall, the opposition was loud and convinced voters to pass up the opportunity to open more schools for the parents who want them. Conversely, Ohio has a generous law and used to open dozens of charter schools each year. But in 2016 it opened only eight new charter schools. After a steady stream of negative stories, Ohio has been actively engaged in improving the quality of the charter school sector in the state, and positive results are emerging. Part of this engagement has been to close schools that are not serving students well, and in 2016, 22 were closed. So the number of charter schools in Ohio did not grow last year and in fact declined. But is that a bad thing?
So, yes, the charter school sector has been growing at a slower rate for a few years. To grow at the same rate requires substantially more startup funds, but not just that. It also requires improved laws and political environments, particularly when accounting for the need to encourage quality from the beginning and closing schools that are not working, and greater accuracy from the media about what charter schools are and are not.
There are still way too many parents waiting for the chance to send their children to a high-quality public school of their choice. We need to find a path forward, through these constraints, to ensure the charter school movement is able to grow to meet the unmet demand while maintaining a high standard of quality.
Susan Aud Pendergrass is the vice president of research and evaluation at the National Alliance for Public Charter Schools.
Submit a Letter to the Editor
March 7, 2017

Susan Aud Pendergrass is the vice president of research and evaluation at the National Alliance for Public Charter Schools.

An Educator’s View: The Next Generation of Health Care Heroes Is Out There. We Must Begin Shaping Them, and High School Is the Place to Start