Park: Charter Schools Can Be an Important New Tool for Fostering Integration. Our New Coalition Is Working to Make That Happen 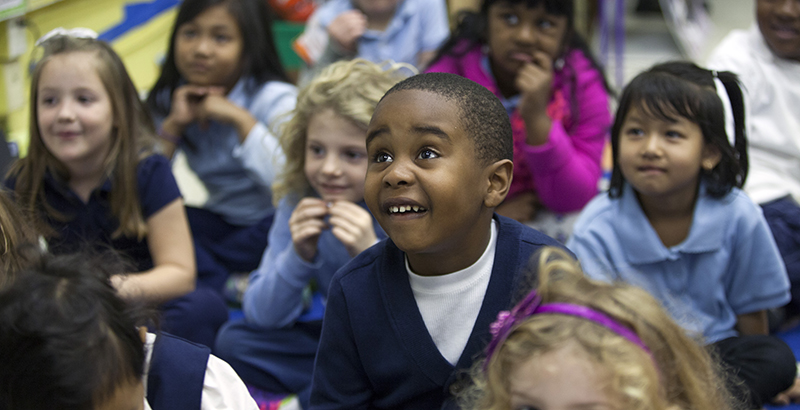 It’s been almost 50 years since Kamala Harris stepped onto a school bus and out of her racially redlined neighborhood amid the desegregation of the Berkeley, California, schools. Five decades later, the question of who goes to school where remains pivotal to kids’ and families’ lives and to the communities we build in this country.

In those years, much has changed. School segregation has gotten worse. Yet our understanding of the issue has changed for the better, and the evolving picture of public schooling offers new solutions. One important, and overlooked, element is charter schools, which are numerous in many places where segregation is common. Charter schools, independently managed public schools, are offering new approaches to this decades-old issue.

America’s painful history with segregation was injected anew into America’s dinner-table conversations after Harris’s exchange with Joe Biden at the second Democratic presidential debate. Finding solutions to this persistent problem remains fundamental to justice and opportunity in this country — and in an increasingly diverse nation, it’s more pressing than ever. Desegregation in America’s schools peaked in 1988; since then, the proportion of schools that are intensely segregated — more than 90 percent nonwhite — has tripled. This, in a country where most public school students are children of color.

But evidence shows that racial and socioeconomic integration offer benefits not just to children of color and low-income students but to all, ranging from test scores to college attendance to critical thinking skills. Scholar Richard Kahlenberg wrote after the debate, “If we want to break the cycle of poverty, few interventions are as important as efforts to give children a chance to attend high-quality integrated schools.”

High-quality public charter schools are among the new tools we have to advance desegregation and deepen our understanding of successful diversity.

Public schooling in 2019 looks far different than it did in Harris’s day – in part because charter schools have opened in places where there are large numbers of low-income students and students of color. Our student bodies are more diverse; so are the choices their families can make.

Charter schools are open to whoever chooses them, and some reflect the highly segregated neighborhoods in which they exist. As a consequence, some have criticized charters for supposedly worsening segregation, though that confuses correlation with causation. (There is also a vast difference between being placed in a school based on your zip code and choosing a school because it’s culturally affirming.) Charters offer choice to families that haven’t had that in the past.

The Diverse Charter Schools Coalition is proud to have assembled charter leaders determined to work with school boards and to recruit intensively to make their schools a force for diversity of all kinds and at all levels. We’re a small but rapidly growing alliance representing more than 175 schools nationwide that have a vision of what education should look like in today’s society — encompassing families, students, staff and leadership. We are determined to take on not just learning gaps but also an empathy gap that is far too clear.

It takes expertise and planning to create such schools successfully. Intentional diversity goes far beyond simply enrolling students of different races, wealth levels and other socioeconomic markers; it embraces a deepening understanding of an inclusive school community. Too often, desegregation means only that students attend school in the same building — often experiencing separate and unequal education under the same roof. We’re working to help schools not just attain diverse enrollment, staff and leadership, but foster inspiring communities where students can form bonds that cross boundaries, learn from one another and together develop a vision for their world.

We’re seeking to grow the number of these schools, in part by recruiting and preparing future leaders with a clear vision for new diverse-by-design charter schools. Our fellows are matched with a host school, exposed to exemplary models, given access to experts and resources, offered a tailored residency and provided with individualized learning. Leaders of our member schools receive coaching and support, which we plan to expand to district leaders as well.

America is a different and more diverse place than it was when Harris started school, yet our schools are just as segregated. We need to use every tool possible to change that, and charter schools must be part of that.