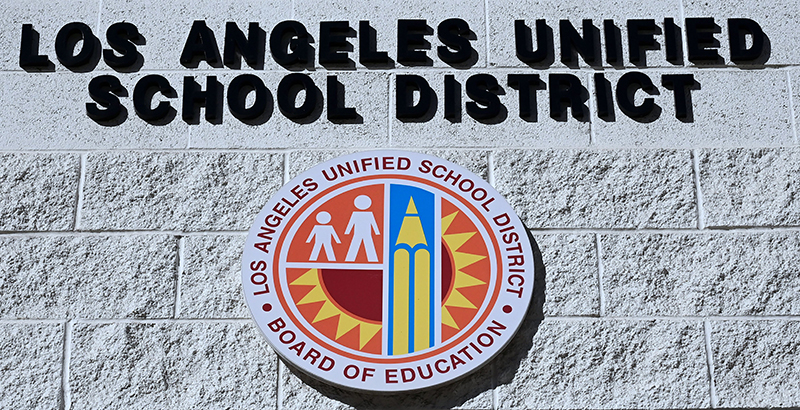 Parents of Los Angeles’s most vulnerable students are experiencing heightened stress in the run-up to Monday’s expected teacher strike because they feel they have the most to lose, say the leaders of two community organizations that work closely with parents of public school children.

Their children are already behind academically, and the parents fear that losing days or weeks of instruction will only make it worse. They already struggle with childcare and meeting basic needs, a situation exacerbated during the federal government shutdown. And pressure from teachers to keep their kids at home is breaking down their relationships in the classroom and dividing parents at their schools.

“Parents feel there will be a severe disruption on their kids’ education, as they feel that if they send their kids to school, it will be more about babysitting kids, not instructing kids. On the other hand, can they afford to keep them at home? The answer is no,” said Sandy Mendoza, director of advocacy for Families in Schools. “It’s a no-win situation for them.”

She added, “It’s like a loss-loss, not a win-win at all. Parents zero, students zero.”

Last-ditch negotiations Monday ended with no agreement, with the district saying United Teachers Los Angeles had rejected a sweetened offer that added $75 million to invest a total of $105 million to help reduce class size and add nearly 1,000 more teachers, counselors, nurses, and librarians.

Families in Schools, an L.A.-based parent empowerment organization, is one of the community organizations that parents have been reaching out to as they seek answers and support. It is part of CLASS — Communities for Los Angeles Student Success — a coalition representing 70 L.A. community partners, as is Alliance for a Better Community, a community organization working with Latino families in Southeast L.A. that has also been responding to families’ concerns as they look for answers and guidance.

Care for students with special needs has been a particular worry, Mendoza said.

“They will be around people that don’t know them, so there’s not going to be any way to provide the quality of support that they need on a consistent basis. They need consistent, uninterrupted support. Their life will be interrupted.”

They are also keenly aware that they are less able to handle the disruptions of a strike than other parents in the L.A. Unified School District. Mendoza said she heard other parents being interviewed on the radio saying they are hiring private instructors to work with their children at home during a strike. “That’s great for those families that can afford to get ready for the worst days coming out, but that’s not an option for all families,” Mendoza said.

In L.A. Unified, 82 percent of students live in poverty, 73 percent are Latino, and nearly half are or were English learners. The district also serves 65,886 students who receive special education services.

Vanessa Aramayo, executive director of Alliance for a Better Community, said the parents they have spoken with believe they will be negatively impacted by a strike.

Aramayo said that because of the “inequity throughout L.A. Unified,” and particularly in the city’s southeast, where there is a high rate of immigrant and low-income families accustomed to not having adequate services, parents perceive that a strike could make their situation worse.

“These are parents that unfortunately are used to not having their children’s educational goals met necessarily, and they see it as things are only going to build from bad to worse.”

Only 36 percent of Latino students at L.A. Unified meet reading standards and 25 percent meet math standards, according to state test results released in the fall. English learners, who represent nearly a quarter of L.A. Unified’s half-million students, showed no growth at all in reading over last year, and their math scores inched up by only a minuscule 0.04 percentage point.

Aramayo said the strike is causing division among parents.

“It doesn’t do anyone any good when you have your work situation, your financial situation that no one understands better than you, that is going to force you to make a decision, and then you have your neighbor making the exact opposite” decision about whether to send children to school during a strike, she said. “That is going to add to the sense of division that’s out there.”

“I don’t think it’s a surprise that there are two factions of parents,” some pro-union and some who support the district, Mendoza said. But the run-up to a strike is “heating the conflict” between traditional school parents and those whose children attend independent charter schools.

“There is conflict there, and this negotiation isn’t helping. When you have [union president Alex] Caputo-Pearl saying that he’s trying to make magnets and charter schools be part of the negotiations, that is just fueling the argument they’re already having over this.”

Aramayo also has seen how the parents’ worries are extending from the home to the school and to the whole community.

Alliance for a Better Community has been partnering with other organizations to share information and resources for parents. But Aramayo said it’s been hard, as misinformation has been circulating among parents, particularly in the southeast, such as what the legal implications could be for parents if they keep their kids out of school.

“In addition to not having options, some parents have been told that if their kids miss school, that they may have to present themselves before a judge at a hearing,” Aramayo said. Students who miss school during a strike will be marked as unexcused.

“So much is happening at a national level, so there is fear that this would more greatly expose parents who may not have a legal status in the country. But we are trying to address those myths and make parents feel assured that there’s going to be support for them.”

It is estimated that in L.A. Unified, 1 in 4 students has at least one parent who is undocumented.

Mendoza said parents have also shared their concerns about “the really harsh tone and the rhetoric” that they are hearing from some teachers. “A parent told us she was quite surprised by that.”

“There have been concerns and even some complaints about parents feeling pressured by union representatives to support them. They have been told that if they don’t support them, that means they don’t care and other harsh statements like that when parents are just trying to find out what’s going on,” Mendoza said. “Some parents really don’t even have time to go and hold signs to support teachers. They have other responsibilities.”

Mendoza said Families in School was the target of that harsh tone used by some union representatives when they released a statement and shared the district’s guide for families over the weekend to remind parents that the information is available.

“It’s a question of, is it really going to be a real strike? Are they going to be out days and days? Or are they going to do it just symbolically so they can hurt the district? I don’t know to what end. It feels like the [border] wall situation” that led to the federal government shutdown, Mendoza said. “It just feels to that level here in L.A.”

Aramayo said that if the shutdown continues, families will be lacking basic services like food stamps. “Because of the national political environment, this situation just adds to the stress of families.”

Mendoza added, “It’s not a good environment for students, and it is definitely not a healthy conversation, especially because it has been going on for too long already. They just need to get into a room and not come out until they’re done with this issue.”