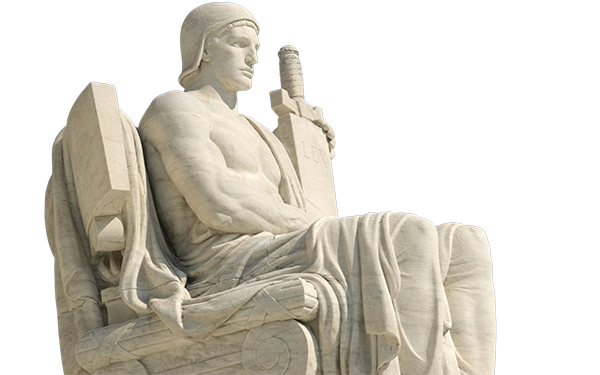 Parents fighting for an excellent education for their children have done battle at all levels of government: school boards, statehouses, Congress, and now, the United States Supreme Court.
A group of 12 parents have filed a brief in support of Rebecca Friedrichs and the other teachers now suing to overturn laws in California that require them to pay dues to their union even if the teachers disagree with the union’s positioning. (The Supreme Court has scheduled oral arguments for the case on Jan. 11)
“It’s important for the court to know this discussion is not in isolation of others, and the others are children,” said Gwen Samuels, president of the Connecticut Parents Union whose four children have or are currently attending public schools.
The parents argue there are three issues that exemplify the overlap between the collective bargaining financed by mandatory dues and education reform: seniority-based compensation and classroom assignment, policies that slow the removal of ineffective teachers, and “last in, first out” (LIFO) rules that require the newest educators be let go when layoffs are necessary, despite their job performance. (Read The Seventy Four’s LIFO flashcards explaining how this union job protection affects learning)
Those policies are “primary reasons for our crumbling public schools in disadvantaged neighborhoods,” the parents wrote. “They have substantially contributed to one of the greatest civil rights crises of our time: sentencing disadvantaged youth, often from poor and minority households, to failing and irremediable schools.”
Gloria Romero, a former California state senator who wrote her state’s parent trigger law allowing parents to petition for changes in their children’s low-performing schools, organized the brief. She described Friedrichs as a “David vs. Goliath fight.”
The parents who signed the brief understand that, historically, the greatest education reforms have come through the courts, Romero said, citing Brown vs. Board of Education and its predecessor, Mendez vs. Westminster, which outlawed the segregation of Mexican-American students in California schools.
Federal law already allows teachers to opt out of paying the portion of their dues that go directly to political activity. Friedrichs and the other teachers argue that traditional union activities, like collective bargaining, amount to political activity because they affect public policy and state budgets. (Check out The Seventy Four’s previous coverage on the difficulty in predicting the classroom impact if Friedrichs is successful.)
Although the legal arguments in the case hinge on whether forcing teachers to support unions violates their First Amendment rights, the parents’ brief to the court focuses on what they say are the educational consequences of mandatory dues.
The court’s rulings on the First Amendment have been fluid recently, said Dmitri Mehlhorn, a co-founder and current board member of StudentsFirst, an education reform group aimed at improving teacher quality and promoting school choice and equity. Mehlhorn (also an occasional contributor to The Seventy Four) said it was important to remind the justices of the “real issues” at stake.
When teachers are no longer forced to pay dues, the “tsunami of money” unions have used to oppose reforms will cease and “minority and poor parents, especially, will be able to see the reforms that we have been fighting for,” Romero said.
“What we’ve done is to make the link — what does freedom of association mean in the realm of education reform,” Romero said.
The parents face plenty of opposition. Samuels was devastated when the attorney general of her home state of Connecticut signed a brief, with the top lawyers for 20 other states and the District of Columbia, supporting the unions. The U.S. government, via the solicitor general, has also sided with the unions. So has a coalition of major civil rights groups, including the NAACP and ACLU.
Romero, a Democrat, said it was important to combat the unions’ argument that only “a bunch of right-wingers” and big-money donors like the Koch brothers supported Friedrichs and the other teachers.
“That’s a false narrative, that’s a talking point that the unions will use,” she said. “I thought it was important for rank-and-file parents, activists, to stand up and support rank-and-file teachers like Friedrichs.”
Samuels also was motivated to sign the brief because she sees a parallel between the teachers prohibited from making a choice to support the union or not and parents whose educational choices are limited. “Here, once again, you have a system that forces people to do something that is not in the best interest of children,” she said.
In the end, Samuels hopes the justices stay above the fray.
“To me this is becoming so political, and I am praying that the Supreme Court justices are above politics,” she said.
Submit a Letter to the Editor
December 14, 2015