Parent’s Perspective: Why My Fifth-Grade Daughter Opted Into This Year’s State Tests 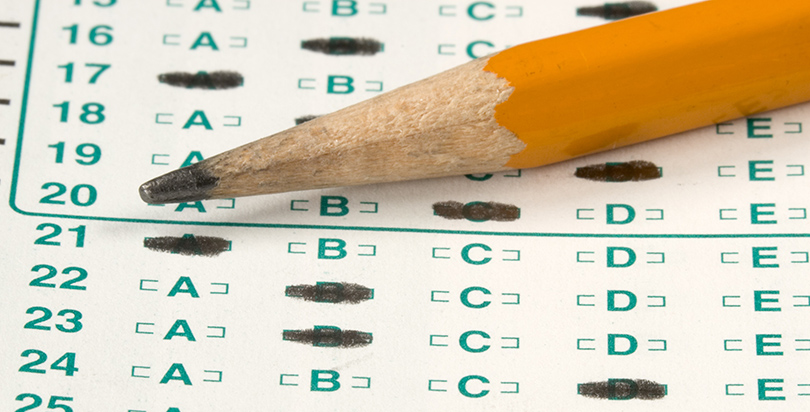 Harlem, N.Y.
I think we all remember what it was like to be in school and wanting to be with the “cool kids.” It used to be that meant wearing the latest sneakers or a cool pair of jeans, but in wealthy suburban school districts over the past couple of years, the latest trend is keeping your children home during annual school testing. The problem is that, unlike a pair of new Air Jordans, this so-called opt-out movement will end up hurting kids living in high-need areas. That’s because opting out of state tests scales back accountability and makes it harder to spotlight failing schools. The movement reached a fever pitch in New York a couple of years ago, but I’m happy to report that the tide is turning, and it’s becoming “cool” again to say yes to the state tests.
When my daughter took the state reading exam a few weeks ago, she joined hundreds of thousands of students in grades 3 through 8 who participated in the test. In fact, in 74 percent of the 206 New York districts, opt-out rates have decreased or remained flat compared with last year. That’s no surprise in my neighborhood, because parents living in Harlem depend on these assessments to spotlight schools that are failing and to hold the system accountable.
Opting out is a disaster for kids who have been trapped in a separate and unequal school system for way too long. Parents in communities like Harlem need a way to ensure that schools are making progress from year to year. We need a way to identify gaps in learning for our kids, to measure the performance of our schools, and to hold the system accountable when it falls short. Parents understand that high standards are critical to student achievement, and we can’t go back to letting millions of kids fall through the cracks and drift along with low expectations.
My daughter attends P.S. 36, a Harlem elementary school where just 18 percent of students passed the state math test last year. That meant my child had a one in six chance to be prepared for the next grade and an even lower chance she’d be ready for college.
I am not alone. For the most part, families in New York City understand what’s at stake. That’s why 98 percent have opted into state tests over the past two years — because we don’t have the luxury of opting out. Outside the city, the numbers of opt-outers have not been growing. It’s my hope that the opt-out trend is rightly fading away.
There is so much at stake, which is why we need to continue to measure our children’s performance. When people in New York and nationally call for cutting down or even eliminating accountability, it lets the system off the hook.
I’m saying “yes to the test” to fight against a separate and unequal education. I’m saying “yes to the test” because I want a better future for my daughter. I urge 100 percent of parents in New York state to do the same and say “yes to the test.”
Damian Gaillard is the parent of a fifth-grader who attends public school in Harlem, N.Y.
Submit a Letter to the Editor
April 30, 2017

Damian Gaillard is the parent of a fifth-grader who attends public school in Harlem, N.Y.