Pahl: How a Coalition of Educators, Activists and Families Saved Charter Schools in the New Mexico Legislature 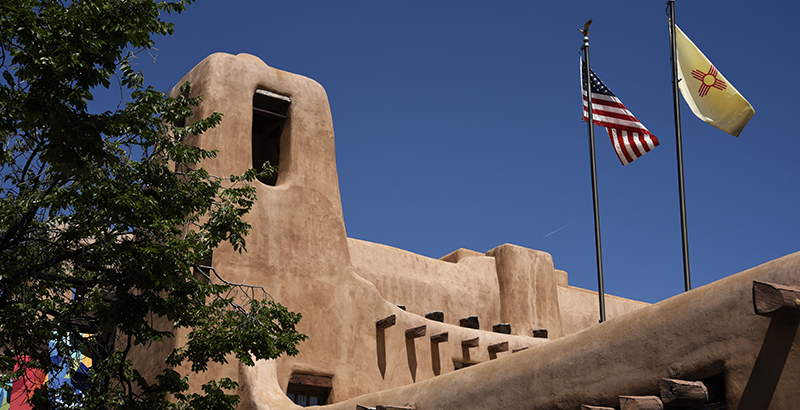 The 2019 legislative session promised to mark the year when charter schools were brought to their knees in New Mexico. With charters under attack by teachers unions in a number of cities and Gov. Michelle Lujan Grisham vowing during her campaign to impose a charter school moratorium, our state seemed ripe for charter schools to suffer devastating blows.

Of course, 2019 wasn’t the first time charter schools would see attacks from the legislature. The 2017 session saw a charter school moratorium reach the floor of the state House of Representatives, only to die after three Democrats broke with their party and sided with Republicans to defeat the measure. But between 2017 and 2019, two of those Democrats were successfully primaried out of their seats. Multiple new union-backed Democratic members in the House didn’t seem to help matters either. This set a foreboding stage for our charter schools, even though public charters in the state have made incredible gains in quality (42 percent of schools received an A or a B in the state accountability system) and displayed exceptional demand from students and parents (enrollment in charter schools has increased 33 percent since 2014).

Fire and brimstone weren’t the only narratives in the run-up to the legislative session this year. It became clear last spring that New Mexico was on the brink of a massive increase in state revenue, thanks to oil and gas. Further, a court had ruled that the state had not provided enough resources for education, particularly for at-risk students. As the 60-day session neared in mid-January, there was a ray of hope: Maybe the real fights would be in determining how to spend $1 billion in new revenue and how much would go toward public education, rather than tearing down public charter schools.

That didn’t happen. Not only was the moratorium on the docket, but a new, more dangerous proposal was also in play: a statewide charter school enrollment cap that would decimate school choice for families. The challenge seemed insurmountable because a provision was placed in a bill that provided nearly a half-billion dollars for at-risk students in the state and salary increases of up to 20 percent for teachers. Suddenly, a landmark omnibus bill that contained provisions the charter community supported also presented serious risk to the charter movement.

With battle lines drawn, Public Charter Schools of New Mexico sought to formalize a coalition that had long held similar interests but hadn’t worked together to fight for them. Excellent Schools New Mexico, the Albuquerque Chamber of Commerce, Albuquerque Public Schools, New Mexico KidsCAN and Public Charter Schools of New Mexico joined forces to defeat these measures and leverage our resources to educate legislators on these issues. It took a coalition like ours, and the relationships developed by our staff and board members over decades, to galvanize and prepare lawmakers with facts about charter schools.

But those efforts weren’t enough. In a true test of the faith we had in the impact of charter schools, we went to the people. We commissioned a survey from the state’s most reputable pollster to ask what Albuquerque-area families thought of charter school development. Overwhelmingly, across all demographic groups and across all parts of the city, parents wanted more charter schools. The poll revealed that more than two-thirds of parents opposed a moratorium on new charter schools. Further, when asked whether they wanted more charter schools, nearly 70 percent said yes. We published these results with urgency, receiving media coverage and, most importantly, fuel for important conversations at the state capital.

Public momentum supporting charter schools was growing, and the state’s largest newspaper delivered one of its best editorials in recent memory: “Why are NM Lawmakers Declaring War on Charters?”.

But the real game changer was leveraging our charter school communities to advocate for themselves. We recruited charter school board members and families, and this community dispatched more than 1,000 phone calls and emails to their legislators throughout the session. Our coalition provided multiple avenues to engage with legislators, and we provided easy-to-use talking points and charts to help our broader community fight for itself. In a small state like New Mexico, you likely see your legislator at your local grocery story or restaurant. This makes our elected officials more accountable to their communities.

In the end, acting strategically as a coalition of charter supporters, shining a spotlight on public opinion and empowering our larger community to advocate was successful. Strong leadership emerged from both parties that led to bipartisan action against the measures. The enrollment cap was removed from the education funding bill in its first committee hearing, and the charter school moratorium, largely expected to pass the House easily, stalled in its second hearing despite the support of teachers unions and other advocates of traditional education.

Eight percent of the state’s students attend charter schools, and after 20 years, we have tens of thousands of charter school alumni. We activated the broader community established by our schools to defeat the charter takedown. Our community spoke loudly this legislative session, and we’ll be working tirelessly with our partners to ensure that their voice continues to be heard.