Opinion: Why Improving America’s Schools Must Begin with a Plan to Boost Youth Literacy 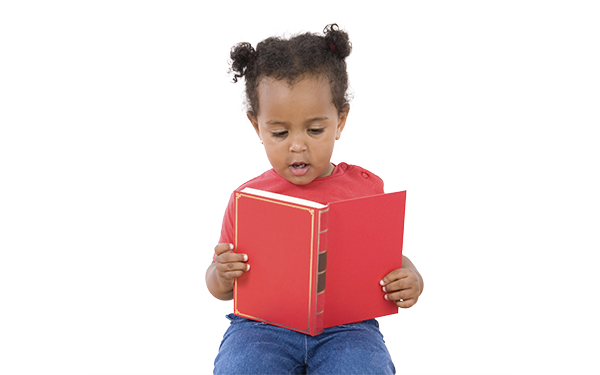 Now that the race to select the next President of the United States is underway, it’s time to have a national conversation about our schools. A real conversation that goes beyond political footballs like Common Core.
The truth candidates must confront is that our kids are losing the global education race. American students are consistently outranked by dozens of countries in academic performance, beaten out by the likes of Estonia and Vietnam. By most measures we’re losing ground each year, falling further behind as Asian and European schoolchildren surge ahead.
This represents a serious threat not just to our global economic competitiveness but to our American way of life. Gone are the days when a high school dropout could expect to earn a middle-class wage in manufacturing. Decades of research have taught us that kids who don’t succeed in school are now far more likely to face a life of poverty and hardship.
To give American students the chance that they deserve, we must begin with the most foundational skill: reading. How can we expect to be a nation that leads the world in education when only one third of our fourth graders are proficient in reading?
We now know: If a child hasn’t mastered reading by the fourth grade, that child is four times less likely to complete high school on time. After all, a student’s entire experience in school is shaped by the ability to read materials presented in class, complete daily homework assignments, and perform basic research. A child who is struggling with understanding the words on the page or on the screen in front of them is isolated from their peers, loses self-esteem, and can feel overwhelmed by their assignments.
The impact on lower socioeconomic students is even more pronounced. Only 20% of children from low-income households currently test at grade level in reading.  Children whose parents have limited literacy skills are twice as likely to struggle with reading themselves, creating a vicious cycle for our most challenged and vulnerable families.
So let’s start with reading. We hear a lot about the so-called ‘STEM’ skills on the campaign trail (Science, Technology, Engineering, and Math), but the reality is that these subjects are largely irrelevant to a vast majority of students who aren’t receiving the support they need to master reading. How can you teach engineering to a student who’s having a hard time with reading?
Compounding the challenge of early reading is the prevalence of state-mandated retention laws. Modeled after an initiative created in Florida under then Governor Jeb Bush and replicated in states like Ohio under Gov. John Kasich, these laws require children to pass a standardized reading test in order to advance to the fourth grade. Fail and you repeat the third grade.
It sounds like a good idea, but educators know that repeating the same program that didn’t work the first time around is not a recipe for success.  Neither of the major studies done on Florida’s program has been able to show a clear link to long-term academic benefits for students.
We can do better. Instead of waiting until the later years in a student’s life to try and close a literacy gap that was created when they were a young child, let’s save money and attain better results by investing in innovative early literacy programs. There is no doubt that if students are given the proper tools to support effective reading habits early in their life, they are much more likely to succeed later in life. However, students can’t do this alone – it will require a commitment from our elected and educational leaders from across the nation.
Heading into the 2016 election cycle, our presidential candidates have an enormous opportunity to demonstrate leadership on this issue. We need a President who supports proactive, evidence-based approaches to improving reading proficiency at an early age, and will invest the resources necessary to support those programs.  An early investment in literacy will pay dividends for our entire nation, both in terms of educational achievement and fiscal responsibility. In fact, there’s plenty of hard evidence demonstrating that $1,000 spent helping a child with reading can avoid tens or even hundreds of thousands of taxpayer dollars down the road in public assistance, health, and safety programs.  It’s just common sense to make this investment into our children’s future.
The next president has an opportunity to write a different ending to this story. Reading proficiency is of enormous importance to America’s future generations, so it’s time for all of the candidates, regardless of party or ideology, to start talking about solutions which address reading deficiencies. After all, if our children can’t read the words “Republican” or “Democrat”, it really won’t matter which party is in charge.
Submit a Letter to the Editor
September 1, 2015 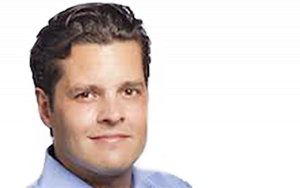 Michael Lombardo is CEO of Reading Partners, a national nonprofit organization that provides one-on-one reading tutoring to elementary school students and works with schools, districts, and policymakers around the country to increase reading achievement. He is also a social-entrepreneur-in-residence at Stanford University and on the advisory council of the My Brother’s Keeper Alliance.