Opinion: What Trump Gets Wrong About the Economy — but May Get Right About School Funding 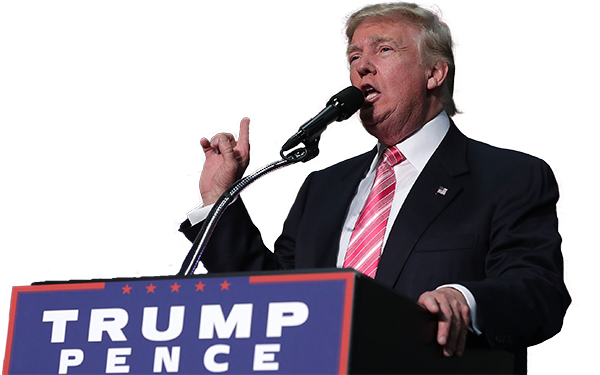 The economy will be one of the six topics discussed tomorrow. With that in mind, it’s likely that the Great Recession and its effects will come up a lot. In Trump’s jaundiced view, the country has not yet recovered. On the contrary, he recently said at a rally in Pennsylvania that “our country is becoming a third world country. ”

Fortunately for us, what The Donald thinks about the economy really isn’t supported by facts. We have created jobs for 78 months in a row. The unemployment rate has been steadily falling for years and is now at 4.9 percent. And most experts agree, the recovery of the American economy has been among the most successful in the world.

Yet — and I’m sure this isn’t what he had in mind — when you apply Trump’s cynical vision to our public schools, he’s largely right.

States haven’t bounced back from the recession. A study from earlier this year by the Center on Budget and Policy Priorities found that many continue to spend far less per pupil now than they did in 2008. In fact, total state education spending per student was down by more than 10 percent after adjusting for inflation in seven states.

To be fair, the Great Recession crushed a lot of state budgets. But it’s been more than five years since the recession officially ended, and yet most states just haven’t increased their K-12 education spending. In fact, this year 12 states further cut education funding from their already depressed levels.

These cuts can have a serious ripple effect. Local districts, whose budgets also were hard hit during the recession, have struggled to make up the funding deficits created by state-level cuts. Property values — the primary way districts raise revenue for schools — have been slower to recover in most places than employment rates and incomes. As a result, districts have to make a choice between two bad options: They can try to find ways to make do with significantly less funding, or they can raise taxes, which could stymie economic growth.

The federal government isn’t doing its share, either. Title I funding, a more-than–$14 billion investment in public education designed to provide supplemental funding for low-income students, hasn’t been raised in years. The 2009 stimulus act provided a one-time infusion, but after it dried up and across-the-board federal budget cuts mandated by sequestration began, Title I spending decreased by almost 7 percent from 2011 to 2015.

Cumulatively, if Title I funding had kept pace with inflation, we could have provided around an additional $2.5 billion to 3 million more low-income students.

Sadly, the problems don’t stop there. As state education budgets decrease, a growing proportion of education dollars are used to pay for health and retirement benefits. Today, teachers’ health benefits eat up more than 10 percent of their overall compensation. That’s nearly 2 percentage points higher than the average rate for other types of workers. It’s worse when it comes to retirement. On average, teacher retirement benefits consume twice as much money as other workers’.

In sum, most states spend less on K-12 education than they did before the recession, and what little they are spending, more and more of it is going to retirement and health benefits.

But all is not lost. Here are four important steps we can take to get back on track and make school funding “great again”:

1. Spend more money in schools and on students. Money matters in education. Full stop. End of story. As shown by a recent literature review, most studies find that more money produces gains for students. However, while reasonable people can debate how much money we should spend on education, most can probably agree that states cutting budgets to levels lower than they had in 2008 isn’t the best way to improve. Investing more money in education will help to provide teachers and students with what they need to be successful.

2. Increase federal spending, particularly for low-income students. Due to sequestration and a general aversion to government spending, the feds are investing less and less in our schools. That needs to end. At minimum, Congress should increase funding for Title I so that the program catches up and keeps up with inflation.

3. Make it equitable! At the federal, state and local levels, policymakers should ensure that any new dollars make it to the schools and communities that need them the most. Investing more money in education is great. But if we don’t spend it equitably, we are missing a big opportunity to make education the “great equalizer” it’s supposed to be.

4. Pay teacher pension debt, but change the system going forward. States and districts owe current and former teachers a lot of money. In fact, the National Center on Teacher Quality estimates that nationally we have around a $500 billion unfunded pension liability. Teachers didn’t create this problem, states did, by not investing in their pension funds and instead kicking the can down the road year after year. Without a doubt, states need to make good on their promises to these teachers. But that doesn’t mean states should stick with a pension system that is costly and unpredictable and yet doesn’t even serve teachers very well. Switching to new plans would stop states from digging themselves into a deeper hole and provide today’s teachers with quality retirement plans that better meet their needs.

To be sure, these steps alone will not take us to education nirvana. But what they will do is set us on a better path forward and signal to educators, families and policymakers that education is a top issue for this country. And investing those education dollars equitably will help to disrupt the deep and pernicious racial and economic inequality in this country. It’s not just the right thing to do. It’s the smart thing to do.

Max Marchitello is a senior policy analyst with Bellwether Education Partners. Bellwether was co-founded by Andy Rotherham, who sits on The 74’s Board of Directors.