Opinion: There Are More High-Needs Students In NYC Charters Than You Think 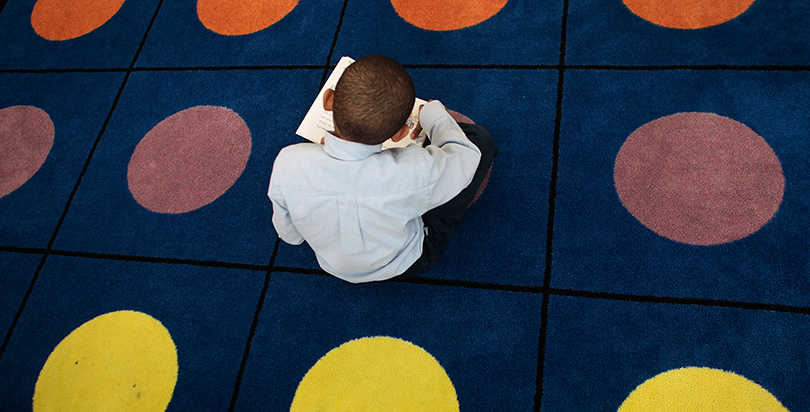 “For years the charter industry in New York City has pledged to try to educate all kinds of students, whatever their needs,” United Federation of Teachers President Michael Mulgrew said recently. “It has since become clear that these were empty promises.”
Mulgrew is lobbying the legislature to change state charter school law so that those serving a below-average number of children with disabilities or who don't speak English (compared to the surrounding district) may be punished.
Mulgrew has a problem right out of the gate, though—he’s using inaccurate numbers. A new union report highlights gaps between the percentage of high-needs students enrolled at traditional and those at charter schools, but its methodology inflates those gaps misleadingly.
Rather than simply provide the percentage of high-needs students in the entire student population broken down by traditional and charter schools, the UFT takes the percentages of high-needs students in every school and averages them. Using this method, a school with 100 students counts the same as one with 1,000 students.
New York City charters do serve a lower percentage of students with disabilities and English Language Learners than do traditional schools, but the gaps are not as wide as the UFT suggest—and they are closing.
In the 2014-15 school year, according to the State department of education, 19 percent of students in traditional schools received special education services, compared to 16.9 percent in charter schools. Also, 14.3 percent of students in traditional schools were ELLs, compared to 6.3 percent in charters.
(The UFT’s report shows a 6.5-point gap between traditional and charter schools among receiving special education services, much larger than the actual 2.1-point difference. The gap in serving ELLs remains roughly the same—about eight points—in both calculations.)
The important question is why gaps exist. Manhattan Institute Senior Fellow Marcus Winters has completed a series of studies using student-level data that seeks to answer that question.
Winters finds that NYC charters do not push out hard-to-serve students, as critics have charged. Just the opposite: more high-needs students enter charters than leave in later grades. The gap between traditional and charter schools primarily occurs because parents of children with special needs are less likely to apply to charters when their children are entering kindergarten. (The city’s Independent Budget Office has also studied the gap and produced similar findings.)
Winters’s research also shows that charters tend to do a better job helping to declassify students—raising their performance so that they no longer qualify for special services. Indeed, pressure on charters to serve mandated percentages of students could effectively punish schools that are particularly successful with high-needs populations.
Charters have also been criticized for failing to serve more students with the most severe learning disabilities. Many simply don’t have the resources or physical space that these students require— nor do the roughly one-third of traditional public schools that can’t accommodate children who need “self-contained” classrooms of one teacher for every six students.
New York City charters face a Catch-22: the city is reluctant to give them more space but also finds fault with them for not providing services that require more space.
That hasn’t stopped the city’s charter community from mobilizing to narrow enrollment gaps. The NYC Autism Charter School is devoted solely to children with autism, for instance, while 30 percent of students at The South Bronx Charter School for International Cultures and the Arts are ELLs. The New York City Charter School Center has also created a special education collaborative and ELL program to help charters attract and better serve these students.
The efforts are paying off. The UFT’s metrics show that from 2008 to 2015, the percentage of students with disabilities enrolled in city charters rose by nearly 50 percent; the percentage of ELLs doubled—even as the percentage of ELLs in traditional schools declined.
Which is not to say that the special education and ELL enrollment gaps don’t warrant attention. Is maintaining a population that reflects the district the best way to deliver equity—or should charters with special expertise focus on particular groups? If the former, how do you incentivize incentivize helping students advance out of their classification? When a network reaches a certain size, should it be held to a different standard?
Another idea worth considering is whether New York City should adopt a common enrollment system like those in New Orleans, Denver, Washington, D.C., and elsewhere. In these cities, parents are able to choose from both traditional and charter schools when deciding where to send their children. These systems have substantially narrowed high-needs enrollment gaps.
By all means, let’s have a conversation about expanding accesses to high-performing charters. But let’s make sure those conversations are grounded in facts and good faith.
Submit a Letter to the Editor
February 28, 2016