Opinion: New York Is Fixing Its Common Core Standards — and You Can Help

Critics of Common Core fault its standards for failing to reflect what teachers and parents think students ought to know. That’s one reason the revised New York standards released last week are important: They’re the product of an intensive collaboration between teachers, parents and other stakeholders — neither wealthy foundations nor advocates of any stripe nor government bureaucrats in Washington, D.C., or Albany had a hand in the writing.
Instead, over a week in mid-July, the more-vibrant-than-it-sounds New York State Standards Review Committee, drawn from across the state, convened in Albany for a rich discussion of ELA and math standards that produced significant recommendations for change. (I was on the committee.)
The proposed changes were released last week for public comment, and, in hopes of raising understanding and engagement, New York State Education Commissioner MaryEllen Elia encouraged those of us who took part to talk about the process as a “living” effort that will entail periodic revision of the standards going forward to ensure they remain vital.
What will this mean for you, your child or your students? Hopefully, better building blocks for learning at all ages. Far from merely being philosophical or academic, issues raised by the participants arose from their experience with the standards in classrooms and at home.
Theses are the basic facts of the Albany gathering: 80 or so participants, split into ELA and mathematics subcommittees, met and identified potential changes. Our recommendations were sent to the Board of Regents, where they were edited. Further edits can be expected after the education department receives public input on our proposals.
Most of the participants were teachers, but the groups included professors, academic coaches, administrators, parents and librarians; state education officials facilitated. I worked on math standards and witnessed firsthand how the diversity of perspectives led to deeply considered conclusions.
ELA and mathematics were each split into groups based on grade level or particular discipline (algebra I, geometry, algebra II, for instance). We painstakingly analyzed each standard with an eye for vague language and poorly sequenced expectations — issues that proponents and critics alike have raised — and deliberated over whether or what changes should be made, drafted new language and moved parts of or revised entire standards. (We sometimes spent 20 minutes discussing a single word!) We then documented the rationale for every change. Periodically, different groups met to discuss proposed changes that would affect each other’s discipline.
By the end, although we felt that we had done a great deal of difficult work, many of us wanted to do more — particularly to help English-language learners and students with disabilities. This is an enormous consideration and was mostly tabled, although the ELA group did begin to create a column running alongside the standards with annotations that provided teaching strategies for these populations.
In a similar spirit, the math subcommittee added a glossary of terminology that often appears in the standards. For example, we clarified that the term explain requires a student to show written proof, while justify allows for written, mathematical or illustrative proof. Making such distinctions might sound like counting angels on the head of a pin, but the vagueness of these terms has cost students points on the new state tests.
The column and glossary were the most radical proposals made by committee members. Only the glossary survived scrutiny by the Board of Regents, but we felt responsible for initiating conversations about potential ways to clarify usage and accommodate diverse populations.
We also began, but did not finish, a large and related discussion about improving the clarity of standards by linking them with relevant test items (from past tests or created for this purpose) and examples of student mastery on each standard. These questions may ultimately fall outside the jurisdiction of a standards committee, however.
We concluded the sessions optimistically, particularly looking forward to the proposed three-month window for public comment. The best way that stakeholders can chime in about the standards is by engaging with the revisions and providing feedback. Nobody involved in the revision process expected our recommendations to advance untouched into official status. Moreover, I know that the Department of Education deeply hopes that the public shares its appetite for continued revision.
We can solve the challenges related to better accommodating disadvantaged students and generally moving closer to perfect sequencing and clarity, but only if everyone with insight pitches in.
Now is the time to realize how much all of our voices matter, and exercise them. 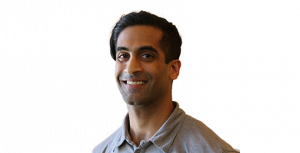